Specialty retailers with the leanest inventories as of March 31.

By Cecily Hall and Liza Casabona on June 23, 2005
View Slideshow 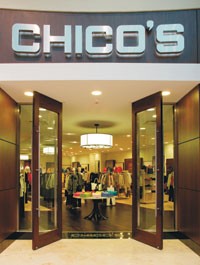 When it comes to valuing a retailer, taking a look at its inventories is crucial. The following publicly held specialty stores demonstrated the leanest inventory-to-sales ratios so far this year. Though many revealed a rise in inventory levels compared with last year, all 12 still fall below WWD’s industry average ratio of 50.1. WWD noted two weeks ago that rising inventories for some could most likely be due to bad weather for the first quarter this year. And just who is keeping these retailers so busy? Teenagers. Eight out of the top 12 have clothing or accessories lines or stores designed for teens.

Source: Company reports of the specialty retailers tracked by WWD. *Indicates a tie.