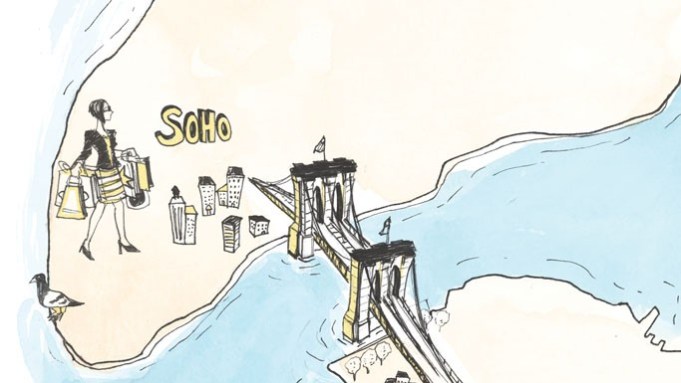 Owned by Eric Weiser and Stamatis Birsimijoglou, this inviting, light-filled fragrance boutique in Boerum Hill offers an eclectic mix from Brooklyn producers and international brands, including D.S. & Durga and Australia’s Tommi Sooni. “Finding a signature scent doesn’t have to be overwhelming,” says Weiser. “It’s perfume. It doesn’t have to be so serious.” 360 Atlantic Avenue; 347.529.4681; twistedlily.com

By Kilian’s first U.S. outpost lets customers explore its complete fragrance selection, including Apple Brandy, created exclusively for the location. The gem of a store, measuring about 400 square feet, is the first of more planned by the French-based brand. Next up: Qatar, with Seoul, Paris and London on the horizon. 804 Washington Street; 212.600.1298; bykilian.com

The lip-focused brand’s first store offers its full product lineup and an opportunity to create a custom shade of lipstick from start to finish. “It’s about instant gratification,” says Susanne Langmuir, founder of Bite Beauty. “Customers can follow the lipstick as it goes through the Willy Wonka process.” 174 Prince Street; 646.484.6111; bitebeauty.com

The Amsterdam-based bath and body line Rituals’ first U.S. store displays more than 200 stockkeeping units. The products are based on rituals and ingredients from countries like India, Japan and Nepal. “Eastern rituals are used as inspiration,” says Raymond Cloosterman, ceo and founder. “We’re a young brand with an old soul.” 231 Lafayette Street; 212.966.7100; uk.rituals.com

At the opening of its first-ever Brooklyn location, Sephora showed its support of the neighborhood by displaying the work of local artists.

On an ongoing basis, the store will showcase more than 13,000 products from more than 200 brands. “We saw a lot of opportunity in the Brooklyn beauty market and received client requests in this borough,” says the store’s director, Ninoska Rosa. “The community is vivacious and growing.” 210 Joralemon Street; 718.422.7722; sephora.com