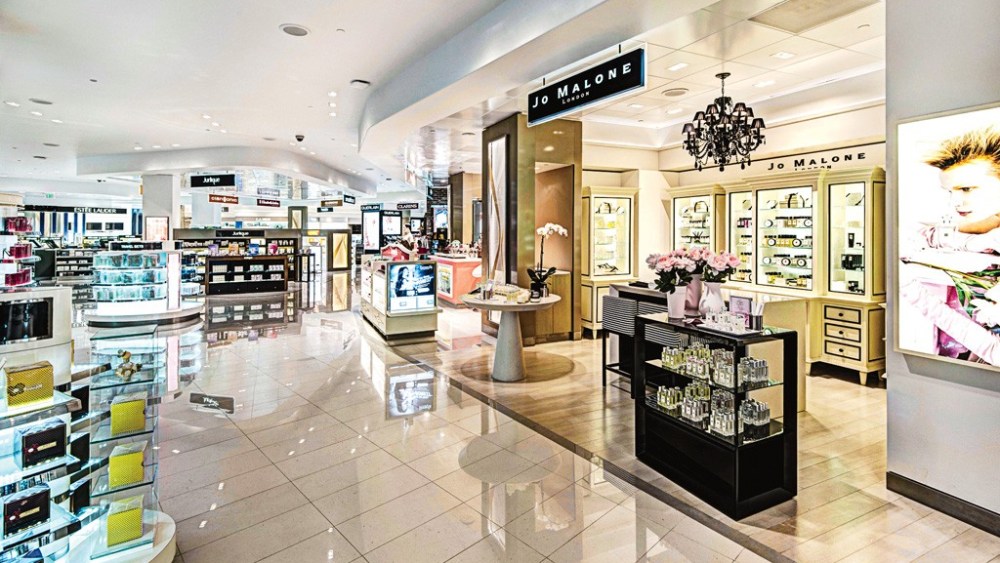 Hammer & Nails Opened: November 2013
“Although I’ve gotten manicures and pedicures, I’ve always felt uncomfortable because, let’s be honest, traditional nail salons aren’t designed with men in mind,” laments Michael Elliot. So he set out to create a nail salon specifically for men. “I want to be the Starbucks of this category. In four years, this could be like getting a haircut,” he says. Hammer & Nails has darkened windows, for guys who want to be discreet, and masculine grey walls. The rusted end of a 1953 Chevy pick-up truck serves as the front desk; the spa chairs are oversize leather affairs. Prices start at $23. 8257 Melrose Avenue; 323.302.5435

Selects Apothecary Opened: January 2014
Adjacent to the Benjamin with Negin Zand salon that hairstylist Benjamin Mohapi opened three years ago, 500-square-foot Selects is a place for Mohapi and cofounder Genavieve Lynch to channel their shared passion for product hunting. “I’m a product junkie,” says Lynch. In putting together Selects’ assortment of some 50 brands, including Fig + Yarrow, Juniper Ridge, Morihata Charcoal and Prospector Co., the duo were especially interested in aesthetics. “If you go into your bathroom and everything looks great, you feel good. It’s not just about what you put on your skin,” says Mohapi. 8908 Melrose Avenue; 424.249.3296

Ulta Beauty Opened: February 2014
Ulta Beauty has broken into the Los Angeles market with a 10,000-square-foot store at Midtown Crossing. Pamela Lent, Ulta’s vice president, says, “This store is a bit unique in that the project was one of the first multilevel developments in a very dense and demographically diverse urban area of Los Angeles, where retailers and consumers have not seen traditional large power centers or retailing opportunities of this scale.” Ulta plans multiple openings for L.A. this year and next. 4550 W. Pico Boulevard; 323.934.3692

Diptyque Opened: January 2014
Quaint neighborhood retail thoroughfare Larchmont Boulevard is getting more cosmopolitan by the minute, with Diptyque bringing its international flair to the street. “Our designer imagined the store like a promenade, where customers can stroll and discover the brand at their leisure,” says Donna DiDonato, managing director, Diptyque USA. The process is aided by Diptyque’s new vase ritual, which allows customers to experience fragrance after fragrance without the scent filling up the retail space, to give them a better idea of what a Diptyque eau de parfum will smell like when they take it home. 202 North Larchmont Boulevard; 323.962.3622