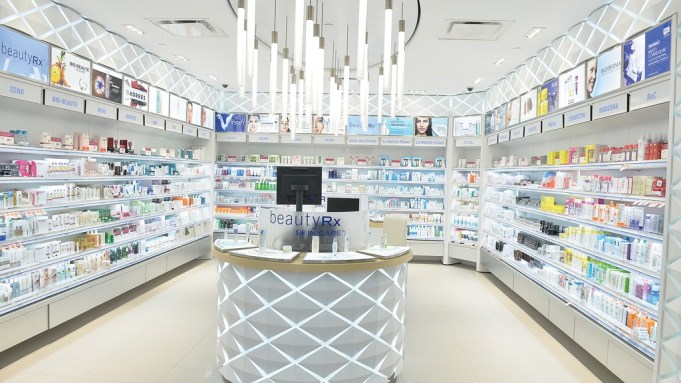 Canada’s Shoppers Drug Mart, already the envy of U.S. mass retailers, upped the ante with this year’s debut of its BeautyBoutique prototype. In an effort to give prestige brands a separate home, Shoppers Drug Mart, recently acquired by Loblaw Companies, carved out a store within a store stocked with brands like Urban Decay, Origins and Chanel. There are upgraded fixtures, digital signage, interactive tablets, testing areas and trained beauty advisers for cross-brand consultations. Shoppers Drug Mart still operates six freestanding Murale stores, which served as laboratories for the new concept. However, consumers’ penchant for cross-shopping—research shows 40 percent of Canadian women buy both mass and prestige cosmetics—has the chain favoring the one-stop approach. To that end, mass brands are separated by a wall but easily accessible. While executives wouldn’t disclose numbers, officials did say they’ve racked up “double-digit growth” in beauty and an increase in overall store sales since the opening of the new BeautyBoutique.