Retailer Re-brands Itself as Matchesfashion.com

Matches e-commerce now accounts for 70 percent of the company’s overall business, with net revenues for 2013 in excess of $130 million.

By Jessica Iredale on May 5, 2014
View Slideshow 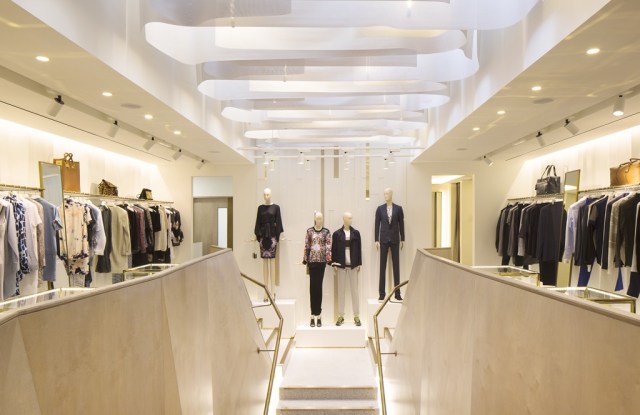 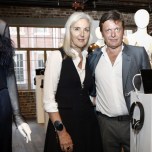 In April of last year, Tom and Ruth Chapman, the husband-and-wife founders and joint chief executive officers of the U.K. fashion mini-chain Matches, decided to re-brand their 14 storefronts in London as Matchesfashion.com to align with the company’s growing e-commerce presence. Changing the name of a store that’s been well established in the London luxury retail landscape since it opened in 1987 in Wimbledon to the name of its URL is nothing if not a statement on where priorities lie. “We’re no longer a brick-and-mortar business,” said Ruth, over lunch at the Greenwich Hotel in New York. “We’re an e-commerce business with a brick-and-mortar marketing opportunity.”

Matches launched its Web site in 2007, mainly as a unifying platform for the individual stores while catering to its then-nascent international customer who wanted to shop Matches while at home. The online store quickly outpaced the physical one. E-commerce now accounts for 70 percent of the company’s overall business, with net revenues for 2013 in excess of $130 million. Over the last quarter, the Web site has drawn an average of three million visitors a month and 1.5 million unique visitors a month.

Theirs is a true luxury audience. The average online basket is 600 pounds, or about $900. “We hadn’t realized how enormous the potential was,” said Ruth. “The volumes we needed to buy to satisfy customer demand were so much greater. So the whole buying model changed really quickly.” Eventually, so did the company’s overall concept.

The 25-year-old family-owned regional store — albeit located in one of the world’s most international cities — suddenly had access to an immense global market, which the Chapmans are eager to engage. “Doing e-commerce and doing e-commerce properly is a lot of work,” said Tom. “We said, ‘We’ve got to make a decision.’” In November 2012, Matches took a minority equity investment of 20 million pounds from two partners, Scottish Equity Partners and Highland Europe. The following year they added 200 employees, nearly doubling their staff, with some big recruits at the executive level including chief operating officer Ulric Jerome, and non-executive director Neil Stevens, who is chief vice president of Skype User Experiences.

There’s also the store’s magazine, The Style Report, a sleek, biannual glossy with separate men’s and women’s editions. Matchesfashion.com had been publishing an in-house magazine for about 10 years but relaunched it last year with a dedicated editorial team led by Kate Blythe. Lake Bell was on the spring cover. Mailed to customers around the globe and distributed in Eurostar lounges, first class and business class international airport lounges and hotels, the circulation for spring was 80,000 for the men’s issue and 100,000 for women’s. For fall, the target numbers are 100,000 for men and 140,000 for women.

Matchesfashion.com ships to 195 countries, with the U.K. as its number-one market, driving 40 percent of the volume. Number two is the U.S., accounting for 20 percent of the online business, though the Chapmans have plans to change that.

For years, international marketing was done on a word-of-mouth basis. “We might have had 10 clients in Los Angeles three, four or five years ago,” said Tom. That’s been amplified by search-engine optimizations, Google advertising and traditional press, which has been mostly local until now. The Chapmans’ decades of experience in brick and mortar have taught them that there’s nothing so effective as on-the-ground representation.

Last month, Matchesfashion.com held its first press day in New York, staging an installation at a townhouse on Bleecker Street with its men’s, women’s and accessories collections displayed over two floors. “We need to build physical presence here,” said Tom. “We never really spent much time over here talking to anybody. This is a way of us starting that process and saying, ‘This market is really important and we’re taking it very seriously.’”

To his point, just last month the company amended its shipping and return policy — free shipping, free returns within 28 days, free pick-up service for returns and, last but not least, customs duties are included so customers aren’t charged when they return merchandise. “We don’t want to be perceived as some foreign country that you have to import goods from,” said Tom.

As for the retailer’s fall buy, there was a fair amount of the expected brands for a luxury retailer, particularly those that classify as top sellers. “It’s the big boys,” said Tom, with Ruth adding: “Saint Laurent, Isabel Marant, Balenciaga, McQueen, Stella McCartney.” They stock the well-funded newcomers such as Marco de Vincenzo, Joseph Altuzarra and Christopher Kane as well. Perhaps more compelling was Matchesfashion.com’s edit of rare and obscure designers, among them Galvan, Joe Richards, Marques’ Almeida, Aries, Barbara Casasola and Paula Cademartori. At the New York presentation, each label was represented by a single mannequin mounted on a pillar and accompanied by an iPad dock and headphones so attendees could view the videos — designer interviews and behind-the-scenes stuff — that the store commissioned for each designer.

The press day model of tightly edited merchandise bolstered by digital extras was a taste of the Matchesfashion.com brick-and-mortar setup going forward, beginning with the revamped store that opened April 30 in Wimbledon Village. The company recently closed its string of four mini stores to open one larger space — roughly 3,500 square feet — designed by London interiors firm MRA to fuse the company’s traditional retail with an interactive digital-shopping component. That means less inventory. “I come from a commercial background and it’s always been about, ‘Cram the stock in, keep it on the rails, cram it in,’” said Tom. “Now it’s, ‘Keep it clean.’ We really will have limited product sku’s in the stores. You won’t find mountains of clothes. It’s a showcase.”

The idea is to highlight the newest, freshest, most directional of their collections, and then show the customers what else is available from the 7,000 to 8,000 stockkeeping units online — all sales associates carry iPads — through same-day delivery in the U.K. “There are so many customers out there who still aren’t shopping online, who still don’t trust the process,” said Ruth.

As the Chapmans see it, maintaining the stores’ physical presence has been crucial to the company’s online success, though not everyone has seen it that way. “So many [venture capitalists] said, ‘Well, you’ve got this online growth, what do you want your stores for? Close all your shops. Concentrate on the online,’” said Tom of the investment courtship process. “It was like, ‘Thank you, goodbye.’”