The search for a moderate-price bright spot has found a ray of light: exclusive brands appear to be withstanding the test of the economy. 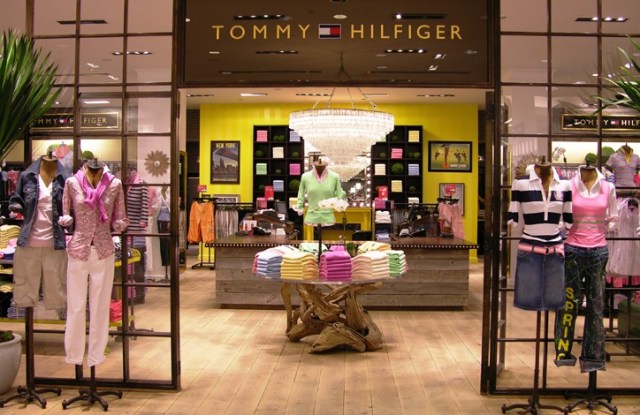 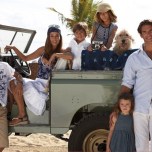 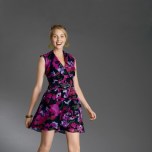 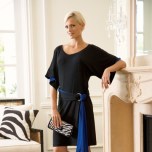 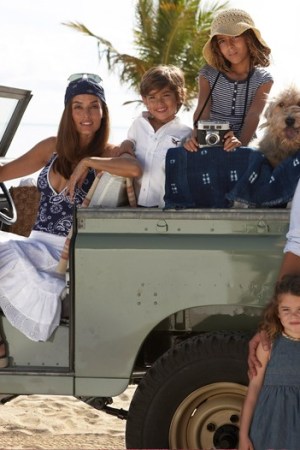 American Living is doing better now that it lowered its prices, according to J.C. Penney.

The search for a moderate-price bright spot has found a ray of light: exclusive brands appear to be withstanding the test of the economy.

After some rough going initially, retailers said the growing numbers of exclusive brands, including several launches last fall and this spring, are performing above plan and are among their stores’ bestsellers in an environment in which sales are struggling mightily against lower consumer spending.

With the success of recent partnerships, including Tommy Hilfiger at Macy’s, Allen B. at J.C. Penney, L.E.I. at Wal-Mart and Dana Buchman at Kohl’s — compounded by vendors searching for ways to expand their volume or simply save their businesses — merchants anticipate additional partnerships.

“We’re getting more and more interest on the part of our vendors in terms of us taking their brands exclusive,” said Terry Lundgren, chairman, chief executive officer and president of Macy’s Inc. “It is definitely possible that we could launch one or two exclusive brands in the very near future. I would love to see a great handbag line that would be exclusive, and I would love to see more in the category of women’s apparel. These are two obvious places where I believe we can have a breakthrough.”

“We are having more people come talk to us, and working on a number of those things, some as early as this fall,” said J.C. Penney Co. Inc. president and chief merchandising officer Ken Hicks. The retailer is particularly interested in juniors, young men’s, home and potentially men’s and women’s apparel.

“There obviously is an opportunity with diffusion lines, such as I [Heart] Ronson, Allen B. and Fabulousity,” Hicks said. “But we also are seeing people who have seen their distribution shrink because of retailers downsizing or going out of business, and they see J.C. Penney as a survivor that would provide security to partner with.”

Exclusive and private brands make up about half of Penney’s business. As the company steps up exclusive efforts, Hicks said Penney’s is “pulling back on secondary and tertiary national brands that people don’t know and that aren’t as important.” He said some of these brands are asking to be exclusive and have offered to bring in design partners, which can make the deal desirable for Penney’s.

Not all exclusives have worked. The high-profile O Oscar line at Macy’s folded last year and the introduction of American Living at Penney’s was less than impressive.

“Exclusivity is important, but I would rather have the right merchandise at the right price and right style,” Hicks said. “Having the wrong stuff all by myself doesn’t help.”

The theory for exclusives lines being desirable in this economy is pretty simple: On the retailer side, the company can control the supply, flow and markdown of product. With inventory issues and markdown wars at top of mind, these issues seem more important than ever.

“One of the challenges of the overall business today is that there is too much supply,” Lundgren said. “When a brand is just yours, you have supply and demand that is completely aligned.”

On the vendor side, struggling brands can latch onto a partner in hopes of being saved (even downstream), and more upscale designers can expand their volume and distribution with a more mainstream-priced diffusion line that’s controlled at one retailer, which is especially appealing as luxury is hit hard.

These brands traditionally haven’t had the highest margins, but that is changing for some lines with the innovative arrangements emerging in this market.

“Stores are signing different deals that are taking more control to use their private-label companies to build the product themselves, which makes much higher margin,” said John Henderson, a director at Net Worth Solutions Inc., who worked at Kellwood Co. “In these deals, the vendor does fittings, color and fashion direction, which is superior to private label, because retailers — because of where they are located or how they are investing — often lack the creative talent.”

Among some of the key partnerships, L.E.I. went downstream to become exclusive with Wal–Mart last summer, added Norma Kamali in the fall and partnered with Russell Simmons to launch American Classics this spring.

Macy’s took Tommy Hilfiger exclusive for fall 2008, and it quickly became one of the chain’s top-selling apparel brands. The exclusive Martha Stewart brand is Macy’s best home furnishings performer, with positive comps even in the hard-hit housewares market. The exclusive Donald Trump business is doing well in all its categories (Donald Trump cuff links is Macy’s number-one volume cuff link brand), and the introduction of Lush in 40 Macy’s doors is outperforming the retailer’s cosmetics business, Lundgren said. Exclusive or very limited distribution brands make up about 20 percent of Macy’s revenues, with private brands making up another nearly 20 percent.

Penney’s launched Liz & Co in spring 2007. It then launched American Living for spring 2008 with lackluster results, Fabulousity — a derivative line of Baby Phat — for back-to- school in 2008, and for spring 2009 launched Allen B. and I [Heart] Ronson, derivative brands of A.B.S. and Charlotte Ronson.

Belk launched Kristin Davis as a better clothing line for fall 2008, and Sears rolled out a line with LL Cool J for fall 2008, which sources said got off to a rough start.

As vendors approach retailers, sometimes searching for a safe haven or even last resort, merchants said they are eyeing deals carefully.

“The exclusive partnership has really exceeded all of our expectations,” said Colleen Kelly, Tommy Hilfiger president of wholesale. “Our launch month in September, when a lot of brands started to suffer, was when we had all our marketing and new shops in place, and we had an incredible month, increasing 47 percent in women’s and 20 percent in men’s that month,” Kelly added. “In the total fall-holiday season, we were up 30 percent in women’s and 13 percent in men’s…and the exclusive partnership helped us get there.”

Tommy Hilfiger is carried in about 570 Macy’s doors — some 100 more than it had been before the exclusive deal. The price range was also adjusted down at the launch to reflect value, retailing between $49 and $179.

“Joining Wal-Mart, probably the biggest retailer in the world, was the right thing to do at the time with the L.E.I. brand, which had been waning in the last few years,” said Jack Gross, group ceo of the jeanswear division for Jones Apparel Group Inc., which includes L.E.I. “The proprietary brand philosophy works very well because the retailer gives the brand much more respect, with better positioning on floor and visualization.”

“Looking at the remarkable drop in consumer spending, to have brands performing above plan like this is remarkable,” said Dave McTague, executive vice president of partnered brands at Liz Claiborne. “The consumer is demanding price-value, and sometimes the only way you can do that is get closer and closer as partners and decide who’s better at what parts of the supply change.”

The level of commitment is higher because the stakes are higher. If a brand commits exclusively to a retailer and doesn’t succeed, it has no backup channels of distribution.

Retailers agree there are five elements that make the difference between a success or a flop:

• Price: Exclusive brands at a retailer still need to fall within the retailer’s price range, even if the product has more perceived status. “There’s no great premium to any brand today,” said Rick Darling, president of Li & Fung USA, which makes many of the retailer exclusive brands both itself and through Regatta. “People used to talk about how much over the sweet spot a customer would pay because it’s a special brand, but the reality today is that people aren’t willing to go above what they can afford.”

An example is American Living. After the brand got off to a start that didn’t meet the much-hyped expectations (as the first of Polo Ralph Lauren Corp.’s Global Brand Concepts division ventures), the company adjusted the prices down, which Penney’s Hicks said has improved the sell-through.

• Filling white space: Li & Fung first identifies a white space before targeting a property, Darling said. “We first ask where is there a particular retailer need, then we ask what is the appropriate property to fill it.” Li & Fung’s Regatta produces the Kristin Davis line for Belk, for example. Belk Inc. president and chief merchandising officer McKay Belk said the line was outperforming the rest of the store’s better-priced offerings partly because it offered more modernity and newness than lines the store was otherwise buying.

“We do product differentiation not for the sake of just having product different, but to fill a void in our market place,” said Tony Buccina, vice chairman and president of merchandising at The Bon-Ton Stores Inc., adding that Evan Picone was the company’s star exclusive brand.

• Delivering design: The mainstream customer is more aware than ever of designer names, and is looking for that level of style delivered at a price.

“Why would you give your brand to a store?” said Bud Konheim, ceo of Nicole Miller, which has an exclusive diffusion line at Penney’s. “The original reason is they don’t want to have price competition, but that’s such an old reason, it’s already become predictable. The thing right now is the design. The value of exclusive brands is the design element that keeps the store looking individual. The point of the exclusive brand is to make them think of the destination store.”

• Excitement: One of the biggest draws of being an exclusive brand is getting preferential marketing and store placement, which in turn creates consumer excitement. But the brand must come with that, as well. Although Darling said he thinks pure celebrity lines are becoming less important than designer lines, the designer needs to mean something with the customer. For example, analysts said Dana Buchman means something to Kohl’s Baby Boomer customer.

“Stores need new ideas and a live person like Vera Wang who can speak and help traffic the stores,” Net Worth’s Henderson said. “Those types of brands are doing much better than the American Living brand that just stands for a direction.”

But with so many moving pieces in the economy, seeking out these exclusive deals isn’t a priority to all retailers.

“You always want to differentiate your assortment in some manner, but exclusive lines haven’t been one of our primary focuses right now,” said Lord & Taylor’s ceo Brendan Hoffman. “We’re more concerned with editing an assortment for a particular location and giving our customer a unique shopping experience that she couldn’t get elsewhere, even if she could get the same product. We don’t have the advantage of being the biggest guy out there, so we have to find other ways of taking advantage of our size.”