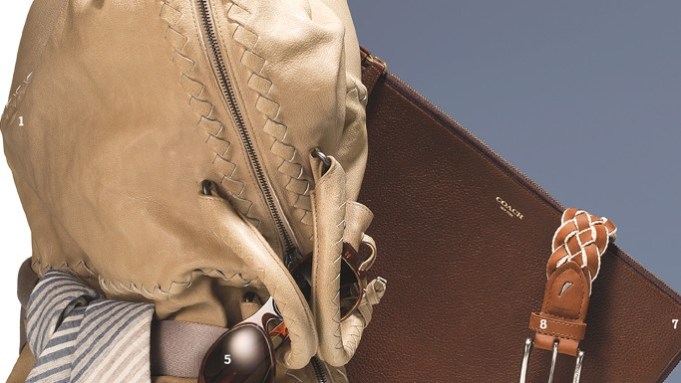 Dad’s going to get a boatload of apparel for Father’s Day this year — at least that’s what retailers are hoping.

Buoyed by continued strength in their men’s wear businesses, stores are loading up on slim-fit ties and dress shirts, shorts, colorful sportswear and swimwear. Retailers are readying a variety of events to lure in shoppers — everything from buy-one-get-one-free promotions and personal appearances by sports stars to charitable contributions to local hospitals.

Last year, total Father’s Day spending was expected to reach $11.1 billion, according to the National Retail Federation, with the average consumer spending $106.49. Projections for 2012 have not been released.

“I think it’s going to be a surprisingly good apparel Father’s Day,” predicted Ken Giddon, president of Rothmans. “People haven’t bought a lot of apparel for the past few years, but now it’s more top-of-mind. The trend toward narrower stuff has become noticeable to regular people now. We’ve known it in the industry for a while, but now men are coming into the store asking for it.”

Rothmans, which recently moved into a larger space in New York City’s Union Square neighborhood, is installing a Vineyard Vines pop-up shop for the holiday with an assortment of casualwear offerings that are expected to resonate well with shoppers. In addition, Giddon is expecting strong sales of swimwear, T-shirts and trimmer knitwear. “And the Father’s Day tie will be replaced by the Father’s Day pocket square,” Giddon said. “We feel really strongly about that. Not every guy has one, and it’s an inexpensive gift that comes in one size.”

Don’t tell that to Saks Fifth Avenue, which is preparing a “massive tie promotion” for Father’s Day. “The tie business is going through a renaissance,” said Tom Ott, senior vice president and general merchandise manager of men’s wear for the upscale retailer. “Men are now wearing ties because they want to, not because they have to.”

Novelty patterns in seasonal fabrications and different widths have drawn the younger guy to the store, and more-mature men are getting on board as well, he said. “Neckwear had lost its luster and excitement over the years, but we see the business coming back,” Ott said. “It’s an American staple. And it’s benefiting from the trend of people dressing up again.”

He said the windows at the New York flagship as well as some branches will be dedicated to the promotion. Ties will also be featured in the store’s Father’s Day marketing efforts, including its catalogue and online.

From June 14 to 16, the retailer, through its Saks Gives Back program, will donate 5 percent of sales to The Society of Memorial Sloan-Kettering Cancer Center’s Annual Appeal to Fund Prostate Cancer Research. Highlighted products include ties, bow ties and pocket squares. Ott said Saks’ charity initiative was unveiled at Sotheby’s during the auction house’s recent preview for the sale of Edvard Munch’s “The Scream” painting, which turned out to be the most expensive artwork ever sold at auction. “Season-to-date, we’ve raised $70,000 from the New York store alone,” Ott said.

An in-store promotion at the Manhattan flagship for Father’s Day will include artisans visiting the store to show customers how ties are created and offering some personalization options such as monogramming. The store has also developed six style tips that will be printed on collar stays that are available for purchase. These include same pattern, different scale; solids balance patterns, and necktie width should relate to lapel width.

“I think we’re going to have a good Father’s Day,” Ott added. “There’s a lot of buy-now, wear-now behavior and we’re loaded for bear. People think of shorts and T-shirts, so we have lots of that, and the tie thing will be the layer on top.”

Mike Nemoir, senior vice president and general merchandise manager of men’s for The Bon-Ton Stores Inc., said that while April sales were “just OK,” the company got a taste of summer selling in March when a heat wave blew through. “Everything we bought for summer and Father’s Day sold,” he said. “We saw really good conviction and great validation of the things we bought. So we’re very optimistic about Father’s Day from that shot of good news we got in March. Hopefully the business will transcend that.”

Most appealing to shoppers was color, he said, especially in tops. “The customer is voting on it. It’s really important.”

He also sees opportunities in upper and premium brands such as Polo, Calvin Klein and Tommy Bahama, as well as shorts, “if we get great weather.” In dress shirts, the store is looking for growth from Calvin Klein, Kenneth Cole, Geoffrey Beene and the “complementary neckwear. The wider tie is outdated, so that’s a pretty nice gift to update,” he said. “We’re expecting the furnishings business to be steady.”

Liz Rodbell, chief merchant of Hudson’s Bay Co., which owns Lord & Taylor, said: “We’ve had a very strong spring in men’s thus far this year and expect Father’s Day to follow suit with double-digit increases. We have a number of key items we believe strongly in and several men’s-focused events lined up to generate excitement and shopping around Father’s Day. We’re also pushing an online initiative to generate a personal conversation among our customers about their fathers.”

She expects growth to come from several areas — everything from the “expanded footwear assortment, which is on fire,” to a heightened emphasis on color. “Our Black Brown polo will be the big item this year, with over 28 colors in the solid pique, and an assortment of stripes which we have added,” she said. In addition, she said color in men’s bottoms “has been explosive this spring, and we have a solid lineup for Father’s Day in over 13 colors.”

She said in dress shirts, narrower fit is the “big story” for Father’s Day.

In order to drive traffic for Father’s Day, the company is hosting three events. The first is a Facebook contest that kicks off on May 25 and runs through June 11 where fans can share the most memorable lessons they learned from their fathers for a chance to win a $500 shopping spree. On June 4 at Lord & Taylor’s New York flagship, New York Yankees outfielder Curtis Granderson will be on hand to sign autographs for customers making a purchase of the New York Yankees fragrance. On June 7 at L&T, the company will host its biannual Guys’ Night Out event in association with Steiner Sports and emceed by Z100’s Danielle Monaro, where several New York-area athletes are expected to make an appearance and customers can win tickets to a Yankees game or a Black Brown wardrobe.

At Men’s Wearhouse, the retailer is gearing up for its biggest sale of the year. This year, shoppers will be able to Buy One Get One Free on almost everything in the store. The promotion, which starts Friday and runs through June 17, will be featured in TV ads, in-store marketing and online.

Beyond that, the company will be running a Father’s Day Gift Guide online beginning May 18, where consumers can find the key looks for the season — everything from summer casual to business attire and colorful accessories. Many of the items will be focused on the modern-fit suit, which reflects the growing demand for slimmer silhouettes. In fact, the company last week kicked off a new national television and online advertising campaign that encouraged men to express their individuality by showcasing young guys wearing their own takes on modern-fit tailored clothing.

“Regardless of profession, men are redefining how they interpret a suit and are adding casualwear and accessories, making modern suits fit their lifestyle,” said Doug Ewert, president and chief executive officer. “We embrace this trend and carry a vast assortment of modern fit, casual and classic tailored merchandise to help any man create his own look.”

The four 30-second spots showcase men wearing suits in a contemporary way, including short pants, no ties or bow ties, scarves and blazers over T-shirts or worn with jeans. In one commercial, Men’s Wearhouse founder George Zimmer pokes fun at himself for being a “suit,” and said guys wearing suits today are “the digital guys, the change guys,” and “you don’t have to be one to wear one.”