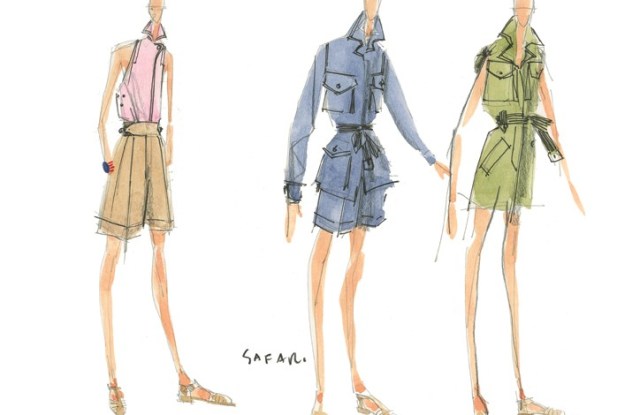 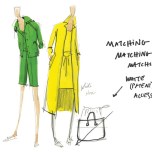 Retailers who previewed Isaac Mizrahi’s spring relaunched collection of the Liz Claiborne brand said the designer has proved himself to be the antidote to the better-priced label’s problems.

Based on early retail reactions, it appears Mizrahi’s debut collection could surpass the company’s goal of simply stopping the hemorrhaging, rather than immediately recovering losses and improving the natural margins and sell-throughs.

Bon-Ton is increasing its orders on the Liz Claiborne brand, which is in all the retailer’s 268 apparel doors, for spring by “double digits,” according to Tony Buccina, vice chairman and president of The Bon-Ton Stores Inc.

“Isaac raised Liz Claiborne from the dead and did her best line ever,” said Buccina. “He really breathed life into the Liz Claiborne product. It makes you smile looking at the product. It was a wow.…We’re going to reenergize, re-space and refixture our stores.”

Buccina said he hopes the relaunched product will bring the brand back to its glory days, and help the retailer’s business as well.

“They used to be our biggest resource in our company — in the Eighties and Nineties, no other vendor [generated] more margins than Liz Claiborne,” Buccina said. “They just lost their way, with different design help and management, and have been on the slide for about five years. They wanted people to play them down because their product was bad. But they made a bet with Isaac and they won. I think this is going to make them really, really big time. We need them to win and to make the apparel business better in the stores.”

In 2007, Liz Claiborne Inc.’s namesake brand did about $875 million in volume — less than half its peak in the early Nineties. Even stopping the steep sales declines — as much as 50 percent annually in recent years — would be of great relief to the $4 billion Liz Claiborne Inc. The brand represents nearly a quarter of its parent company’s volume — albeit the shrinking portion that is offsetting the growth from power brands like Juicy Couture, Lucky Brand and Kate Spade.

The line had been cut back at stores such as Macy’s or dropped entirely by others, such as Lord & Taylor in 2004.

Richard Baker, ceo of NRDC Equity Partners, which owns Lord & Taylor, said he didn’t know whether Lord & Taylor would bring back the line. But Baker said Hudson’s Bay Co., which NRDC also owns and which operates entirely in Canada, “expects to be an aggressive supporter of the brand in Canada.”

“I thought it was fabulous,” said Baker. “It was really a fresh and new look for the brand. Isaac is obviously very talented and committed to a long-term program.”

In a report last week, analyst Jennifer Black of Jennifer Black & Associates said, “We believe this line will sell-in successfully and retailers who do not buy will be remorseful.”

Black raved about everything from the “new, white fixturing” of the shops to favorite pieces in the line, which she thinks will appeal to a broader audience than just the traditional Liz Claiborne customer.

“The line was better than we imagined in our wildest dreams,” Black said. “The line is chic, fun and fresh with beautiful colors. We love the monochromatic schemes sprinkled with fresh whimsical splashes throughout. The company has taken the new Liz Claiborne logo and created a signature print. Some pieces feature this new signature print lining. Isaac Mizrahi’s team has focused on all the little details that matter, in our opinion. The bright yellow trench forecasts happiness, while the turquoises were as seducing as the Caribbean. The mixture of grays and whites, and stripes and polkadots, exuded a crisp, preppy feeling. The denim collection incorporated asymmetrical lines and fabrics perfect for versatility.”