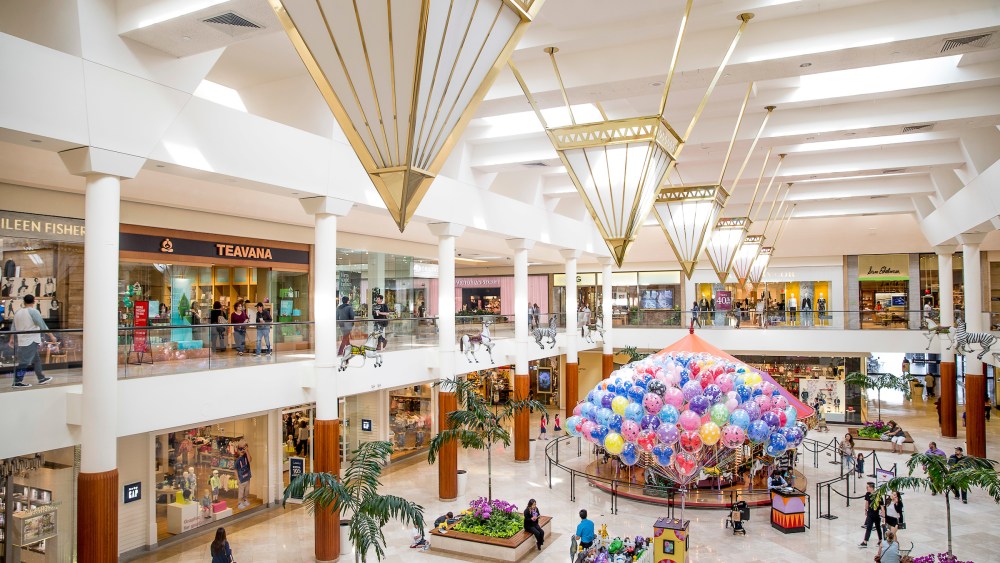 For some, getting into South Coast Plaza was about being part of an exclusive club. For others, South Coast Plaza and the Segerstrom family took a chance on an unknown brand. Retailers reflect on the Orange County shopping center as it marks its 50th year.

“Even some 39 years after Nordstrom joined South Coast Plaza, that single event is perhaps the most pivotal in the history of our company. Up until that time, Nordstrom was a small but successful regional department store in the Northwest. Going to Southern California to South Coast Plaza was the big time. Quite literally, our success or failure there would be the tipping point to our ability to expand and be a meaningful retailer on the national scene. Fortunately for us, it was a good decision and we did very well there…literally from Day One. As we have grown and are a part of all of the successful malls in the country now, South Coast Plaza continues to distinguish itself as one of the very best and most successful malls we are a part of. Henry Segerstrom and his team had confidence in Nordstrom and gave us a fantastic opportunity. We are grateful to this day. Both my brother Erik and I have personally worked at our store at South Coast Plaza. Being a part of that operation on a daily basis made a profound impact on us. The lessons of quality, attention to detail and trying to create a special shopping experience for customers every day were — and continue to be — completely aligned with what we try to do at Nordstrom. Congratulations, South Coast Plaza, on 50 years. Thanks for taking a chance on Nordstrom back in the late Seventies, we are proud to be part of your successful legacy.”

“The success of South Coast Plaza, 50 years from inception, is a true testament to the vision, foresight, determination and audacity of the Segerstrom family, who boldly envisioned the transformation of a former agricultural site into one of the country’s most unique and luxurious shopping centers. Through South Coast Plaza, the Segerstroms helped redefine the culture, experience and level of service clients could expect from such a destination. This unwavering vision and commitment to excellence is synonymous with the values of the House of Chanel, and was at the heart of our decision to join South Coast Plaza in 1990, and subsequently open an expanded boutique in 2015, which continues to be one of our key U.S. locations.”

“From one family-owned and operated business to another, it is particularly meaningful to work with the Segerstrom family because Max Mara shares the same ingrained approach to business — an understanding that the brand’s heritage and core values lead profit, rather than vice versa. South Coast Plaza is one of the top luxury shopping destinations in the country, so when faced with the decision as to where to expand our business within Southern California, the question was easily answered. The Segerstrom family has managed to cultivate a space that radiates luxury but also embodies the California spirit while maintaining a global mind-set that is extremely welcoming and warm. We are honored to have both Max Mara and Weekend Max Mara flagship boutiques within South Coast Plaza, and are incredibly proud to be longstanding partners with the Segerstrom family, who are inspiring leaders within the ever-changing retail marketplace.”

“Born in 1928, the values that built Cole Haan and the innovation that continue to drive us, are the same values and innovation that make South Coast Plaza a world-class global shopping destination. Since [the Cole Haan] reopening in October 2016, South Coast Plaza has been the perfect setting to showcase our newest store design with our most elegantly innovative products to date. It has been an honor to work in partnership with Connie Harrison and the Segerstrom team.”

“From our very first meeting we received such a genuine, warm welcome that made us immediately feel a part of the Segerstrom family. It is a privilege to work in such partnership with an incredibly experienced and nurturing team that are so knowledgeable about the market. South Coast Plaza is and has been the West Coast destination for locals as well as those traveling to Southern California for nearly 50 years, and The Webster is honored to call it home.”

“Henry Segerstrom was a man of extraordinary vision, leadership and generosity, who played an integral role in transforming Orange County into the nexus of culture and commerce that is today. Through his countless charitable efforts and the conception of South Coast Plaza, Mr. Segerstrom and his family were vital components in the development of the community. St. John is proud to be a part of his legacy and call South Coast Plaza home.”

“Henry [Segerstrom] was my youngest friend. He always wanted your store to be number one. He had a smile of an 8-year-old child but always had perfectly shined shoes and I admired the love he had for Elizabeth.”

“Anne and I have a special attachment to this mall, because it was one of the first stores we opened in the U.S., and we were really impressed by the simplicity and humility of Henry Segerstrom.

During the opening party, we felt very much a part of a family. My feeling is really that the tradition keeps going and it makes the success of this unique place.”

For More on South Coast Plaza in WWD:

The Webster to Open in South Coast Plaza