Brands such as BCBG, Guess and Catherine Malandrino experiment with new concepts and labels. 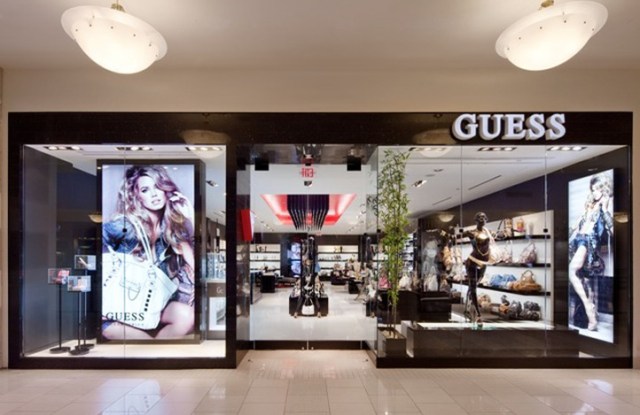 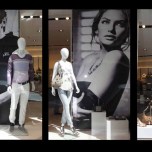 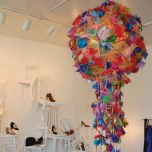 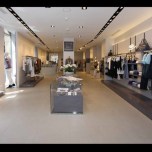 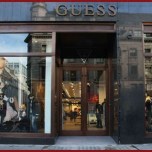 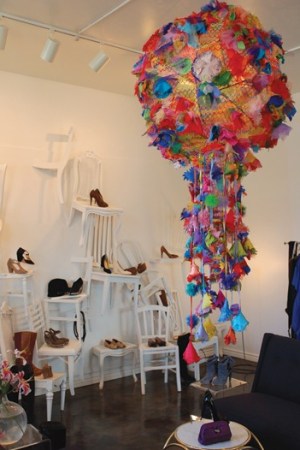 The retail landscape is being remodeled as economic volatility compels stores to alter traditional formats.

Large chains are breaking out the most profitable or promising segments of their businesses, such as accessories, sportswear and denim, into smaller stand-alone footprints. Other retailers are trying to appeal to a younger demographic with new labels and edgier store concepts.

BCBG launched BCBGeneration to target a younger crowd and A|X Armani Exchange opened a new concept store in Los Angeles that doubles as an event space and features an art gallery.

Guess is revamping its accessories-only concept, and plans to open more than 40 of those doors globally over the next year. It started with a store in Aventura, Fla., in May, and a second last month in Rome. The company’s Guess denim stores also have a new look and are branded separately from other company lines, such as G by Guess.

“These days, everybody is specializing in one thing or another,” said Paul Marciano, vice chairman and chief executive officer of Guess Inc. “To have across-the-board success in all categories is very hard. Very few nondiscount companies can do it. The emporium-style shopping experience doesn’t work anymore if you want to maintain any kind of brand value or identity.

“Customers are well educated, have clear ideas about what they want and they come to shop for those items,” he said. “It’s hard to mix, in the same space, lines with different identities.…We believe the smaller footprint is easier to manage and more profitable.”

Even luxury doors are getting in on the retail revamps.

“In this environment, with clientele feeling so much pressure, you have to make it a warm, comfortable environment they will want to come visit and relax,” Malandrino said when her Los Angeles store opened last year. “If you can bring them in, then the retail sales will come. But it’s getting people into a boutique now that’s the challenge first.”

Vera Wang, who scaled back plans for her Los Angeles boutique and jettisoned a store for her halted Lavender line, said her approach to retail has changed in the last two years.

“People want a more intimate experience now,” she said. “You can’t just cram things down someone’s throat — and you wouldn’t want to — especially now that they think they can get a better deal at department stores. You have to give them a reason to come in, a special experience. When the majors went 90 percent off, it changed things so much, it was unbelievable.”

That approach contrasts with the large formats of fast-fashion value retailers, including Forever 21, H&M and Zara, which embrace bigger stores housing a wide range of merchandise.

“For us, the timing couldn’t be better. The consumer is looking for value and the larger store concept allows a broader array of merchandise across all categories,” said Larry Meyer, executive vice president and chief financial officer of Forever 21. “There’s been a lot more opportunity for us to get larger spaces, and in primary markets where we’ve been looking to grow our presence.”

Analysts said the trend toward smaller, average store sizes will have staying power because those units are regarded as more profitable and easier to manage. With inventory at many stores slashed by as much as 30 to 40 percent compared with three years ago, there is diminished need for storage space.

“The consumer is in control, and the approach of retailers to their brick-and-mortar stores now is a testament to the divergence in the market — it’s a high-low approach,” said Alan J. Barocas, an Atlanta-based retail consultant and former International Council of Shopping Centers trustee.

“Some people are going the opposite, like Forever 21 and other value-oriented big boxes, but outside of discounters, generally people are taking less space for less money and looking to edit,” he said. “There are smaller door counts, too, as retailers are trying to use stores as a test ground, but at less overhead cost than in the past.”

Retail sales, excluding automobiles, gas stations and restaurants, slid 2.5 percent in 2009, the National Retail Federation said. Although there have been signs of improvement recently, including reduced vacancy rates in some cities, experts agree the recovery will be slow and bumpy. Retail stocks took a 6.2 percent hit in the first half of the year and there is little to suggest that consumer spending, which comprises 70 percent of the U.S. economy, will go on a steep climb anytime soon.

In fact, consumer confidence dropped sharply in June because of anxiety about the economy, and Federal Reserve chairman Ben Bernanke said last month that the jobless rate, now at 9.5 percent, will probably remain “high for a while.”

The first-quarter gross domestic product growth rate of 3.2 percent released by the Commerce Department’s Bureau of Economic Analysis is a positive indicator, but economists said evidence of a robust recovery would require a growth rate of more than 5 percent that would drive down the jobless rate.

The overall U.S. retail vacancy rate hit 10.8 percent in the first quarter, according to real estate research firm Reis Inc. Vacancies at the biggest shopping centers reached 8.9 percent. Preliminary figures for the second quarter, expected to be finalized Aug. 1, have the retail vacancy rate at 10.9 percent and the rate for the largest centers at 9 percent.

The empty storefronts give retailers an opportunity to test markets with short-term leases at lower rents.

“The bigger brands have to cut up into smaller sections and make themselves unique because they have to be specialized and cater to a specific region or consumer profile,” said Zach Augustine, creative director at the Winston Retail Solutions consultancy. “They need to divide up and maintain brand integrity and be able to maintain the elevated price point.”

Smaller, multiline boutiques are pursuing other means of differentiating themselves, and markets such as Los Angeles have become incubators for new concepts. Among them are:

• Gerard Guez’s Live on Sunset — located in a former Tower Records space — has a focus on technology and new media, with video and audio production capability built into the location for live Webcasts of fashion shows, musical performances and a talk show.

• TenOverSix, a boutique that carries Alexander Wang, Band of Outsiders, Vivienne Westwood and Bodkin, hosts installations from local artists, as well as exclusive store-in-store furniture and fixtures from Brooklyn-based The Future Perfect.

• Book publisher Assouline opened its European-style space as a combination bookstore and eatery in partnership with high-end restaurant Bastide on Melrose Place — an upscale retail stretch that became a reminder of the recession’s toll on retail, with shuttered stores such as Sergio Rossi, Lambertson Truex, Mulberry and Mary Norton. “Everything was all the same — it looked the same and everyone tried to do the same thing. It was crazy, and it didn’t work,” said founder Prosper Assouline.

“Smaller, privately owned boutiques have to be very creative to compete, but it’s hard,” Augustine said. “They are typically mismanaged and weren’t prepared to weather this storm. Those [were] the first places people stopped shopping. Prices are higher and people can find it cheaper online, plus the return policies are nonexistent. If the Gaps and Guesses are willing to cater to you personally and you can return your purchase within 60 days, then why not? The store’s return policy is huge in this. It gives consumers a sense of security.”

But fresh approaches can be risky. The proliferation of pop-up doors is partly a testament to the desire of some retailers, chastened by high-cost leases, to test markets before committing to a long-term presence.

Gap’s 1969 concept tested Los Angeles with a temporary space on Robertson Boulevard before settling into a location across the street. Target’s exclusive collaborations with designer labels such as Zac Posen, Loomstate and Liberty of London led to a series of temporary spots in New York and Los Angeles. Donna Karan’s Urban Zen test-drove Robertson Boulevard, and popular Los Angeles-based leather brand Illia is giving Venice Beach a trial run.

Seasonal concepts also are taking hold as a way for retailers to minimize capital expenditure and exposure to the ups and downs of retail real estate. Toys ‘R’ Us will open hundreds of temporary holiday concept stores, and Spencer’s Gifts is pushing ahead with its ToyZam and Spirit Hollywood formats.

And, while segment-specific market penetration may be the goal with the specialty concepts, saturation is another potential pitfall.

“A concept has to be properly executed in terms of selecting the right segment or demographic to specialize in,” Augustine said. “If there are too many players in the market, as with high-end denim, for example, then it’s much harder to infuse that slice of the sector with new life. Customers are already weary of too many brands offering the same thing at the same price point. Having a bunch of pricy specialty jeans stores, for example, won’t net results.”

Alisa Loftin, who owned Aero & Co. boutique in Los Angeles for more than a decade until it closed in March because of the recession, said a willingness to experiment is key to survival in major retail markets like Los Angeles and New York. Loftin is hoping her store can reemerge using an online platform before taking another crack at a brick-and-mortar presence.

“There’s no obvious successor to the old model,” she said. “That makes it much harder to predict and plan for the next business cycle. That old system is totally broken now and it’s about trying to figure out what’s next. People have to invent it for themselves. This really is a tough reinvention, and there will be passes and fails.”