Optimism is tinged with a certain amount of caution as the luxury goods market shows clear signs of a slowdown.

By Ellen Sheng and Casey Hall on February 5, 2013
View Slideshow 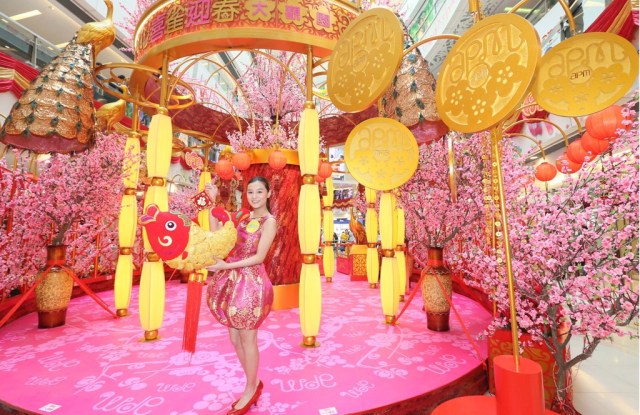 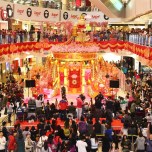 Chinese retailers and industry observers are eyeing the Chinese New Year with optimism — albeit an optimism tinged with a certain amount of caution as the luxury goods market shows clear signs of a slowdown.

The Year of the Snake begins Sunday, but celebrations last about a week, making it a key time for travel and shopping.

Retailers “still expect growth but they have adjusted their expectations,” said Wesley Wu, project director at research firm Ipsos in Hong Kong. “It’s a new normal. Last year we saw expectations of 20 to 30 percent growth. Now, 10 percent to 12 percent is very good. This year has become more realistic,” he explained, noting that growth in China is still far better than in Europe or North America.

Byron Kan, general manager of Shanghai Centre, a retail and residential development, said he is expecting a holiday season similar to that of last year.

“I expect the industry will keep to the same growth rate as 2012 — healthy but not overly strong,” he said, noting an economic rebound over the past few months and a high level of consumer sentiment as salaries increase. “But until China’s luxury taxes are reduced, people will still take the trip to [Hong Kong] to make their big purchases.”

Shirley Li, a leasing agent at Sun Hung Kai Properties, which manages more than 12 shopping malls in Hong Kong, said the company forecasts Chinese New Year sales to grow by 15 to 20 percent this year to about 200 million Hong Kong dollars, or $25.7 million, with foot traffic up by 13 to 20 percent to 8.9 million.

While Christmas is not widely celebrated in Mainland China, it is a bigger holiday in Hong Kong. Li said Sun Hung’s stores recorded a 21 percent increase in revenue over Christmas, reaching 143 million Hong Kong dollars, or $18.4 million.

“A combination of inventory build up in many sectors, concerns over consumer timidity to spend, the impact of online and the poor performance of department stores recently will mean that there will be some pretty deep discounting this [Chinese New Year] and for longer,” he predicted. “This is, of course, good news for the consumer — great prices, big range of products discounted but [it] will ultimately affect many brands’ margins and retailers’ same-store sales.”

Electronics, cosmetics and specially packaged festive gifts such as chocolates are popular items at Christmas and remain big items over Chinese New Year. But apparel, accessories and cosmetics tend to get more attention during the period before the lunar holiday as it’s traditional to buy some new clothes and shoes before the new year.

China’s luxury market, while still growing faster than that of other countries, appears to be losing some of its momentum. According to a recent report by Bain & Co., luxury sales growth in China slowed to 7 percent in 2012 from 30 percent growth in 2011.

To be sure, a recent Chinese government crackdown on high-end spending by Chinese officials using public funds put a dent into luxury spending. Bain’s research shows that watches and men’s wear were two of the hardest hit categories last year. Both of those categories are important segments of the gift-giving industry.

Ipsos’ Wu said that recent surveys find consumers are still spending but there are signs that shoppers are being more conservative in their gift giving. Cosmetics, particularly gift sets, as well as accessories such as wallets or other small leather goods, have overtaken jewelry as the most popular items during the Chinese New Year.

“People are cutting back a bit. They tend to spend less but still want to buy nice products,” Wu said.

French said he thinks midmarket beauty brands like Estée Lauder, L’Oréal and L’Occitane will do well as women move away from their “reliance on high-end brands.” He also said he sees bright spots for women’s footwear and “upper mass market” men’s wear as Chinese men move away from sportier styles of dressing.

Tourism is an important part of the equation as well.

Bain estimates that 60 percent of Mainland Chinese luxury shopping takes place outside Mainland China. The consultancy noted that the depreciation of the euro has made Europe a more attractive destination for Chinese shoppers as opposed to Hong Kong.

“Europe is looking good and London should see more [tourists] than Paris due to the low pound. America is more attractive now thanks to an ease on visa issuance and Australia remains popular, too,” he said.

Given ongoing political tensions between Japan and China over a territorial dispute, it seems unlikely that Chinese tourism to Japan will be bouncing back over the New Year’s holiday. Last month, China Daily reported that “Chinese-Japanese tourism remains near rock bottom” in terms of tour bookings for Japan.