Retailing at the Plaza 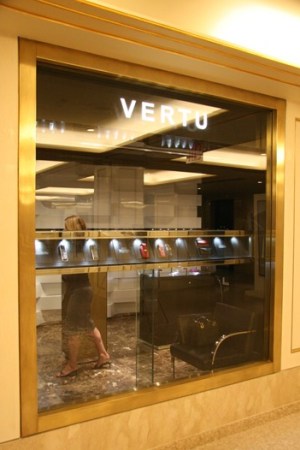 NEW YORK — The Plaza’s recent $400 million renovation, which brings the landmarked building’s interiors closer to their 1907 origins, is relatively understated compared with the previous incarnation and Ivana Trump’s gold accents, yards of red brocade fabric and Oriental carpets on steroids.

This story first appeared in the August 21, 2008 issue of WWD. Subscribe Today.

The restrained approach extends to The Plaza’s shops, which will need all the traffic they can get to justify the rents that retail brokers put in the $1,500-a-square-foot range.

Assouline, which occupies a 800-square-foot perch on the mezzanine above the new hotel lobby, could easily be missed with its restrained exterior. During a tour of The Plaza on Wednesday, Anthony Nicola, general manager of The Plaza Retail Collection, acknowledged the shop may be too discreet. “We wanted to make sure it blended into the lobby,” he said. “We might add a little red [to the logo].”

Down a short hall past the registration desk is Maurice Fine Jewelry, which bowed last month. The jeweler operated a store at The Plaza prior to the renovation, but completely changed its merchandise assortment when it reopened in a new location. “We went a lot more upscale. We’re now catering to a more compact [wealthy] clientele,” said Meyer Assouline, owner of Maurice Fine Jewelry (who is no relation to Prosper Assouline of Assouline Books).

Assouline was referring to the fact the reconfigured Plaza has only 130 hotel rooms compared with the former 800, with the other 670 being converted to residences. Maurice’s average sale since opening is significantly higher, Assouline said, adding the jeweler already sold a $675,000 ruby ring. “I’m showing a 28-carat vivid yellow diamond ring today that’s priced at a couple of million dollars. The people who have money, have money.”

When the Plaza Retail Collection has a soft opening next month, its dedicated entrance on West 58th Street should be finished. The multilevel mini-mall has white floors and crystal chandeliers. So far, the only retailer operating in the mall is Vertu, the luxury mobile phone company with prices ranging from $5,100 for the Constellation to $75,000 for a phone with black-and-white diamonds. With a $310,000 model designed in collaboration with Boucheron and decorated with a ruby snake with emerald eyes, and two 2-carat diamonds, Vertu is counting on the wealthy residents of The Plaza’s apartments, which sold for $5.8 million to $50 million each.

One of the bigger shops, at 1,500 square feet, will be The Plaza Boutique, selling private label jewelry, crystal and home products, as well as a Betsey Johnson-designed T-shirt benefiting Fashion Targets Breast Cancer. Also on the upper level concourse are Morgenthal Frederics, Manrico and MCM, which will have an open-sell shop.

The lower concourse will have a koi pond near Demel, the Viennese bakery that claims to be the keeper of the original Sacher torte recipe. The center of the floor will be occupied by Kenneth Jay Lane and a beauty concept developed by Warren-Tricomi, which in July unveiled a 6,100-square-foot salon on The Plaza’s second floor. A striking space with stone walls, black granite floors and a high-tech entertainment system, the salon was buzzing. Warren-Tricomi’s 1,200-square-foot open-sell beauty space on the lower concourse will include a fragrance bar, brow bar, skin care and color cosmetics, accessories and tools such as curling irons.

Along the perimeter of the floor there will be shops for 10,000 Things, Seize Sur Vingt, Arthur, Dutch lingerie and swimwear label Marlise Dekkers, Pat Areais Sterling and Eton, a Swedish shirtmaker that designed a $40,000 shirt with diamond-encrusted studs and cuff links.

Domenico Vacca is opening a women’s-only shop and Ghurka has decided to open a larger store and is leasing two adjacent spaces on the lower concourse.

Nicola has repeatedly said his goal for the Plaza Retail Collection is to create an eclectic group of stores that could become a destination for New Yorkers, tourists and Plaza residents alike. If anything, the result may be too eclectic, however. Iradj Moini, Anna Hu Fine Jewelry and Qiviuk, a knitwear brand that uses the inner down of the Canadian Arctic musk ox, may be obscure to many consumers.

“We really have been extremely careful selecting tenants and adjacencies,” Nicola said. “We’re over 95 percent leased. We have only one women’s fashion space and one men’s [remaining]. [People] will come to The Plaza for distinctive brands.”