Rimmel is launching its largest number of new items ever. 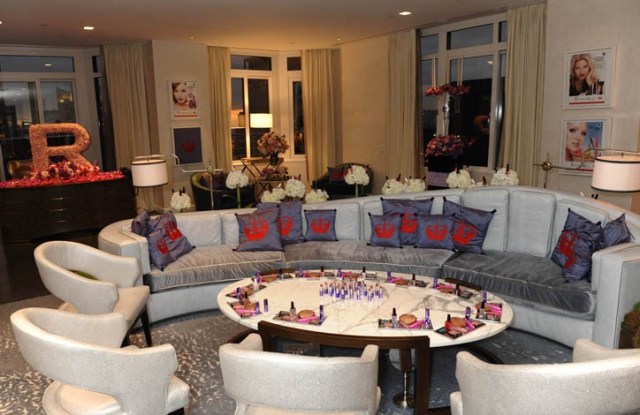 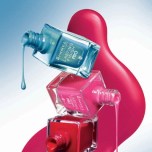 To herald Rimmel London’s 10th year of distribution in the U.S., the color brand is launching its largest number of new items ever. There are also fresh graphics to help fortify the brand’s position in the mass color business, including a pressed crown in powders to reinforce its British heritage.

Rimmel remains the number-one brand in the U.K. and has the honor of ranking third in Europe. The brand has an estimated worldwide volume of about $700 million.

Now, Coty-owned Rimmel plans to extend its grasp on America where it is approaching the 21,000-door mark. That’s impressive growth from its debut as an exclusive in Wal-Mart in 2000. “We are focusing on building it here,” said Rick Goldberg, vice president of Rimmel Cosmetics, as he displayed the new lineup.

Growth has included expanding Rimmel’s reach, from mass merchants such as Wal-Mart to drugstores including Walgreens and CVS, as well as food-and-drug combination chains. Many combo stores are enlarging beauty departments to capitalize on America’s obsession with one-stop shopping while also finding products that boost profits. Rimmel, said one grocery nonfoods exec, fits the profile of cosmetics that work in a grocery-combination store environment.

At a time when retailers are consolidating duplicate brands and stockkeeping units in their beauty departments, Bill Boraczek, senior vice president of cosmetics marketing at Coty, said Rimmel is unique. “No one else is doing what we do. We are bringing the London look to America at an affordable price.”

The items, for example, retail from $3.49 to $7.99. Boraczek believes Rimmel is underspaced in many doors, and as chains perform productivity analysis, some are offering more real estate to Rimmel, which commands an average of 3 to 4 feet in most accounts. While many mass brands claim to lure shoppers from prestige channels, Boraczek is confident that many shoppers entering mass doors for other purchases are stopped in the aisles by the colors and excitement offered by Rimmel.

One key to success is that, although at first blush Rimmel appears to appeal to a younger audience, its reach penetrates a larger range of women looking for modern colors and products, the Rimmel team said.

The items reflect efforts to stay on top of trends. An observer eyeing the trays of the new items shipping into stores now can’t help but notice a mascara in a hot pink package — The Max Volume Flash Mascara. Rimmel had a bit of a hit last year with Sexy Curves mascara, which was singled out by retailers such as Duane Reade as a success for 2009. Building on that success, but offering a different type of coverage, is Max Volume Flash. According to Goldberg, the mascara delivers 14 times more volume. The Lash Expand formula is enriched with collagen to fatten lashes and Keratin for stronger, sleeker, shinier lashes.

“And we’re very excited about the brush, which is supersized and our biggest brush ever,” noted Goldberg. The product is designed with hollow bristles for optimum flexibility and perfect “lash loading.” Available in black and extreme black, it retails for $7.19.

Moisture Renew Lip Colour is a new SPF 18 formula and a cutting-edge Self Adapting Moisture Complex featuring hyaluronic acid, collagen and vitamins A, C and E to nourish lips. There are 24 shades in an elegant metallic purple case. Suggested retail is $6.79.

For those who prefer gloss, Rimmel introduced Royal Gloss. The wet-looking gloss is available in pearly shades in scents of bubble gum, chocolate and peach and is priced at $4.99.

Face is a growing business at Rimmel and the firm hopes a new Lasting Finish Blendable Blush and Highlighter will keep the momentum rolling. The blush is offered in four shades and the Blendable Blush and Highlighter comes in trip palettes. Both are priced at $4.99. With bronzers also serving up golden opportunities, Rimmel has a new Sun Shimmer Maxi Bronzer for face and body retailing for $7.99.

Finally, in nail color, Lasting Finish Pro Nail Enamel ushers in a new era for Rimmel nail color with upscale packaging and salon quality. “We do know a thing or two about nail products,” joked Boraczek, referring to the expertise gained when Coty purchased Del Cosmetics. The finish is said to last up to 10 days. Moreover, there is a wide-angled brush for fast and mistake-free application. With more than 800 fine-textured bristles, the brush is designed to adapt to any nail shade and requires fewer strokes to apply. This new nail line is available in 31 colors and will retail for $3.99.

The nail color is a vivid example of how the two beauty companies have dovetailed so well as part of the merger, said Boraczek. “We’ve really learned from each other.”

Beyond the array of new items, Goldberg said Rimmel has advertising planned to kick off next month as well as a greater use of social networking, including bloggers.