MILAN — On the heels of the launch of an exclusive collaboration developed with French powerhouse Dior, unveiled on the brand’s men’s spring 2020 catwalk on June 22, Rimowa celebrated on Tuesday the opening of its first store in Milan.

The 861-square-foot boutique, located on Via Pietro Verri in the heart of the city’s Golden Triangle luxury shopping district, sports a customized concept developed by the brand in collaboration with Italian architect Marco Costanzi. Exalting Rimowa’s signature functional luxury, the store’s essential design includes a stone floor, a nod to Milan’s historical architectural heritage, as well as walls decorated with vertical metallic displays to showcase the brand’s luggage collections.

“Milan is the Italian capital of fashion, it was a natural decision to open in such a key city,” said Rimowa’s chief executive officer Alexandre Arnault, who joined the company in January 2017. “The store officially opened its doors four weeks ago and the results are already very positive,” he added, pointing that the boutique is meant to attract not only travelers visiting Milan but also residents. “Italians are very familiar with the brand and Italy is the company’s third biggest European market, after Germany and the U.K.” 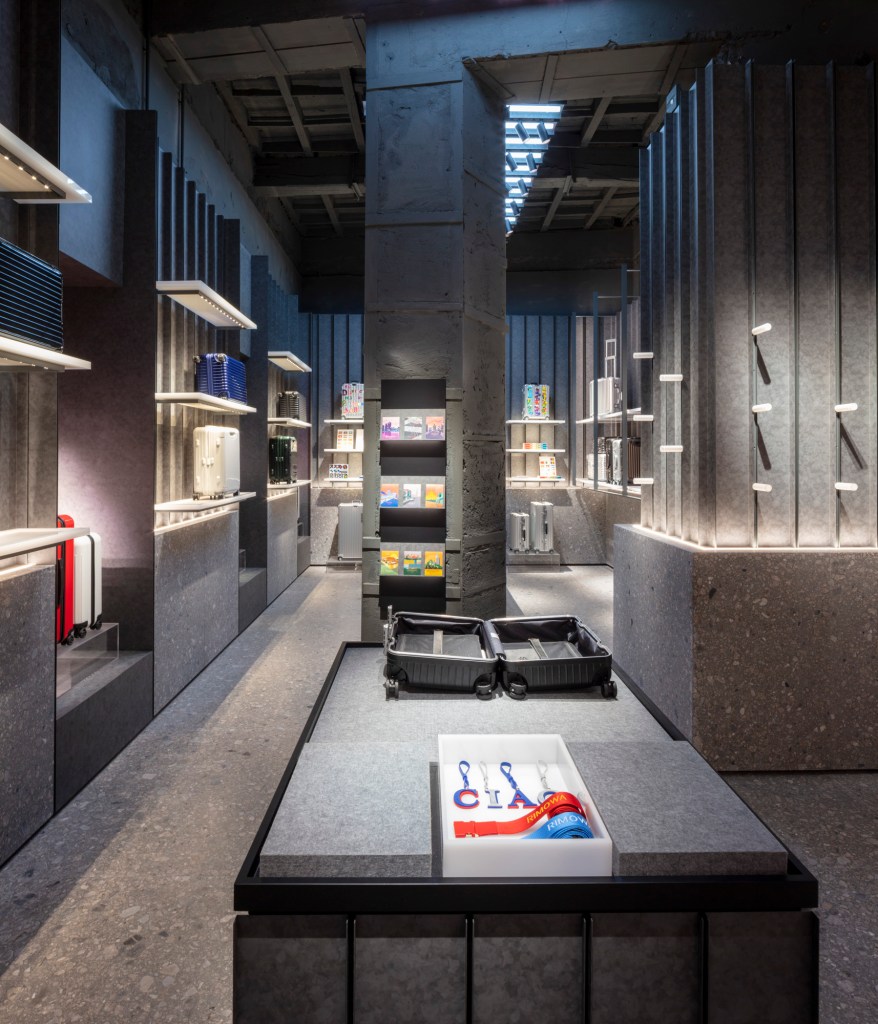 Further signaling the relevance of the Italian market for the Rimowa business, Arnault revealed that by the end of the year the company will relocate its Roman boutique from Via del Tritone to the more exclusive Piazza di Spagna, while the firm is also looking for an adequate location in Florence.

This reflects the company’s overall strategy — which kicked off when the firm was acquired by French luxury conglomerate LVMH Moët Hennessy Louis Vuitton at the end of 2016 — aimed at transforming Rimowa into a retail-focused business. “When we acquired the brand it was 80 percent wholesale, now it’s 80 percent retail.”

The company, which operates 135 stores in the world, also organized a dinner in Milan to fete the store opening. Hosted at Milan’s hip fish restaurant Langosteria, the dinner reunited Moncler’s Remo Ruffini and his sons Romeo and Pietro, who recently made an investment in the same cool food destination through the Archive fund, as well as Attico’s Gilda Ambrosio, another Archive investment; Marco Zanini; Palm Angels’ Francesco Ragazzi; Alanui’s Nicolò and Carlotta Oddi, and architects Britt Moran and Emiliano Salci, the minds behind Dimorestudio.