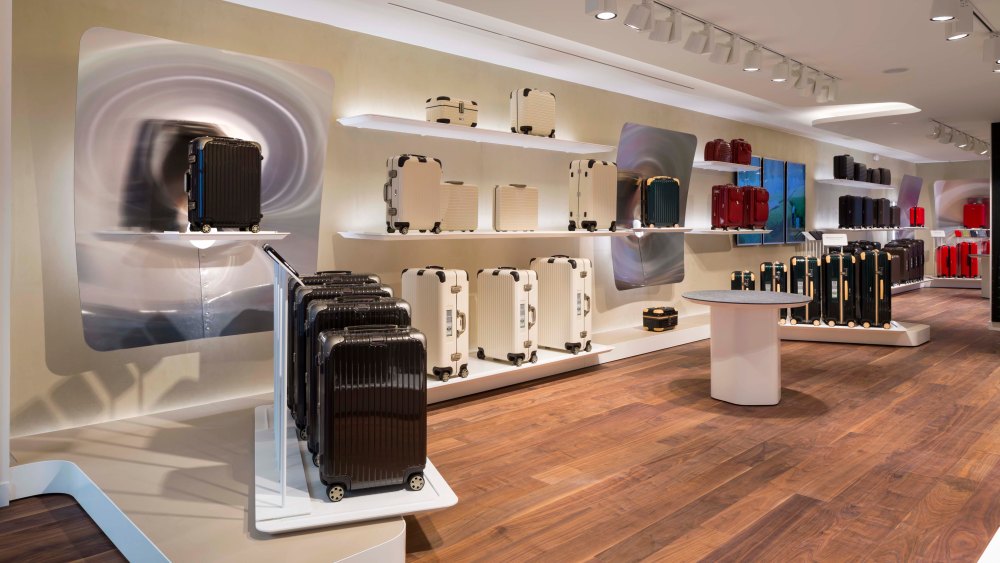 PARIS — Rimowa has opened its largest store worldwide in Paris as it gears up to expand its lifestyle offering following its acquisition in October by LVMH Moët Hennessy Louis Vuitton.

The German luggage maker, which will celebrate its 120th anniversary next year, has unveiled a flagship of 6,450 square feet, at 73 Rue du Faubourg Saint-Honoré, opposite the Bristol hotel. The five-floor building offers the brand’s full range of products, in addition to a VIP lounge and a repair workshop.

Alexandre Arnault, who recently accompanied his father Bernard Arnault to New York for a meeting with U.S. President Trump, said the store concept was developed by Swiss architecture and design agency Atelier Oï, which also worked on the Rimowa boutique in London.

“We really elevated the store concept, because it is our largest store in the world,” he told WWD in an exclusive interview.

LVMH on Monday completed the acquisition of an 80 percent stake in Rimowa, making the 24-year-old joint chief executive officer of the firm alongside Dieter Morszeck, the grandson of the founder. It marks Arnault’s first executive role at LVMH.

He has high ambitions for the brand, which operates in the mid-segment of the luggage category alongside market leader Samsonite International’s luxury travel products maker Tumi. Global luggage sales totaled $18.8 billion in 2016, up 5.7 percent year-over-year, according to Euromonitor International.

Rimowa generated estimated revenues of more than 400 million euros, or $450 million, in 2016. Samsonite, which bought Tumi last year, has said it hopes to double its sales to $1 billion in as little as three years.

Arnault plans to boost Rimowa’s position through digital innovations, collaborations and new materials. Having a flagship on one of the French capital’s most important luxury thoroughfares is key to his vision.

“Being located opposite the Bristol is a fantastic opportunity for us. It’s one of the world’s most beautiful and iconic hotels, and we are a lifestyle brand in travel that aims to become the market leader in this field,” he said. “This address is the first pillar in building legitimacy in this sector. We want to develop many products linked to travel in general and lifestyle.”

Founded in 1898, Rimowa is credited with launching the first suitcases in aluminum and polycarbonate, in 1937 and 2000, respectively. Four-wheel designs and waterproofing are other breakthroughs.

The store offers products including its high-end polycarbonate line Onyx, available only in the Paris and London locations, as well as a collaboration with Moncler, on sale exclusively in stand-alone Rimowa stores.

Arnault also hopes to introduce a customization service. “There is a lot of demand for it and it’s something we are definitely keen to develop, with options including both customizing existing styles and placing special orders,” he said.

A film in the VIP section shows how Rimowa spent seven years building a replica of the Junkers F13 aircraft whose grooved sheet metal fuselage inspired its first aluminum suitcase. Morszeck, a private pilot, took part in a test flight on Sept. 15 and the company hopes to take the plane on tour.

Another area of the store is dedicated to Rimowa’s electronic tag that links cases to a smartphone via Bluetooth, simplifying the check-in process. It’s available only for travelers on Lufthansa and Eva Air, but Arnault wants to get other airlines on board.

The company has 150 stores worldwide, of which 45 are directly operated. It plans seven store openings in 2017, in locations including the German cities of Munich, Frankfurt and Stuttgart, as well as Asia and the U.S., where it operates only four stores at present.

“We are mostly wholesale, but direct retail represents more than 30 percent of our sales. For the time being, I am happy with that percentage, because I think it’s important that we are present in places where customers may head to buy a suitcase, for instance department stores,” said Arnault.