In 2019 the Florence store generated a turnover of 28.7 million euros.

It took the retailer two years to complete the renovation works for which it tapped two architectural firms tasked with laying out a tailored store concept that could best reflect the product’s offering on each floor and pay homage to the city’s landmarks.

In particular the Caruso Torricella Architetti firm developed four floors and the terrace of the six-story building, which spans over 35,520 square feet, while Marco Costanzi Architects was called on to breathe new life into the ground and first floors.

In keeping with the retailer’s focus on artisanal traditions, the ground floor has been designed to house corners dedicated to Italian craftsmanship, specifically in the leather goods, textile, jewelry, sunglasses and hat-making sectors. 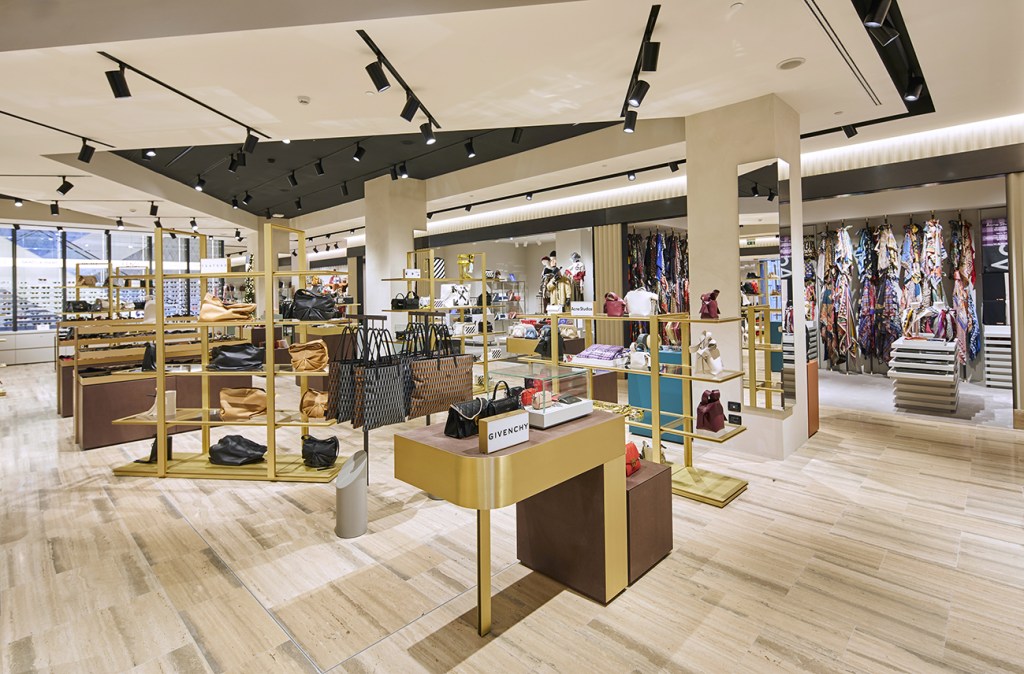 The ground floor at the Rinascente’s Florence store.  Paolo Bramati/Courtesy of Rinascente.

Marked by gray stone flooring complemented by glass and brass displays and touches of color provided by lacquered accessories, the floor showcases a range of luxury and contemporary handbag and leather goods brands, including Balenciaga, Givenchy and Acne Studios, while Emilio Pucci and luxury trunk and luggage maker Au Départ have installed temporary shop-in-shops. Next April, Loewe will open a dedicated shop-in-shop on the store’s ground floor.

Tapping into the Italian heritage brands best known for their use of leather and artisanal techniques, the corner is also home to such brands as Borbonese, Il Bisonte and Zanellato positioned in the affordable luxury and contemporary segments.

For the jewelry corner, Rinascente drew inspiration from the signature jewelers that animate Florence’s Ponte Vecchio bridge, by offering brands that span from niche to mainstream with a particular focus on Florentine labels and the territory’s longstanding tradition of goldsmithing.

The ground floor also offers a range of headwear brands such as Borsalino and Superduper Hats, as well as textile accessories from the likes of Faliero Sarti and Dianora Salviati, in addition to a sunglasses hub.

Also new: the space dedicated to the men’s wear category was doubled and the footwear section expanded to include two, 2,153-square-foot corners for men and women. They were both redesigned by the Caruso Torricella Architetti firm, which for the footwear corners developed an amphitheater-like space that spotlights the shoe styles on display. 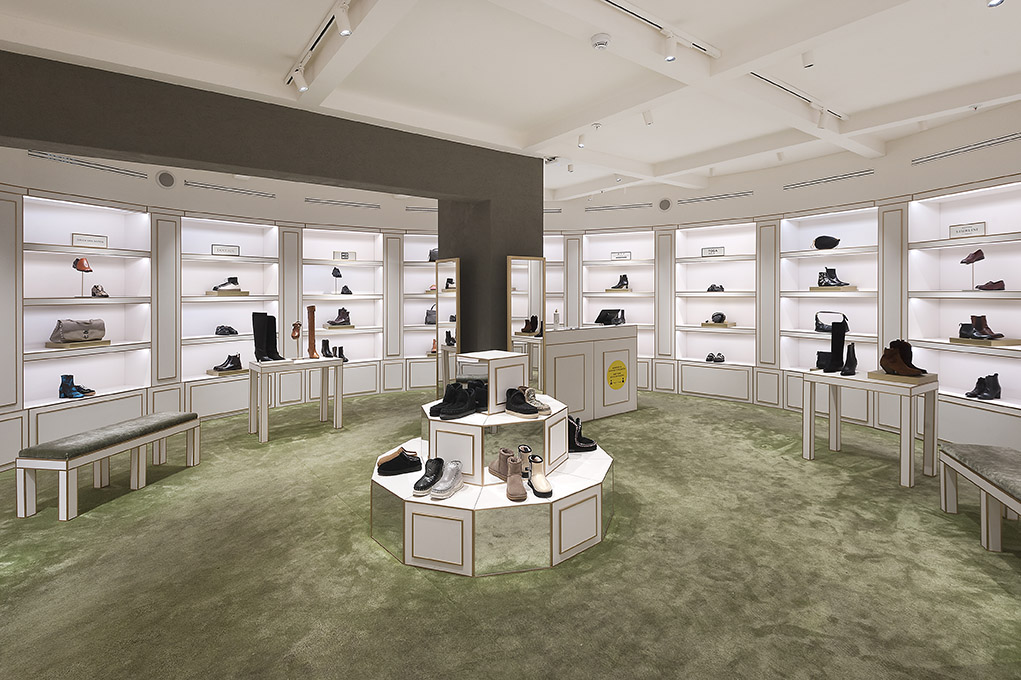 The women’s footwear corner at Rinascente in Florence.  Courtesy of Rinascente.

The two-year renovation works, during which the store was never shuttered, fall within the company’s plan of major revamps for its stores. In particular the Rome and Turin stores were unveiled in 2017 and 2019, respectively.