RioMar to Open in Recife, Brazil

The Northeastern region is getting its largest mall and mixed-use complex. 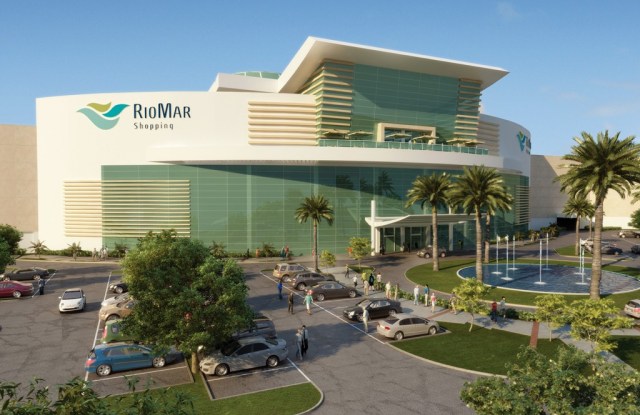 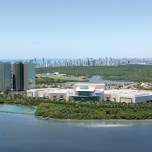 Brazil’s northeastern region, the country’s poorest, is about to get its first major shopping mecca with space dedicated to luxury brands. The RioMar mall, which is scheduled to open Oct. 29 in Recife, will house brands such as Burberry and Hugo Boss as Brazilians get richer and regional demand for luxury items increases.

This story first appeared in the October 31, 2012 issue of WWD. Subscribe Today.

RioMar, a glass and marble building of just more than 1 million square feet and wedged between the azure waters of the Atlantic Ocean and a lagoon formed by several rivers, will be the region’s largest shopping center.

Tory Burch, Chanel Cosmetics, Diesel and Juicy Couture are among international brands that are confirmed. Louis Vuitton, Prada, Miu Miu, Kate Spade and Kiehl’s are in final negotiations to set up stores on RioMar’s level two, which will only house Brazilian and foreign luxury brands, said Carlos Ferreirinha, president of MCF Consultoria & Conhecimento, a retail and luxury consulting company in São Paulo. Investment in the project reached 600 million reais, or about $295 million at current exchange.

The mall has four levels for shopping and two underground parking levels. While luxury brands will be concentrated on RioMar’s Level 2, several large retailers are spread around the mall. These include C&A, and retailers Renner, Lojas Americanas, Riachuelo and Leader, which are mass merchants.

Apparel retailer Marisa will have a large store at the mall, as will Casas Bahia, Brazil’s largest home appliance chain.

There are some smaller shopping centers in the region, which comprises nine states that have traditionally been the poorest and least developed in the country, but nothing on the scale of RioMar.

Therefore, the mall will offer anchor stores with a wide range of prices to meet heightened demand from a broad client base.

But Ferreirinha added that another reason for mixing mass retailers with high-end brands is that the consumer class is growing fast — as if everyone realized over the past five years or so that they could have confidence in the macroeconomic situation in Brazil, and that they could spend. So demand is quite strong across all markets and all income levels.

“That consumer confidence is leading the so-called “C class’’ [new middle class] customer to start buying luxury items,” Ferreirinha said. “So, a C-class client might not buy a trenchcoat at Burberry, but he or she will buy a key chain or a wallet. That’s why it makes sense in this market of Recife, and the northeast as a whole, to have this mix in the same mall.”

Other features at the complex include:

• Three office buildings with about 454,000 square feet of available space.

• A cinema complex with 14 movie screens.

• A food court with higher-end restaurants as well as chains like Outback Steakhouse.

Estimated average sales per square foot run between $93 and $111.

“This project is a milestone for the region,’’ said Ferreirinha, who worked as a consultant for the project. “In the future, people will think of the retail market in the Northeast as before and after RioMar.”

Recife is the largest capital in the region, and it’s named after the coral reefs that surround its coastline. Home to four million people, it’s nicknamed the Venice of Brazil for the many rivers, islands and more than 50 bridges connecting the city.

It’s also where growth in luxury goods consumption has been the fastest in all of Brazil, Ferreirinha pointed out. When MAC Cosmetics arrived there in April this year, the store posted the highest revenue among all Latin American stores during its first month in operation. Diageo picked Recife for its first concept store in Brazil, which opened in early September, because the city is the nation’s biggest consumer market for Johnnie Walker Red Label and other distilled drinks.

The thirst for luxury items comes from pent-up demand in a region that until very recently wasn’t on the radar screen of leading high-end retailers, not even Brazilian companies.

It also reflects a dramatic improvement in employment and salary levels as Recife received billions of dollars of investment over the past five years. Fiat is building a 4 billion reais,  or $1.97 billion, factory in Recife’s Suape Port complex, which already houses oil and gas service companies and will be the location for Brazil’s biggest diesel fuel refinery, the 20 billion reais, or $9.85 billion, Abreu e Lima project.

These and other projects are attracting qualified workers, management and executive-level professionals, who are helping change shopping habits in the region, said Juliana Santos, the owner of Dona Santa|Santo Homem, Recife’s first multibrand store to offer some foreign designer products. A rally in Brazil’s currency has also helped boost sales of luxury brands as Ermenegildo Zegna, Chloé and Diane von Furstenberg, which Santos offers at her store. The four-floor shop began offering imported products in late 2004 after the real began to gain against the U.S. dollar, making products cheaper in the Latin American country.

“The perception really changed when the currency started gaining steam some years ago. It’s like people finally believed that they could spend money on luxury items,’’ Santos said.

And they want to spend locally. Just a few years ago, Recife residents had to take a three-hour flight some 1,600 miles south to São Paulo to shop for high-end clothes, accessories and luxury cars.

The emerging trends are surprising: The northeast, with its vast, uninhabited tropical beaches and arid, desert-like interior, was the region with the highest growth rate of Champagne consumption in Brazil in the past two years, according to Ibravin, Brazil’s Wine Institute.

This year, the northeast for the first time surpassed Brazil’s rich Southern region to become the second-biggest buyer of consumer goods in the whole country, behind the Southeastern region, where the country’s largest cities of São Paulo and Rio de Janeiro are located, said Ibope Intêligencia, a research and polling agency.

But even though demand for luxury brands is growing all over the country at a faster pace than the wider consumer industry, the so-called Brazil cost keeps many investors away, Ferreirinha said. A protectionist economy, Brazil has some of the highest import taxes in the world for some luxury items, which can effectively double the prices in Brazil from other nations. The country’s total tax burden, currently at 40 percent of gross domestic product, is among the heaviest.

Labor costs are also among the highest in the world, making it extremely expensive for foreign companies to set up stores in Brazil. Infuriating red tape also adds to the difficulties, according to the World Bank. In its “Ease of Doing Business 2012’’ ranking, Brazil fell six positions to 126th place, behind countries like Uganda, Kosovo and Ethiopia. It takes 120 days on average to start a business in Brazil as multiple and sometimes overlapping licenses and permits are required from municipal, state and federal administrative levels.

Inefficient basic infrastructure also makes it costly to operate businesses in Brazil. Airports can’t keep up with demand from Brazil’s emerging middle class, and the increase in electricity consumption is stretching the nation’s electricity grid to the limit. Blackouts in entire regions have become more frequent.

Transportation systems, including roads and railways, haven’t significantly improved since the Eighties. Brazil is the sixth-largest economy in the world, but ranks just 67th when it comes to transport infrastructure. Nearly half of the country’s highways have significant maintenance problems, with 88.3 percent of federal highways being single-lane and 42 percent having no shoulder.

President Dilma Rousseff has made infrastructure one of her priorities, promising investment of 1.48 trillion reais, or $730 billion, into roads, railways, ports and airports by 2016. A high-priced and under-skilled labor market, corruption and heavy bureaucracy have led to a bottleneck of projects, many of which probably won’t be completed in time for the 2014 World Cup and the Olympic Games in Rio de Janeiro in 2016.