Rio’s VillageMall: Luxury in the Tropics

Slated to open Monday, the mall has three floors lined with Prada, Louis Vuitton, Tiffany & Co. and dozens of other foreign and local luxury brands. 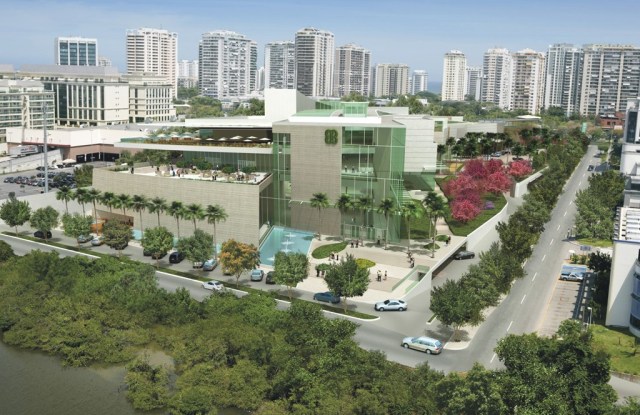 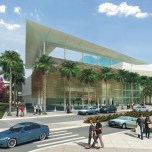 RIO DE JANEIRO — The floor looks like sand ripples sculpted by the waves of Ipanema’s beaches, and a huge skylight lets the city’s ever-present luminosity shine through, while large sections of glass walls treat shoppers to a stunning view of forest-covered hills framing the Tijuca lagoon, in the city’s upscale Barra da Tijuca neighborhood.

Rio’s Village Mall, which targets luxury clients, is slated to open on Monday, with three floors lined with Prada, Louis Vuitton, Tiffany & Co. and dozens of other foreign and local luxury brands.

Michael Kors and Anne Fontaine picked VillageMall as the location for their very first stores in Brazil. Several others are making their debut in Rio, Brazil’s second-largest city after São Paulo: Gucci, Miu Miu, Prada, Carolina Herrera, Cartier, Tory Burch and Tiffany are among the brands that first established a foothold in São Paulo and are now working to lure Rio’s luxury-goods buyers. Louis Vuitton has one of the largest stores in the mall. Investment in VillageMall reached about 350 million reais, or about $168 million at current exchange.

“Some of these brands had been planning to come to Rio for a long time, but they couldn’t find a suitable location,” Gabriel Palumbo, superintendent of the mall, said in an interview last week inside a dust-covered container that served as an office during the final construction phase. “VillageMall provided them with the opportunity they were looking for to be in one of the hottest cities in the world.”

Brazilians are getting richer and buying luxury goods like never before. Over the past few years, foreign fashion and luxury brands have discovered this nation of nearly 200 million people that are earning more than ever and having easy access to credit. Rio has the third biggest per capita income in Brazil after the capital, Brasília, and the financial center, São Paulo. Barra da Tijuca is Rio’s second richest district, with 300,000 people, after Lagoa, a narrow strip of land surrounding a lagoon near Ipanema.

The number of millionaires in Brazil rose 6.2 percent to 165,000 in 2011 from the year before, placing Latin America’s biggest economy in 11th place after Italy, which ranked 10th, according to the World Wealth Report by RBC Wealth Management and Capgemini.  And growth will accelerate, according to Credit Suisse. The bank said Brazil will produce 271 millionaires per day until 2016, according to its recent Global Wealth Report.

Built on 126,000 square meters (about 1.4 million square feet) on one of the last remaining pieces of land along Barra da Tijuca’s main Americas Avenue, VillageMall will open with 75 stores, nine restaurants, a theater with 1,060 seats that can host large productions and a state-of-the-art cinema complex. It has about 26,000 square meters (280,000 square feet) of leasable space and nearly 1,800 parking spots on three underground levels. More than 8,000 square meters (86,000 square feet) of VillageMall are glass-covered areas that allow sunlight to filter through, reducing the need for artificial lighting. The high ceilings at the two entrance atriums and the clean, white decor accented with Carrara marble tiles give the mall an impression of understated grandeur. Palm trees dot the mall’s interior gardens, adding a laid-back, tropical touch to the project.

VillageMall was developed by Multiplan Empreendimentos Imobiliários SA, which also built BarraShopping, the first mall in the area, inaugurated in 1982. BarraShopping is now one of the main shopping destinations for Rio’s so-called “new C-class’’ consumers — a new middle class represented by 40 million people that emerged from D and E classes between 2003 and 2011, according to Brazil’s independent Getúlio Vargas Foundation. Multiplan developed some of Brazil’s main malls in the Eighties, including Brasília’s ParkShopping and São Paulo’s MorumbiShopping. The company has 15 projects across Brazil.

Spacious VillageMall was built in the shape of a comma, so that visitors can see what’s ahead of them. It has several lounge areas — a rare comfort in most Brazilian malls. From restaurants on the terrace, visitors can view such Rio landmarks as Pedra da Gávea hill and the Olympic Park that’s under construction for the 2016 Summer Games, also in the Miami Beach-like Barra da Tijuca district.

Though the mall was built with superrich clients in mind, management expects to attract consumers from all backgrounds and socioeconomic levels seeking to experience some luxury.

“Our approach is to treat all clients very well, no matter where they come from or how they are dressed,” said Palumbo. “In Rio, where people are so informal, you just never know. A man wearing flip-flops may be a billionaire.”

Nicole Kidman starred in the advertising campaign when the mall was announced two years ago. The new campaign for the opening is still under wraps.