By Alessandra Ilari and Katya Foreman on March 5, 2009
View Slideshow 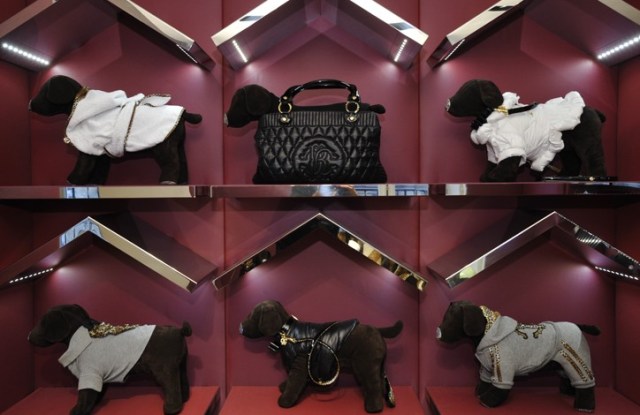 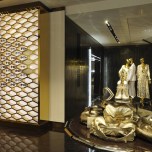 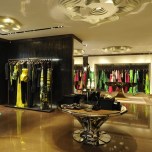 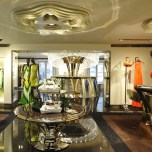 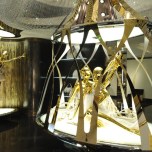 PARIS — “I’m a firm believer that there’s no success without excess. That’s my mantra.”

So says Roberto Cavalli, who describes his new 8,640-square-foot Paris flagship — slated to open to the public on Monday with an inaugural bash Saturday — as his most “ambitious and surprising project to date.”

Located in a seven-story building on the corner of Rue Saint-Honoré and Rue Cambon, and loaded with gleaming surfaces, it is hardly understated and — the designer fretted — might be perceived as over-the-top in this economy.

“I had some doubts on the new blueprint, but this shop was in the works for three years, and many things changed in the meanwhile,” the designer said in an exclusive interview. “The whole store is a declaration of love toward women, fantasy and my work.”

The final version is less lavish than the initial plan. Midway through the remodeling, Cavalli opted for a lighter mood, conceived with his longtime architect friend Italo Rota.

“We wanted to give the space the rhythm and structure of a couture house,” said Rota. “It’s a grand project that is at the same time intimate, made with scintillating materials, niches, unexpected corners and tiny living rooms.”

The boutique has a Seventies vibe with retro merchandising units in gold metal and a palette of browns, including a gleaming chocolate resin floor that lightens in intensity as customers move up through the building.

An ornamental cagelike structure dominates the entrance, in golden metal, suspended from the level above like a sci-fi chandelier. The work is a wink to the recently opened Cavalli club in Florence.

The first floor is dedicated mainly to accessories, including a floor-to-ceiling honeycomb-shaped eyewear unit in gold metal.

Daywear is found on the second floor, reached by a golden elevator or brushed metal staircase, while the third floor houses eveningwear as well as a private salon for made-to-measure, contained in a separate wing that retains the building’s original, 18th-century classic French features.

The final floor includes an intimate lingerie space with “sexy toys,” a selection of pieces from Cavalli’s home furnishings line, as well as a pet corner that showcases the house’s new dogwear line, offering everything from a bathrobe to a snow-white ski suit for mutts.

“Our house is full of dogs, and we thought this was a fun project that reflects the Cavalli glamour with the animal prints,” said Eva Cavalli, the designer’s wife.

Housed in the three floors above the store are the Paris press and administrative offices, as well as an apartment for the designing couple.

Cavalli called having a lavish Paris flagship “a dream come true. I’ve been designing for quite some time and I’ll never forget my young days spent in Paris when couture was palpable throughout the city,” he said. “I was so intimidated every time I walked past the headquarters of an atelier.”