Developed by LF USA, Design Nation will team designers with a city of their choice.

By Marc Karimzadeh and Lisa Lockwood on June 20, 2012
View Slideshow 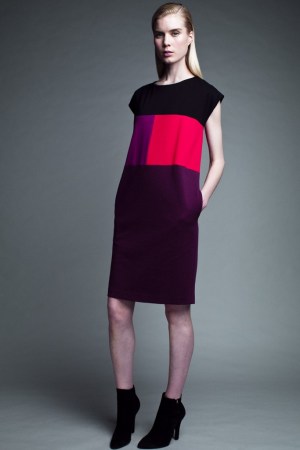 NEW YORK — Narciso Rodriguez’s latest design project required him to go on quite a trip.

This story first appeared in the June 20, 2012 issue of WWD. Subscribe Today.

This fall, Rodriguez becomes the first designer to participate in Kohl’s new DesigNation program. Developed by LF USA, the concept adds a new twist to fashion’s high-low game: Rather than simply bring designers to a retailer with special, limited-edition lower-priced lines, the program teams them up with a city of their choice, then takes them on a journey to that location to find inspiration for the monthlong capsule collection.

Rodriguez kicks the program off this November, confirming a WWD report last Thursday. The program is expected to continue for spring with Derek Lam, sources said.

LF USA executives could not be reached for comment on the program, while Kohl’s declined to confirm the identity of the second designer.

Rodriguez picked Istanbul as his city of choice, and went there for four days earlier this year with a team of Kohl’s executives in tow.

“It was a really interesting idea to travel somewhere you had never been to before, and get your inspiration from a place that wouldn’t normally be in your comfort zone, bring that back and turn it into a collection,” Rodriguez told WWD. “I was completely inspired by the people, the city and all the different cultures.”

While there, he visited the city’s museums and palaces, combed its famous bazaars, and took a boat tour down the Bosphorus. “There is such a great mix of Europe and Asia, and a really cool new scene, from the arts to the kids, the graffiti, the colors of the streets, the patinas on the walls, the tiles on the floors,” Rodriguez said. “I was taking it in from so many different angles. The adventure seemed like a great opportunity to do something new.”

To the fashion observer, the vibrant culture of Istanbul, including its patterns and textures, may seem like a world away from Rodriguez’s modernist ethos, but that seems to be exactly the point of DesigNation.

Rodriguez spent hours combing through rugs, and ended up photographing a stack of them, turning those photos into abstract prints for the collection. The result is possibly a more playful iteration of Rodriguez’s DNA. “I wanted to take what I do and merge it with something completely different,” he said.

The designer added that he was drawn to the project’s reach, which will enable him to broaden his name recognition. The collection, which features outerwear, tops, dresses, and knits, will be priced at retail from $30 to $150.

“A designer’s mission is to dress as many people as possible,” Rodriguez said. “It’s always been something that I have looked to do — to reach and touch people’s lives with my work.

“It’s a very real part of the way people dress today,” he added. “There is a broadened opportunity now, and every designer is looking to touch people’s lives in different ways, whether it’s through fragrance, accessories, capsule collections, or secondary lines. They’re all very real parts of the business today.”

LF USA has been reaching out to potential designers for the Kohl’s program with the help of the Council of Fashion Designers of America and its Business Services Network, which the subsidiary of Li & Fung Ltd. joined last year. According to sources, the program is spearheaded by Haim Dabah, group president of LF USA’s Regatta division. LF USA is said to have initially developed the idea for J.C. Penney, but eventually ended up securing a deal with Kohl’s.

For its part, Kohl’s offered few specifics about the project. “We are pleased to work with Narciso Rodriguez, the first designer for a new collection concept that will be available at Kohl’s in early November,” Kohl’s chairman, president and chief executive officer Kevin Mansell said. “We believe that Narciso’s collection will resonate with our customers seeking great design at an incredible value.”