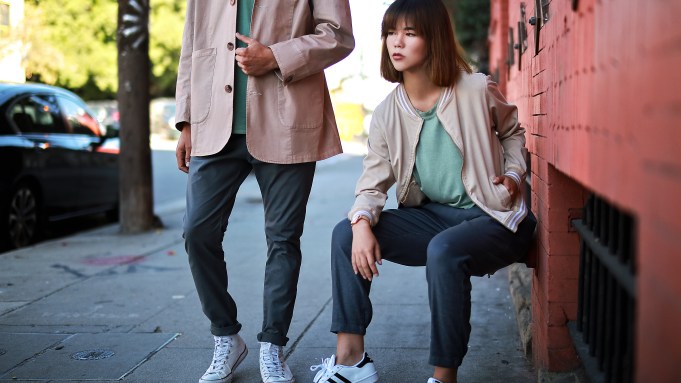 A former restaurant guy is now spearheading a new concept shop in the Los Angeles Arts District with an ambitious offer.

Colin T. McCarthy, a native of Colorado who has expertise in overseeing retail and restaurant concepts, was tapped to lead an experiment called The Rogue Collective, located on the ground floor of a historic building in one of L.A.’s buzziest neighborhoods.

“I’m a little maxed out on those lifestyle concepts. At the same time, the lifestyle aspect of this is what we’ve always wanted to develop the most,” he said. “I hope at some point Rogue Collective is a real collective of like-minded designers that get together and help each other succeed and piggyback off of each other’s social media reach, design contacts, creative direction and explore opportunities both inside and outside the collective and work together toward a common goal.”

The space is, of course, only one part store. It also functions as a gallery and event venue. The stage from the ground floor’s days as Al’s Bar is encased in a protective covering in an effort to keep the original piece free from wear and tear. In past lives, the building was also an Italian restaurant and before that a place for black travelers to stay at a time when most hotels in downtown were segregated. There are names and numbers scrawled on the brick walls from its days as a music venue and red exposed brick, all elements McCarthy kept, while creating furniture pieces from items such as reclaimed doors and railroad ties.

“You can feel that a lot has gone on here both good and bad and the history is undeniable. You discover new pieces of it every day,” McCarthy said, walking through the space.

The background story of Rogue has several moving parts, not the least of which is a distinction between Rogue Collective the store and Rogue the apparel line.

Mark Verge, who owns the Rogue Collective’s building, which is still the American Hotel above, bought the Rogue clothing label based out of New York about a year and a half ago. McCarthy, who was working at one of Verge’s restaurants located in Santa Monica, transitioned out of his role there to take on the retail project, beginning buildout in October.

The store opening was also timed with the revival of the Rogue apparel brand, which McCarthy aims to reinvent with closet classics made to last.

“What the brand was and what we’re moving it towards are two different things,” McCarthy said. “Rogue was East Coast-inspired and had a specific aesthetic, and I think what we’re trying to do now is develop a core offering. So styles and colors and pieces that are more universal than they were before. They’re those transitional pieces that are incredibly straightforward and simple all made right here within a three-mile radius.”

The point is to make things that last and can be versatile in the way they’re styled.

“I’ve always looked up to people who wore something a certain way as opposed to somebody who wore a certain something,” McCarthy said.

The capsule’s sold direct and as the brand begins releasing more product, distribution will likely stay that way with the exception of possibly selling in boutiques that complement the Rogue brand.

“Long term, I want our main focus and main source of revenue to be our web site because it’s obviously the most scalable,” McCarthy said. “I think people in this industry and other industries are still under the impression that you can basically just build a web site and then everything else takes care of itself. Obviously e-commerce is more competitive than anything else out there. It’s very easy to drown in that ocean, so you need to pump resources into it as well.”

The New Romantics: For Love & Lemons to Expand to New Headquarters