Ron Herman to Open in Tokyo 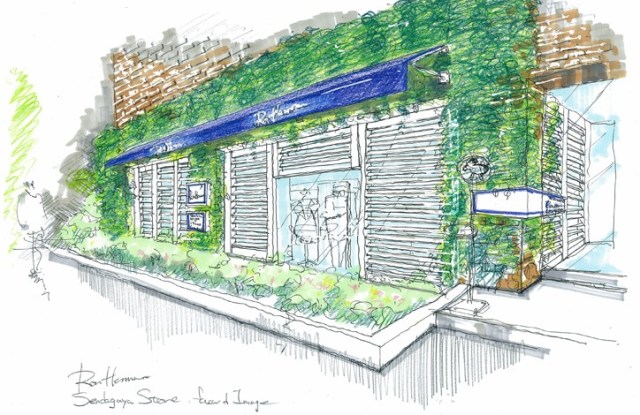 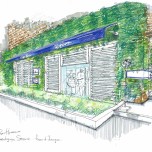 The Los Angeles-based specialty retailer, known for its celebrity clientele and its trendy merchandise, will open its first store in Japan on Aug. 29. The 3,000-square-foot boutique’s design will closely mirror that of the Ron Herman flagship on Melrose Avenue and offer a mix of high-end denim, luxury labels and brands from emerging designers in Los Angeles.

Herman said he’s been fielding requests from Japanese companies for years to open a store here — but none of the proposals seemed right until he linked up with Sazaby League, a manufacturer and retailer that works with brands like Phillip Lim, American Rag CIE and runs the Japanese subsidiary of Starbucks.

“Nobody has ever had the real guts to actually pick it up and transport it and reestablish it in Japan, because everybody does an interpretation of it. We are not taking that road at all. We have decided to do the authentic store,” said Herman, who just made his first trip to Japan in eight years. “We’re not going to change what we know to be successful in L.A.”

Herman said Tokyo may be his first store outside the United States, but it won’t be his last. He said he wants to take the store global and his partnership with Sazaby could expand beyond Japan to Europe and other Asian countries.

“What we’ve signed may be just Tokyo, but what we’ve shaken hands on is probably global,” said Herman, who said it’s too soon to give a timetable or specifics on an international rollout.

For now, Herman and his partners are concentrating on Tokyo. A space Sazaby is using as a showroom will be transformed into the store, which will feature a facade of shrubbery and fixtures reminiscent of the Melrose flagship. The location is in the residential neighborhood of Sendagaya — just east of Harajuku — an offbeat choice but one that makes sense for Sazaby since it rents the building as its headquarters and runs a large Starbucks out of the ground floor.

Herman said his desire for international expansion reflects the increasing globalization of fashion and the world at large. It’s the authenticity of a brand — be it a Hollywood retailer or a coffee merchant — that resonates with consumers across the globe, he reasoned, dismissing the notion that people in Los Angeles shop differently than their counterparts in Tokyo.

“I know this sounds a little strange, but I don’t think it’s much different than Starbucks,” he explained. “I can see where people in Paris would say: ‘Oh, you don’t know the French people — they’re never going to go for Starbucks.’ Well, have you been to Starbucks in Paris? They’re packed.”

Herman said the new store will make Tokyo shoppers feel like they’ve been transported to one of his stores in Los Angeles. It will have the same assortment of jeans and sportswear, along with labels like Ann Demeulemeester and Maison Martin Margiela.

Herman said he also will be introducing Japanese shoppers to a crop of young, emerging brands from California, including L’Agence, an apparel collection developed by Hollywood agency MMA’s Margaret Maldonado. Also of note: Sazaby has been scouring vintage dealers for vintage Ron Herman pieces to put in the store.

Recession aside, Herman contended there couldn’t be a better time to open his first store in Japan since, in his view, Los Angeles is reveling in a fashion moment and he hopes to capitalize on it. The retailer said Le Bon Marché executives recently solicited his advice for the store’s upcoming “Paris-Los Angeles” exhibition, which takes place from Aug. 27 to Oct. 10.

“I do think the world of fashion’s spotlight is on L.A. right now,” said Herman, who is the nephew of Fred Segal, another retail legend.

Herman admits even his flush celebrity customers are cutting back lately, but he’s optimistic things will bounce back. Consumers’ priorities may have shifted, but they will still shop in some form, he reasoned.

“If everybody went in a cave to hibernate last November, they’re coming out of the cave, whether the economy [improves or not],” he said. “They’re definitely coming out.”

Ron Herman isn’t the only American specialty retailer setting its sights on the highly competitive Japanese market. Earlier this year, Kitson opened an outpost in the Lumine department store in Tokyo’s Shinjuku district, and this fall Opening Ceremony will open its first store in Tokyo in conjunction with Onward Holdings Co. Ltd.

“I think it’s going to be stimulating to the economy here in Tokyo to have all these names and the people willing to invest in them,” Herman said. “It’s going to be a little more exciting.”