The new concept store is destined to sprout elsewhere. 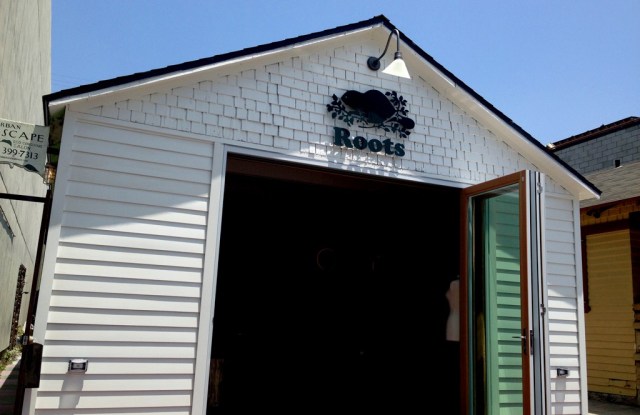 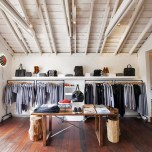 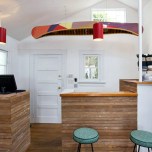 Roots Canada has put down retail roots in Los Angeles with a new concept store that is destined to sprout elsewhere.

Although the Toronto-based brand has an extensive network of 115 stores in its home country, it has yet to proliferate retail in the U.S., where the L.A. store on Abbot Kinney Boulevard in the Venice neighborhood is its fifth unit. The 700-square-foot store, which opened June 12, showcases Roots Canada in an intimate, upscale environment that may turn the perception that American shoppers have of the brand if they are familiar with it only from its past association with the Olympics.

The choice of Abbot Kinney was carefully thought out. “We love the street. My brother is an artist who has a studio in Venice, so we have followed the street for a long time,” said Michael Budman, cofounder of Roots Canada. “I think Abbot Kinney is the hippest street in America right now. I ran into Russell Simmons on Friday night and he said the same thing. It represents a way of life, and you have a great demographic with a lot of young, successful people who have money to spend and who are looking for quality. They do not want disposal fashion, and we don’t want Roots to be any part of disposal fashion.”

Roots Canada enlisted its design director and Budman’s wife Diane Bald, who worked in collaboration with Budman’s artist brother, Jim Budman, to hone the look of the store to suit the street. It resembles a house, which was what it was built to be in 1921. The lighting fixtures and furnishings are a combination of vintage midcentury pieces and pieces from Roots’ home assortment. An old ceiling was removed to reveal the beams underneath and give the store an airy feel, and a large folding door that serves as the entrance provides natural air-conditioning for the store.

The small size of the store was attractive to Michael Budman. “We’ve got some very large flagships. We are reevaluating what really makes sense. I think there’s a movement afoot where people feel better in smaller, but well-designed great spaces like this with a more boutique look,” he said.

The limited space narrowed Roots Canada’s focus at the store. Budman explained that the spotlight is on three things: leather goods, customizable athleticwear and connecting customers to Roots’ full selection online. Within a month, he said monitors would be placed in the store to enable shoppers to go online to browse merchandise not in the store. Furthering the shopping capabilities at the store, Budman said, “We are thinking of having a direct line to the factory. We are going to call it the green phone, where you can order specialty items direct.”

About 85 percent of Roots Canada’s revenues are from retail and about 30 percent of its revenues are from outside of Canada, according to Budman, who noted athleticwear is the company’s biggest category, followed by leather goods. Roots Canada’s annual sales are reportedly at least $185 million, but the company declined to elaborate on that figure. Through a partnership with Li & Fung, it has a retail portfolio of around 200 stores in Asia and is planning to add another 12 there this year. The Abbot Kinney store is the only North American opening expected this year, although Roots Canada is expanding its store in Vancouver on Robson Street and Burrard Street.

“We are up about 5 percent from last year. It has been a great start to the year, but March, April and May have had some of the oddest and most severe weather I have ever seen,” said Budman. “We are still holding our own. The stores are looking better, and online is doing really well.”

Roots Canada, which celebrates its 40th anniversary this year, sold a collection for two months at Target Canada upon the mass retailer’s debut in the country earlier this year. Budman said Roots was the “most successful brand” the retailer had at the time and that the relationship with Target Canada will likely continue. In the U.S., Budman would entertain a similar retail relationship. “I’d love to find the right partner in America that would appreciate and want to work with Roots on an exclusive basis, someone with the quality of a Nordstrom or Barneys,” said Budman. “We haven’t pursued it per se, but we think we are right for it because our products are doing so well internationally.”