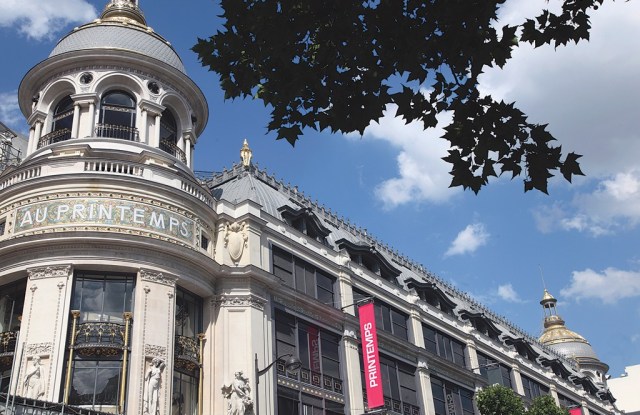 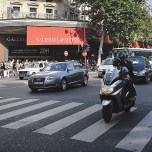 PARIS — It’s no secret Galeries Lafayette has been on an acquisitions drive — and its next target may be a prime department store competitor: Printemps.

Galeries Lafayette already purchased French jewelry chain Didier Guérin in July and publicly stated ambitions to snap up mid- to high-end brands in the ready-to-wear and accessories categories. A department store appears to be on that list as well.

Speculation escalated here Wednesday that the firm is preparing a buyout offer for Printemps, even though there seems to be little evidence Printemps’ owners are interested in selling.

Galeries Lafayette and Printemps combined would create a worldwide retail power with annual sales of 6.5 billion euros, or $8.61 billion.

A Borletti Group spokeswoman denied a new owner might be on the horizon. “Borletti Group has no intention at all to sell,” she maintained.

Executives at Deutsche Bank and Galeries Lafayette had no comment on the rumors.

There is little doubt Galeries Lafayette has the financial ammo in its war chest to make such a bid. In 2011, the company posted revenues of 2.9 billion euros, or $4.04 billion at average exchange, a 7 percent gain versus 2010 despite general weakness in the apparel segment.

In a move to focus more on its core department-store activity, Galeries Lafayette in June agreed to sell French retail group Casino its 50 percent stake in their joint venture Monoprix for 1.18 billion euros, or $1.56 billion at current exchange, ending a long-running dispute over the value of the store. The transaction is expected to take place before Oct. 30, 2013. Then, in September, Galeries Lafayette sold its 50 percent stake in consumer credit company LaSer/Cofinoga. Terms of that deal were not disclosed.

Ginette Moulin, who heads the supervisory board of Galeries Lafayette and is the granddaughter of the group’s founder, is reportedly preparing a bid for Printemps. An item appearing on the Web site of French business magazine Challenges speculated that the family-owned company would spend 1.6 billion euros, or $2.12 billion at current exchange, to acquire the retailer.

Galeries Lafayette has been making a significant international push that includes plans to open between five and seven new overseas locations before 2015, including Jakarta, Indonesia; Beijing, and Doha, Qatar. It is also looking for locations in Saudi Arabia and Europe. The firm said it would open a department store in Istanbul — in partnership with Turkish firm DEMSA Group — in the first half of 2015. Galeries Lafayette currently operates 59 locations in France and three abroad, in Casablanca, Berlin and Dubai.

Still, its home turf is a primary focus for the retailer. Its 710,000-square-foot Paris flagship is undergoing a three-year renovation to the tune of 85 million euros, or $112.6 million at current exchange, to make sure it remains one of the city’s top tourist attractions. Last year, Galeries Lafayette drew more than 30 million visitors, and part of the revamp will include extra room for services geared to foreigners, who represent a little less than half its customers.

Indeed, tourists flock to the store on Boulevard Haussmann, which is also home to Printemps’ flagship. That retailer has 15 other stores in France and plans — for the first time in more than 30 years — to open two new locations in 2014. One would be a smaller-format department store in Paris’ Carrousel du Louvre shopping mall and another in the Terrasses du Port mall in the southern French city of Marseille.

An acquisition of Printemps by Galeries Lafayette would significantly bolster the retailer’s muscle in France with a French iconic name, which is key strategically.

“Variety stores and department stores in France are dominated by domestic companies,” said Euromonitor International in its recent report titled “Mixed Retailers in France.” “Historically, they benefit from a strong image among French consumers and tourists, something of a significant barrier to the penetration of multinational players.”

In France among mixed retailers — which are defined as the aggregation of department stores, variety stores, mass merchandisers and warehouse clubs — Galeries Lafayette and Printemps ranked second and third, respectively, behind Monoprix in terms of percentage of retail value they generated, excluding sales tax, in 2011.