The site in Culver City is known as Hayden Tract. 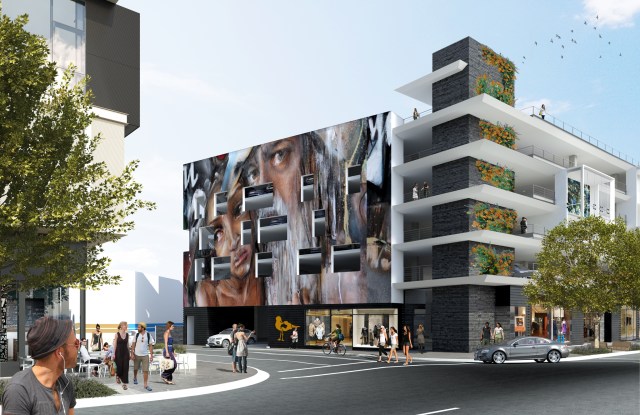 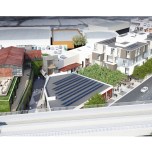 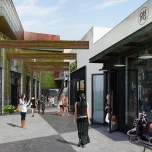 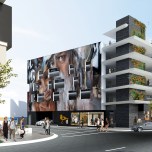 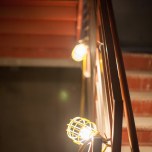 The Runyon Group has been exercising its developmental muscle.

The real estate firm, which has offices in Los Angeles and New York, is set to unveil Platform this week. Platform — the first development project for Runyon — is the reimagining of a four-acre site called the Hayden Tract in Culver City, Calif., that once served as an auto dealership space in the Sixties, according to Joseph Miller, Runyon’s cofounder and lifelong Culver City resident. His family owned one of the auto dealerships that the tract housed.

Runyon is one of the developers for the Hayden site, a former industrial zone in Culver City that fell into disarray in the Seventies. Through some recent redevelopment, the neighborhood has become a destination stop for restaurants and art galleries, as well as office space for media and advertising firms.

The Platform site is right next to the Culver City station of the Metro Expo Line. The project will feature retail space that includes fashion boutiques, along with freestanding buildings. Along with other parts of Hayden that have been developed, the entire tract is essentially a revamped campus that houses residential and office space and retail shops.

Miller said that Runyon acquired the site Platform sits on in 2010. He lined up financing for the development and has been working with Abramson Teiger Architects to create the look for the open-air concept site, a project that includes restoration of existing structures as well as the addition of some new ones. The result is a new Los Angeles site that combines fashion, art and culinary talent. Some of the spaces have become creative lofts for firms in the entertainment, media and fashion industries. Runyon is managing the entire development process from concept to development, leasing and management.

Walter Loeb, a former retail analyst and now consultant, said new developments such as Platform that have a lifestyle theme — in this case an eclectic creative backdrop — are what can now better attract and serve consumers, adding that it can’t be all about just shopping anymore. “You need better restaurants and lifestyle merchandising in the malls. When you think about it, most of the traditional malls are still very traditional. They’ve not changed enough to make it an entertainment center. They need to be more of a place to be because your friends are there,” Loeb explained.

David Fishbein, Runyon’s other cofounder, said the partners spend half their time on development projects and the other half on the brokerage-leasing component of their business. Runyon works with about 10 designers on their retail growth strategies. On the development side, it only works on one project at a time and will likely be tied up with the Culver City project for some time to come. “We purchased a couple of additional sites next to Platform. The first phase is a $75 million project,” he said.

Brands that have signed on include Velvet by Graham & Spencer, the Southern California contemporary fashion label known for combining a touch of edge to its laid-back luxury looks. Henry Hirschowitz, chief executive officer of Velvet, said, “For us, this was a no-brainer. It’s a great location. We have our office across the street. The area has become a destination [spot] in the neighborhood. There is a local art scene with some great galleries, so the artists have followed here. People come for the food scene because there are good-caliber restaurants and the living spaces are desirable.”

Another fashion firm is Nevena Borissova’s Curve, with the Platform site slated to be Curve’s flagship lifestyle concept. The store will include a collection of men’s women’s and children’s apparel, home goods, accessories and jewelry, mixing pieces from brands such as Isabel Marant, Balmain, Christopher Kane, IRO, Alexander McQueen and Raquel Allegra.

Also opening at Platform British home designer Tom Dixon’s U.S. flagship store. His only other store is The Dock in London. The site of Dixon’s shop, along with his take on a British tea room, will have the shop and café open up to Borrisova’s multilabel flagship.

Other shops and facilities include, but not limited to: athletic streetwear retailer Kilter; luxury optical brand Linda Farrow; boutique coffee-roasting café concept Blue Bottle Coffee; beauty apothecary Aesop, which will also include an area for spa treatments; leather goods and accessories firm Parabellum, as well as fitness studio SoulCycle and the headquarters for Technicolor’s creative subsidiary MPC, which caters to the digital media and entertainment sectors.

Runyon also is in the early stages of negotiation and outreach on the leasing side of the business for The Row, in downtown Los Angeles. The project involves a reimagining of a space that is more than 30 acres in size.