The skincare brand has opened its first store in Hong Kong and is planning further expansion to Taiwan, South Korea and Singapore. 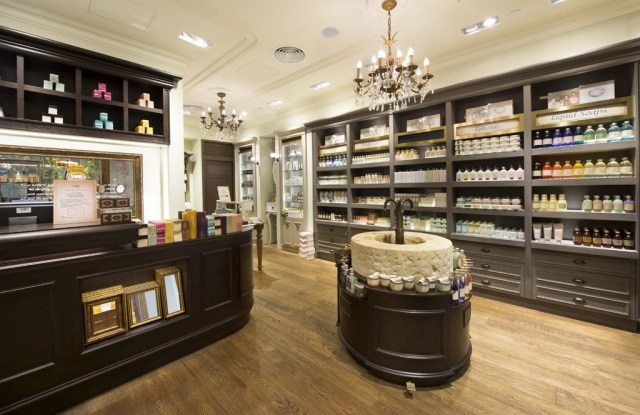 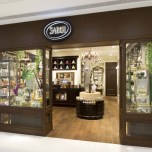 HONG KONG — Tel Aviv-based skincare brand Sabon has opened its first store here and is planning to expand further in the region with store openings in Taiwan, South Korea and Singapore later this year and early next year.

The new store in Hong Kong, located in heavily-trafficked Harbour City in Tsim Sha Tsui, is about 500 square feet in size and features the brand’s distinctive “wishing well” — introducing Israel’s ritual of hand-washing as a blessing. Made of Jerusalem stone that was specially flown in from Israel, the well also gives customers a chance to try out different products.

Sabon’s launch in Hong Kong is through a partnership with Fairton International Group Limited, a Hong Kong-based fashion and accessories distributor that represents 14 brands including Max Mara, Kookai and 7 For All Mankind. Though the company has been around for nearly 60 years, this is Fairton’s first foray into skincare.

“We haven’t stepped out of our comfort zone. I’ve been thinking about the future and the market is changing,” said David Chung, executive director of Fairton. Chinese customers have become more “individual” and want to decide for themselves what they want to buy, he said. Mainland Chinese are no longer satisfied to merely take friends’ recommendations, he added.

Sabon’s distinctive wishing well, packaging and store experience appealed to him because of the whole customer experience, Chung said.

Fairton executives discovered Sabon by accident while on a business trip in Amsterdam. Though the streets were relatively empty, they saw a very busy Sabon shop and walked in, tried out products and then bought some to bring home. Executives told Chung about the brand and he started to contact the company only to hear nothing, he laughed. It was only after an introduction by the Israeli consulate general in Beijing that Fairton and Sabon started talking, Chung recalled.

In addition to the Harbour City store, Sabon intends to open two to three more stores in the city and to have six stores in Hong Kong within the next two or three years. Sabon will also be opening a store in Taipei with Fairton later this year. Plans for Korea and Singapore are also underway. The brand is eyeing China as well, but will need to explore that carefully, Chung explained, since the market is so large and varied and there will be issues to address regarding distribution and regulatory approval, he added.

Founded in 1997 in Tel Aviv by high school friends Sigal Kottler-Levi and Avi Piatok, Sabon opened its first international store location in New York City in 2003. The brand opened its first location in Asia in 2008 with a store in Tokyo. Today it has 24 freestanding stores in Tokyo and three shop in shops.

“We still have a long way to go,” said Ronen Zohar, Sabon’s chief executive, on the brand’s international expansion. He declined to provide further forecasts for the business.

Skincare brands sometimes find they need to change formulations to suit the Asian market but Sabon executives said they haven’t had to change things yet.

“Israel’s weather is similar to here; it is hot and humid,” said Kottler-Levi.