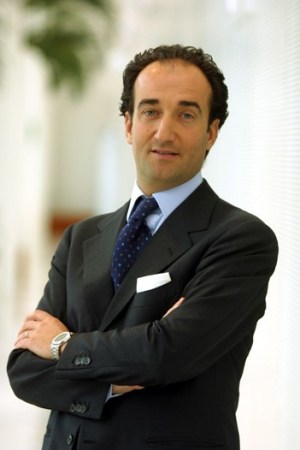 Some battles call for trusted generals. When Safilo’s flank was left exposed by the financial crisis, chairman Vittorio Tabacchi direct-dialed the man who had already led the company to victory earlier this decade.

“I had a passion for Safilo and a good relationship with the family,” Vedovotto said. “They were convinced that they needed my help again…and on Sept. 15, Lehman goes under. So, it appeared the stars were lining [up] together.”

Returning to the company he led from 2002 to 2006, Vedovotto faces many of the same challenges he had during his first stint, when he restructured Safilo financially and relisted it on the Italian Stock Exchange.

Dollar figures are converted at average exchange rates for the periods to which they refer.

Like 2003, following the outbreak of SARS and the Iraqi War, the collapse of the banking system has sent consumer confidence plummeting and discretionary spending on eyewear is expected to contract sharply this year.

“We have too much debt for any company in any market environment and in particular for this company in this market environment,” Vedovotto said candidly, describing the mix as his two biggest challenges. “Consumers have changed their attitudes, and they are clearly and unfortunately in a much worse [position] than they were some time go.”

“We have very little time and very little margin of error. The two things together are not easy,” Vedovotto said. “I am tired but very confident.”

Looking at his track record, he has every reason to be.

When Vedovotto first joined Safilo in March 2002 after 12 years at Morgan Stanley, the eyewear company was in a familiar squeeze.

Safilo was saddled with around 1.2 billion euros, or $1.13 billion, of debt — nearly nine times earnings before interest, taxes, depreciation and amortization — after Tabacchi bought  but his brothers and delisted the company from the stock market in 2001. After a decade of double-digit annual growth, inefficiencies had crept in — both operationally and commercially — and in 2003 consumer confidence touched its lowest levels in nine years.

“On the one hand, I was very excited but on the other I was very scared,” Vedovotto recalled. “That said, in terms of the company, I thought it was an extremely interesting opportunity because [Safilo] was the second largest player in the sector. It had a portfolio  of brands, which…[included some of] the biggest names in the industry, and my passion has always been fashion, luxury, accessories and eyewear. So it was the perfect match.”

Vedovotto restructured the debt, selling over 40 percent of Safilo to Credit Suisse First Boston Private Equity in 2002 and issuing a high-yield bond in 2003. As part of the operation, Tabacchi diluted his family’s holding to 39.9 from 55 percent. Meanwhile, Vedovotto hunted for profits across the business and signed lucrative new licensing deals, like Hugo Boss for Boss and Hugo in 2005.

“It was an extremely good run of which I am very proud,” Vedovotto reflected, “although I could not have done it without a team of extremely professional people.”

Vedovotto declined to go into details of his plan this time, clarifying, “I prefer to do things and then speak about them. What I can reassure you is that the company is in shape. The company will do well. The company will make it. And we will find a solution.”

The solution may come at a price, however.

As reported, Safilo said this month that it was going to downsize its production in Italy and Slovenia to streamline its organization, achieve greater efficiency and improve “its industrial profitability in the mid to long term.”

Up to 1,250 Safilo employees could lose their jobs, according to sources.

Tabacchi is willing to dilute his equity further, if necessary, possibly even to 10 percent if reports are to be believed, to obtain new financing for the group. That move would likely trigger a compulsory tender offer and another possible delisting.

He and Vedovotto are in talks with “several” potential partners, thought to be private equity investors, although no agreement has been reached — yet. The company needs a cash injection of around 250 million euros, or $320.3 million, according to analysts.

“I see the company in even better shape internally and externally. The company will be much stronger with a portfolio of brands that will be even more balanced, with a better balance of licensed and house brands as far as revenues are concerned, with possibly a stronger presence in high-end retail, with the possibility to keep investing at the same or even at a higher pace,” he says.

“I strongly believe that this industry needs at least two big competitors, and Safilo will be positioned to become an even stronger competitor in the industry than it is now.”