Calalzo di Cadore is founded by Giovanni Lozza and the Frescura brothers in Pieve di Cadore, a town in the province of Belluno in the Veneto region of Italy. 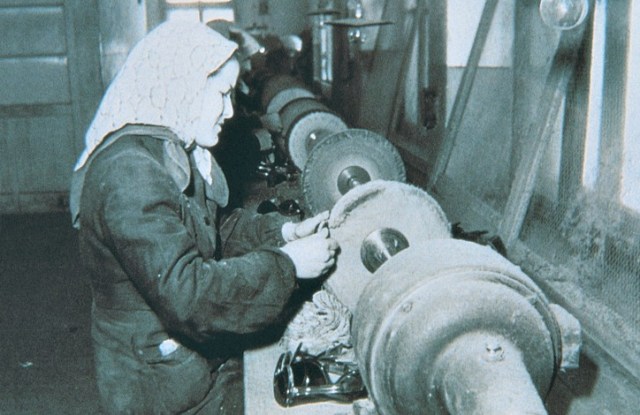 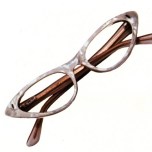 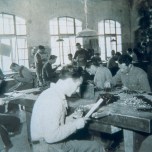 Safilo logo in the Forties.…

1878
Calalzo di Cadore, the first industrial complex for lens and frame manufacturing in Italy, is founded by Giovanni Lozza and the Frescura brothers in Pieve di Cadore, a town in the province of Belluno in the Veneto region of Italy.

1910
The Tabacchi family moves back to Italy to start a business in the Veneto region.

Forties
Manufacturing facilities on the Molinà River are updated with Pelton turbines, and the production area and offices are expanded. During the German occupation, the company is forced to make only one model of glasses, and the entire output is sent to Germany.

Fifties
Production and sales networks are reorganized, and sales are boosted in postwar Milan and Rome. Trends include large American-style glasses and sport-inspired protective eyewear.

Sixties
The company invests in producing sunglasses, leading to an increase in exports and greater competition with French and German producers.

1964
Safilo Group opens a plant in Santa Maria di Sala, in the province of Venice, where it transfers its administrative offices and entire production of cellulose acetate frames — the use of celluloid as a raw material for making frames was abandoned at this point.

1974
Guglielmo Tabacchi dies. His sons Giuliano and Vittorio take over the company’s operation.

1975-77
Distribution, sales and administrative departments are transferred to Padua.

1977
The first international sales office opens in Belgium. Others follow in the Netherlands, Denmark, Spain, Germany and France.

1980
Friulplastica is founded in Martignacco, in the province of Udine, to supply the group’s production plants with metal components. Safilo Canada is created.

1983
Safilo begins producing eyewear for key brands when it acquires Optifashion, which at the time had licenses with Gianfranco Ferré and Ferrari, among others.

1986
Safilo acquires complete control of Starline Optical, one of the U.S.’ most important eyewear companies, which had been the sole distributor of Safilo products since 1962. This unit in turn becomes Safilo USA.

1988
The group’s new headquarters opens in Padua; all offices including design move there. Gucci licenses Safilo.

1990
The Longarone factory becomes one of the eyewear industry’s most advanced production facilities, making metal, aluminum, and titanium frames.

1996
Safilo purchases Smith Sport Optics Inc., an American sports eyewear company founded in 1965. At the time of the purchase, Smith had 50 percent of the ski eyewear market. The company acquires Austrian Carrera Optyl, which has production units in Austria and Slovenia.
The Galleria Guglielmo Tabacchi opens at the group’s headquarters in Padua. Christian Dior licenses Safilo. The Blue Bay collection is launched.

2005
Company is quoted again on the Milan Stock Exchange.