Already the largest brand within the retailer’s men’s assortment, the company is launching two new sublabels — 212 and 611 — for the holiday season. 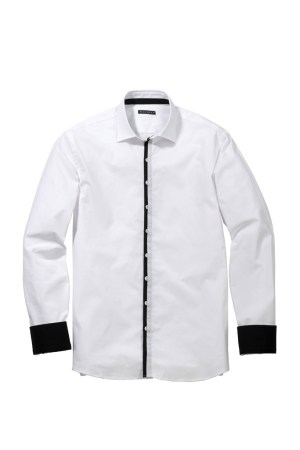 The Saks Fifth Avenue Men’s Collection is getting a little bigger.

Already the largest brand within the retailer’s men’s assortment, the company is launching two new sublabels — 212 and 611 — for the holiday season.

The new collections are named for numbers that relate to Saks Fifth Avenue’s New York heritage. The 212 brand, named for New York City’s original area code, is a trend-driven collection targeted to the customer “who is willing to take risks with his fashion,” according to the company. It is designed to appeal to a mature, fashion-forward customer and will be merchandised on the sixth floor of the flagship, where the more classic labels are sold.

The 611 collection, named after the address of the Fifth Avenue flagship, is for the “urban minimalist.” The line is young and trim, with an abundance of seasonal fabrications. It will be sold on the more-contemporary seventh floor.

“Following the success of the Saks Fifth Avenue Men’s Collection, we saw an opportunity in our men’s business to develop a broader assortment of private brand offerings that fit the needs of our customer,” said Tom Ott, senior vice president and general merchandise manager of men’s wear.

The introduction of 212 and 611 is part of the company’s push to enhance its private label offerings. The first men’s collection under the Saks Fifth Avenue Men’s Collection moniker was introduced in 2009 and it rapidly gained a foothold in the store. As a result, the company is hoping to extend that success to other categories throughout the store, notably women’s.

In August, Stephen I. Sadove, Saks Inc.’s chief executive officer, said he sees “substantial growth opportunity” with exclusive product. “It’s all part of a broader strategy of having more exclusive and differentiated product. We feel very good about the progress that we’ve made in men’s.”

To develop a unified look and feel for its new men’s offerings, Saks partnered with Pentagram, the design firm that created the Saks Fifth Avenue logo and the recent “I’m Going to Saks” and “@Saks” advertising campaigns. Pentagram has created merchandising materials for the brands designed to evoke Saks’ heritage. For example, the font being used for 212 was inspired by an old New York phone book, while a graffiti font is being used for 611 to “reference the brand’s modern energy and New York attitude.”

According to Terron Schaefer, executive vice president and chief creative officer of Saks: “I loved the idea of building a portfolio of brands that works together as a whole, while each collection maintains its own unique identity. Each of the numbers means something — we want these numbers to be as instantly recognizable as the 747.”