Saks has teamed up with Fox's breakout hit series "Empire" for a multiplatform program that includes store windows and in-store events. 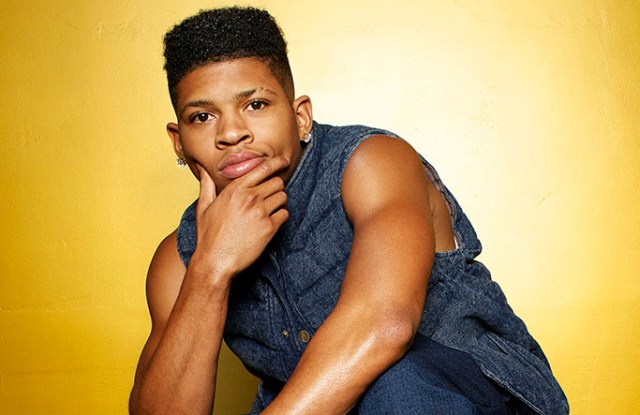 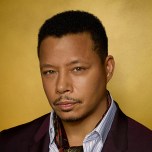 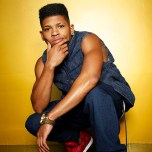 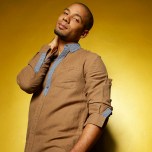 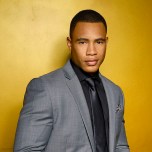 Actually, that’s “Empire,” as in the breakout Fox series about a record mogul, his three sons, divalike ex-wife and their struggle to control the family business: the record label.

The retailer has partnered with Fox to produce a multiplatform partnership that includes “Empire”-themed windows at the New York and Beverly Hills flagships, from Sept. 10 to Oct 7. “Empire’s” second season will premiere on Sept. 23. Gold, being the color of the records everyone wants to produce, the color of Empire Enterprises’ logo and the color of the shows’ promo shot, will fittingly be the operative tone in the windows.

Created by Lee Daniels, the Oscar-nominated producer and director of “Precious” and “The Butler,” and Danny Strong, the Emmy-winning writer of HBO’s “Game Change,” “Empire” is like “King Lear” set in world of hip-hop, from the manipulative Lucious Lyon to sibling rivalry gone amok to cascading betrayal.

From “The Tudors” to “Duck Dynasty,” nothing beats family dynamics when it comes to entertainment. “Empire’s” Lyons are every bit as ambitious as those South Fork Ewings. But when it comes to style, the Lyons mix the swagger of hip-hop and the soulfulness of R&B with a distinct dose of glamor.

“In the real world, people wouldn’t wear everything together,” admitted Marc Metrick, president of Saks Fifth Avenue, referring to Cookie Lyon’s on-screen wardrobe. A typical outfit is an Alexander McQueen geometric print dress with a full plum rabbit vest and black pumps with thick gold platforms. For Cookie, animal prints plus leather equals perfection. “Make them do a double take,” is her motto.

“Empire” will be featured in the Saks fall magalog, on saks.com and social media channels, where the winner of a contest, “How to Build an Empire” will get a behind-the-scenes tour of the show.

A curated product selection of brands that represent “Empire’s” aesthetic will include fine jewelry from Alexis Bittar, women’s ready-to-wear from Cushnie et Ochs, men’s and women’s footwear from Jimmy Choo and handbags and accessories from MCM. The collections will be available in select Saks stores nationwide and saks.com and each brand’s Web site and freestanding stores.

“‘Empire’” is meaningful and speaks to a wide audience,” Metrick said. “Different characters have different fashion sensibilities, but they’re all fashionable. Luxury to me is a dream. It’s something that can’t all be real. It starts with these characters and this world people climb into every week.”

That world includes patriarch Luscious Lyon, played with swagger by Terence Howard, and Taraji P. Henson as Cookie. Bryshere Gray and Jussie Smollett, play sons Hakeem and Jamal, respectively; both are recording artists for the house label. Trai Byers, as Andre, is the suit in the family. His wife Rhonda looks like a demure blonde but is anything but.

Byers is on the cover of the fall Saks men’s magalog. “This is big,” Metrick said. “The magalog is 272 pages. It’s only the second one we’ve done. The lines between entertainment and fashion are blurring. In very strategic ways, entertainment is like the new editorial.”

A private pre-launch party with the cast on Sept. 12 will take place at the New York flagship. Season two guest stars are expected to include Mariah Carey, Ludacris, Chris Rock and Pitbull. The first season had a rich cast of guests including Gabourey Sidibe, Rita Ora, Courtney Love and Naomi Campbell.

“Internally, this is a massive event from a brand positioning standpoint,” Metrick said.

“This rollout at Saks positions ‘Empire’ as a fashion brand,” said Jeffrey Godsick, president of Twentieth Century Fox Consumer Products. “As we introduce the next layers we’re doing, such as collaborations and having interesting designers create clothes for the cast, [we’ll have that credibility.]”

“We wanted to introduce ‘Empire’ as a lifestyle brand from the outset,” Godsick said. “It has aspirational qualities. We believe it can be a stand-alone fashion brand. It could be an ‘Empire’ label or a label related to a specific character.”

This wouldn’t be Fox’s first foray into clothing. “In the past we’ve done different things in fashion,” Godsick said. “‘The Simpsons,’ is the longest-running TV show in history and we did fashion collections with Jeremy Scott, Joyrich and Eleven Paris.”