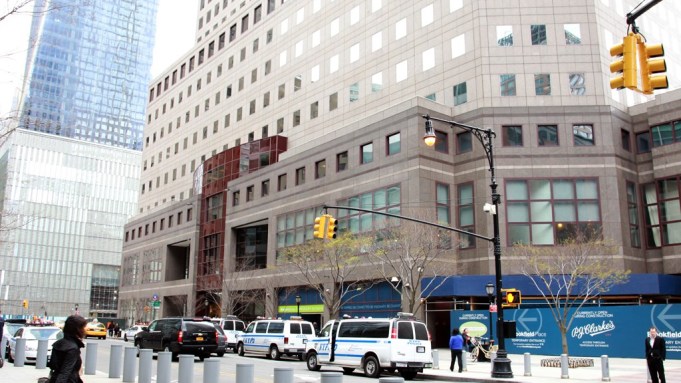 According to sources, the retailer will soon sign a deal to open a store at Brookfield Place, which is between Vesey Street and the Hudson River in lower Manhattan.

“Saks will anchor Brookfield Place, making it the undisputable luxury destination downtown,” said a source close to the talks.

It could not be learned how much square footage Saks will take at Brookfield Place, though considering the plan is for a full-line store, the space will be significant. Saks would not comment Wednesday on the lower Manhattan site.

Ed Hogan, national director of retail leasing for Brookfield, declined to comment on the Saks report.

WWD has also learned that Saks plans to open an Off 5th outlet close to Century 21 and the Westfield World Trade Center, just east of Vesey Street. That would be the first Saks Off 5th in New York City.

Brookfield Place, formerly known as the World Financial Center, is undergoing a $250 million redevelopment, reconfiguring its 250,000 square feet of retail space and its restaurant components. Last year, Brookfield Place executives said their development could accommodate two small anchor tenants with 25,000-square-foot and 20,000-square-foot spaces, but it’s possible Saks might take both, or even more space. Various new retail and dining experiences at Brookfield Place are expected to be open for business in about a year.

Owned and managed by Brookfield Office Properties, which has real estate in the U.S., Canada and Australia, Brookfield Place has the advantages of being scenically situated on the Hudson River waterfront; having links to 11 subway lines, the Path train and ferries going to New Jersey, and providing more than 8 million square feet of office space with five towers designed by César Pelli. It’s got a wide demographic, attracting locals living in and around Battery Park City, tourists from around the world visiting the World Trade Center and the area’s large office population.

Among its amenities, Brookfield Place will have a dining terrace of upscale casual eateries and a European-style marketplace similar to Eataly, which is on Fifth Avenue between 23rd and 24th Streets. The centerpiece is the 10-story Winter Garden glass pavilion for public events, shops and restaurants and the waterfront esplanade.

Meanwhile, Westfield, with about 365,000 square feet for retailers, is reportedly in late stage talks with Giorgio Armani, Tom Ford and Tiffany & Co., though tenants have yet to be revealed. The World Trade Center is not being configured for a major anchor tenant.

Efforts to sign up luxury and upscale brands are complicated by Hudson Yards, a huge project under development on the west side of Midtown Manhattan. Hudson Yards is in talks with Neiman Marcus and other retailers and brands but none have been unveiled yet. Coach, L’Oréal and Time Warner all will be headquartered there, however. Also, the South Street Seaport downtown is undergoing a redevelopment and will be seeking to attract a higher grade of retailing.

The move by Saks to Brookfield Place only solidifies the perception of lower Manhattan as a growing mecca for luxury. In 2017, Barneys New York will open a 57,000-square-foot store at Seventh Avenue and 16th Street, its old stomping grounds. That will give Barneys a second major Manhattan location, just like Saks will have once it opens in Brookfield Place.

Bloomingdale’s already has two locations in Manhattan, its flagship on 59th Street and Lexington Avenue, and its specialty concept on Broadway in SoHo. Bloomingdale’s has at times examined the west side for another store, including Hudson Yards, but for now at least has no plans for a third Manhattan site. Macy’s, too, has at times considered another location in Manhattan, uptown and downtown.

For the foreseeable future, Saks will have its hands full with construction projects. In addition to going downtown, the company is close to finalizing plans for $250 million worth of renovations at its Manhattan flagship between 49th and 50th Streets, where major objectives will be to beef up the accessories, jewelry and beauty businesses, among others. Saks’ parent, Hudson’s Bay Co., also owns Lord & Taylor and Hudson’s Bay in Canada.