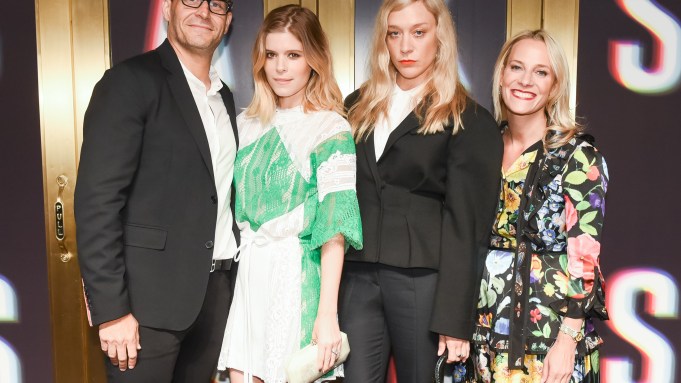 While Saks and most retailers have been streamlining, Saks isn’t coy about improving its flagship, where it’s spending $250 million over three years on major upgrades and new concepts. On Friday, Saks threw a party for 900 guests on its remade third floor for designers, which is a critical component of the renovation project and Saks’ quest to be a stronger luxury destination.

The third-floor overhaul began two years ago with the opening of Azzedine Alaïa and Stella McCartney shops, and over time added Chanel, Prada, Dior, Carolina Herrera, and others. The floor is virtually complete, with just Erdem yet to be installed.

The renovation’s next phase is the closing of the Wellery, the second-floor pop-up presentation of health and fitness shops, at the end of October. Construction starts in  November on a new beauty floor on two. Relocating beauty up a flight is a bold move, considering Saks has among the most productive beauty floors anywhere. But executives expect beauty on two, seen opening in early 2018, will be a more comfortable, service-oriented and shoppable environment with cleaner sight lines. The main floor will transform into a handbag and accessories hall.

The famous L’Avenue restaurant from Paris will open on the ninth floor in June, with construction starting around the end of the year. There will be views of Rockefeller Center and access from the eighth floor via a spiral staircase situated next to a Champagne bar, also with views overlooking Fifth Avenue.

On three for designers, “The idea was to rebuild the floor and complement it with newness, to make it so people don’t have to go anywhere else in Manhattan for luxury apparel,” said Metrick.

Saks did succeed in getting many designers it couldn’t land before, including Balenciaga, Céline, Prada, Loewe, Victoria Beckman and Miu Miu. There’s also Chanel and Dior on the floor, among other status designers.

It was a challenging process for the Saks team, because designers already have their own stores in town, are “well seated” with the competition, as Metrick noted, adding “distribution is not something everyone wants to add.”

However, the level of receptivity is something that Saks feels good about, Metrick said, though designers did have their requirements.

“It was important to them to have their own vendor identification,” he said. “We gave them their shops, their individuality, the environment. But we deliver service that is uniquely Saks,” Metrick said, noting that the Fifth Avenue Club for personal service has been boosted to 30 fitting rooms from 21, and now has four VIP personal shopping suites.

On Friday for the party, Saks flipped the traditional runway show format. Models, like guests at a fashion show, sat in the windows wearing  looks exclusive to Saks from Chloé, Erdem, Azzedine Alaïa, Carolina Herrera, Céline, Sacai, Oscar de la Renta, Miu Miu and Givenchy. Meanwhile, those attending the party walked past the windows into glaring lights. On the third floor, guests enjoyed a performance by Goldfrapp, along with DJ sets by duo Wladimir Schall and Agathe Mougin.

“I’d say the floor is a lot hipper than I expected,” observed Chloë Sevigny, as she wended her way through the packed center aisle Friday night.

“The floor looks young and exciting. I just see a lot of texture and color,” said Jill Sedley, a former Bill Blass executive, who came from the suburbs with her friend Lisa Reid, just for the party. “A lot of department stores are very formulaic. I see Saks trying to modernize its brand. They’re hitting a younger customer, but still maintaining a classicism.”

“It’s clean, compartmentalized and approachable,” said psychiatrist Sue Varma. Standing by the Champagne bar, Varma said the 55,000-square-foot floor, which houses 37 brands, is “not too small and not too big. It’s just right. It’s the paradox of choice. If you have too many options, people buy less.”