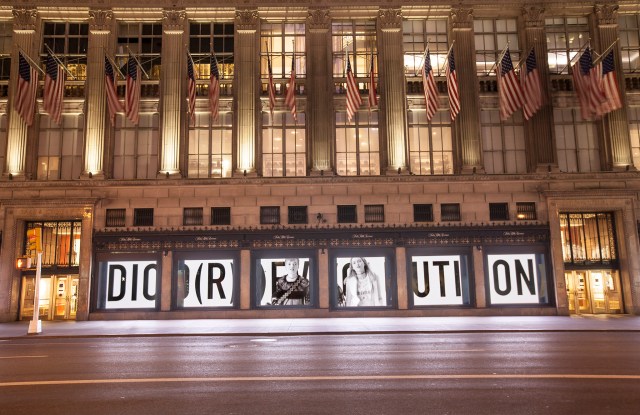 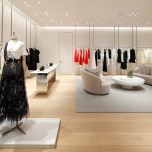 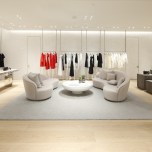 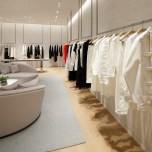 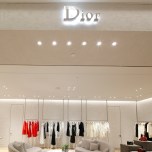 The word “launch” doesn’t adequately describe Saks’ approach to artistic director Maria Grazia Chiuri’s inaugural collection for Dior — land grab is more like it. Dior’s takeover of Saks real estate includes the entire bank of 16 of the flagship’s windows featuring digital content, products and messages such as the “Dio(r)Evolution” slogan it has been rolling out worldwide; a new Dior boutique, double the original’s size; a pop-up shop at Saks’ Brookfield Place unit; the brand’s first appearance on saks.com; a cocktail for top clients with Chiuri, and a Wow wall on the main floor.

The retailer in 2013 celebrated Dior’s then-creative director Raf Simons’ first collection with window treatments and more. “Full-court press today is very different than it was in 2013, when you didn’t have to worry about the web,” Metrick added. “This is a lot bigger. We use terms like ‘first full 360-degree effort.’ What it takes to activate a customer today is far from what it was in 2013.”

“We’re happy to be able to give Dior an omnichannel experience,” said Tracy Margolies, Saks’ chief merchant. “Customers can look at Dior online, understand the storytelling, come to the New York City flagship, see the windows and beautiful new shop, and experience the new collection.”

The Saks takeover is part of Dior’s global launch of Chiuri’s first collection, which began with a pop-up shop in Los Angeles last month. It is following that up with, in addition to Saks, launches at Colette in Paris, The Webster in Miami, Maxfield in Los Angeles, Antonia in Milan, The Corner in Berlin, Isetan in Tokyo, Hankyu in Osaka, Shinsegae in Seoul, the IFC mall in Shanghai, the SKP mall in Beijing, the ION mall in Singapore and Level Shoes in Dubai.

Sidney Toledano, president and chief executive officer of Christian Dior Couture, said, “We’re doing very well at Saks, in spite of last year. Our business has been good in the U.S. We opened the Saks ready-to-wear boutique and have had an excellent reaction. The momentum is there. We’re gaining market share in ready-to-wear, and shoes are flying. I can’t give numbers — well, it’s strong double-digit growth.”

Metrick made clear that Saks is very deliberate about to whom it devotes all of its flagship windows — the Dior ones will run until March 28. “We don’t do that often,” he said. “The last time we did that for a brand was with Louis Vuitton when we premiered the collection by Nicolas Ghesquière.”

Having exclusive Dior products heightened the importance of the launch. “It’s all about exclusivity and differentiation,” Metrick said. Dior’s inaugural foray on saks.com features Chiuri’s Defense handbag in black and white; a “We Should All Be Feminists” T-shirt, exclusive to Saks, and three other styles.

“It’s all about people really wanting something that not everyone will have,” Metrick said. “We’re creating scarcity. We love that the two handbags and T-shirt will be sold on saks.com. This is not something Dior does with anybody and certainly not in the U.S.”

“In the last 20 years, there’s a new generation of customers for Saks online,” Toledano said. “It’s a very limited offer — the T-shirt and two bags. We don’t want to go e-commerce on a large scale. We’re working it on our own side. To activate sales in stores we had to have an experience. This is a limited-time offer and I’m sure the T-shirts will be out of stock.”

Toledano added that the T-shirts’ statement about women along with the contribution from proceeds benefiting Rihanna’s charity the Clara Lionel Foundation will appeal to consumers. “There will be those who will do copies and that will not be good,” he said, “but it’s a cool and easy way to make an important claim about feminism.”

According to Toledano, the Dior pop-up shop at Saks at Brookfield Place is gauging consumer interest in the brand. “We’re going to Brookfield because it’s a test,” he said. “I saw the store. We’re very careful about where we establish long-term locations. We’ll see if there’s something happening there. I like the Saks Brookfield Place concept. I like what Saks did. New York is a big city and we also work with Bergdorf Goodman and Bloomingdale’s. The selection at each store can be very different. We don’t want to be everywhere. We know the type of client we have for each store.”

When Toledano was thinking of ways to communicate Dior in Manhattan, Saks immediately came to mind. “We launched in our flagship on Feb. 9 during fashion week,” he said. “We’ve had strong [sales] from the very first day. We have a Los Angeles pop-up for the new collection, accessories and shoes close in close proximity to Saks. When you have momentum, it works for everybody.”

That Dior branding at Saks is designed to be “highly interactive with video that will definitely catch the eye of shoppers is superexciting,” Metrick said. The Wow wall on the main floor provides an augmented reality Dior moment. It’s “talking retail and technology and marrying the two. You can create a 10- to 15-second video and post it. The Wow wall is an opportunity to highlight products that aren’t on the main floor to the four million people walking into the flagship.”

Not to be forgotten is Chiuri’s appearance at Saks tonight for a cocktail for Dior customers. “No one else is going to have her,” Metrick said. “People are doing a lot of talking about department stores dying. My number-one answer is, ‘Have you been to Saks lately?’ We have [augmented reality], windows, a designer’s first appearance, exclusive products and activations. It’s differentiating Saks from everyone else.”