Saks Fifth Avenue may have let go several merchants because of the Saks Inc. inquiry into improper vendor collections and related accounting issues. 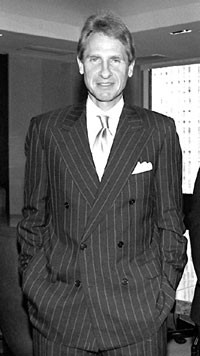 NEW YORK — The house cleaning at Saks Inc. might have spread into the merchant ranks of its Saks Fifth Avenue division, with reports circulating that about eight individuals were let go on Wednesday.

A half-dozen retail and Seventh Avenue sources, speaking on the condition of anonymity, said SFA buyers, possibly up to the divisional merchandise level in the bridge department, were asked to leave and escorted out of the store’s offices on 49th Street, across the street from the retailer’s flagship.

The vice chairman of Saks Inc., Steve Sadove, declined to comment Thursday night. Other executives at SFA and the parent Saks Inc. could not be reached for comment.

The reported departures stem from the company’s internal investigation into improper collections of millions of dollars in vendor markdown allowances as well as related accounting issues.

In addition, an internal audit committee said the bonuses of several executives, including R. Brad Martin and the chief financial officer, Douglas Coltharp, “should be reduced or eliminated.”

Reports that SFA merchants were being let go first surfaced on Tuesday, but a Saks Inc. spokeswoman declined comment, other than saying there would not be an announcement made on any further departures at SFA.

Saks also disclosed this week that the U.S. Attorney for the Southern District of New York was investigating, joining the Securities and Exchange Commission.

Amid the latest developments, one or more individuals in the fashion industry turned to New York Attorney General Eliot Spitzer regarding markdown and chargeback accounting abuses at Saks Inc., people close to the situation said.

Spitzer, who has led high-profile investigations of Wall Street accounting and ethics and insurance industry practices, was “approached” two months ago, legal and industry sources said. But one fashion source said that, for now, at least, it appears Spitzer, a Democrat who is running for governor, has no plans to duplicate the efforts of the U.S. Attorney for the Southern District of New York and the SEC.

An industry executive, speaking on condition of anonymity, said Thursday that, because the practice of markdown money and chargebacks is widespread throughout retail, there is “chatter” among some manufacturers about joining forces to combat the problem, including asking Spitzer’s office to reconsider.

For weeks, industry executives have been wondering whether the law enforcement probes into the vendor and accounting practices at Saks would widen to other retailers and how many people at Saks would be affected by the inquiries.

On Thursday, one vendor said those fired had worked in the bridge category more than two years ago. Some continue to be in bridge, while others had moved to other areas within the chain.

“Most bridge lines are planning for their holiday market, and everyone’s wondering who will come in now,” said one vendor.

“I have had no problem with Saks,” said another. “I was surprised about this. I don’t know why certain people would be accountable in a situation like that. It’s an industry problem and there are much bigger issues out there.”

Saks Inc. revealed the probe by the U.S. attorney’s office on Monday, saying it “intends to cooperate fully.” The company first disclosed in March an internal investigation regarding alleged improper collections of vendor markdown allowances in one of SFA’s six merchandising divisions.

An industry source said there is concern that the investigation by the U.S. attorney’s office would be narrowly focused on just the contract negotiations between buyer and seller, and would exclude the broader implications, such as the practice within the industry and the impact on consumer prices at retail.

The law enforcement source refuted this concern, noting that the U.S. attorney’s office has more than adequate resources in terms of staffing to conduct just such an inquiry.

— With contributions from Marc Karimzadeh