The luxury retailer now sees a September 2021 debut for its store in the mega retail and entertainment complex, which has been hurt by the pandemic.

It’s a go for Saks Fifth Avenue at the American Dream retail and entertainment complex in East Rutherford, N.J.

That’s the word from Richard Baker, governor, executive chairman and chief executive officer of the Hudson’s Bay Co., which owns Saks Fifth Avenue. Baker told WWD that Saks Fifth Avenue has rescheduled its opening at American Dream to September and is far along in the planning.

“We’ve got all the vendors. The interiors and fixturing are beautiful. We’ll be ready to go,” Baker said. “It will be the only Saks Fifth Avenue in New Jersey.” Saks used to operate two stores in New Jersey, in the Mall at Short Hills and The Shops at Riverside in Hackensack.

Baker added that the complex is easily accessible to millions, that there will be valet parking, and that he recently visited the mall and was encouraged by the size of the crowd there.

Saks delayed its opening at American Dream a couple of times due to construction issues and most recently was scheduled to open in March this year. However, in light of the pandemic, the September timing seems better considering many more people by then will be vaccinated and retailing in the second half of 2021, according to many retailers and industry prognosticators, is expected to be better than the first half.

Long-term, American Dream is going to be a success, Baker predicted, despite its history of construction delays, and financing issues apparently exacerbated by the pandemic.

News that Saks is proceeding with its store in American Dream follows reports last week that the complex defaulted on a construction loan and that as a consequence, Triple Five, the developer of American Dream, had to give the lenders a 49 percent stake in the Mall of America in Bloomington, Minn., and the West Edmonton Mall in Canada, both developed by Triple Five. Triple Five has not commented on those reports. It cost more than $6 billion to build the 3.3 million-square-foot American Dream complex, which also includes the world’s largest indoor wave pool, encompassing 1.5 acres.

Triple Five’s financial difficulties compounded by the pandemic won’t help with retail leasing activities at American Dream, where there is still plenty of square footage to fill.

Also at American Dream, Century 21 Department Stores planned to open a large format store, with a more contemporary design, modern fixturing and new logo. But the off-pricer went bankrupt last year and liquidated. During the bankruptcy process, the Gindi family, which owned, operated and founded the famous off-price chain, bought back the intellectual property in November for $9 million, together with a silent partner.

Among the larger of the 100 or so stores listed on the American Dream website are Primark, Best Buy and Old Navy. Hermès is scheduled to open a store as well.

As reported, HBC has split Saks Fifth Avenue’s e-commerce business and brick-and-mortar store chain into separate companies. Insight Partners made a $500 million minority equity investment in the Saks e-commerce business, now known as Saks. The retailer’s 40-store fleet will operate separately as an entity referred to as SFA, which remains wholly owned by HBC. 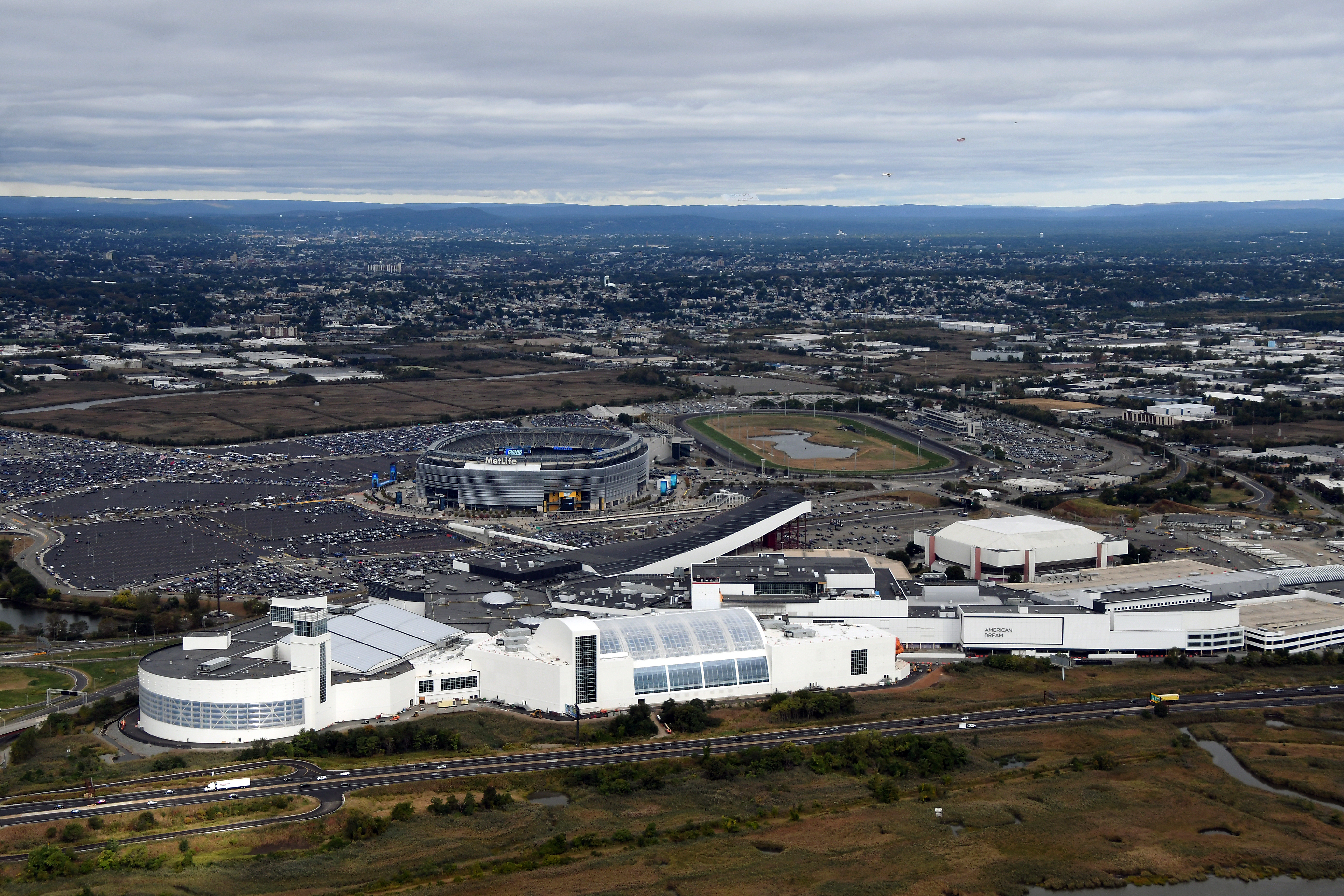 American Dream in East Rutherford, N.J. is right next to MetLife Stadium.