It catered to a ‘who’s who’ of first ladies, socialites, celebrities and power brokers in the nation’s capital.

By Kristi Ellis and Sharon Edelson on October 10, 2016
View Slideshow 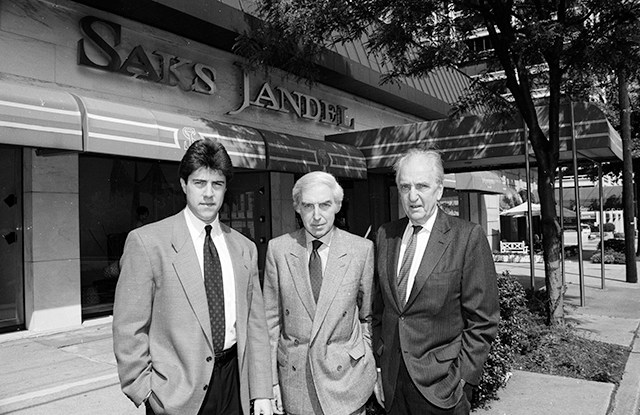 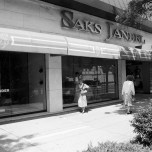 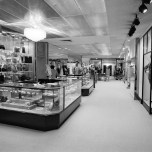 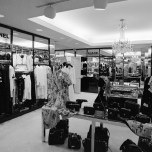 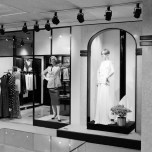 WASHINGTON — Saks Jandel, for decades the capital’s designer store for first ladies, celebrities and society doyennes, is closing its doors, marking the end of a retail era rapidly being transformed by e-commerce and consolidation.

The oldest remaining family-owned upscale store in Washington, Saks Jandel has flourished for decades, bringing couture to the power brokers and social elite in the nation’s capital.

First ladies Nancy Reagan and Barbara Bush were clients, as was Elizabeth Taylor, who shopped there when she was the wife of former Sen. John Warner. Philanthropist Deeda Blair also was one of the store’s patrons, often partnering on events with Saks Jandel to raise money for charities.

Now it is closing the last chapter on its 128-year history at a time of restructuring in the retail industry that is impacting stores both big and small.

Peter Marx, president, who has been with the company for 37 years, said a final liquidation sale will begin Thursday, but he expects to stay open for several more months, continuing to serve his loyal customer base. Marx said the company is as vibrant as ever, but noted it is time to close because his children are pursuing other things and he will focus on his real estate business.

Saks Jandel’s reputation as a fashion retailer is largely due to the late Ernest Marx, Peter’s father, who died in 2009 and who had assumed the helm of the company in 1959.

“He really was the creative, innovative genius who loved this industry,” Marx said of his father. “This was not work. This was his passion. He befriended what would become the epicenter of the elite designers who would become the most influential of the 20th century.”

“Mr. Saint Laurent invented ready-to-wear. That didn’t exist in Paris,” he added. “Everything was made to measure. Couture was custom-made clothes for the elite. Mr. Saint Laurent put clothes on real people. They were special clothes, but they were clothes that could be bought off the rack and my father was there for that.”

The Saks family opened its first store in Washington in 1888. In 1867, a cousin opened a Washington store under the name Saks & Co. and later moved to New York to create Saks Fifth Avenue, according to the company. Ernest Marx married a Saks granddaughter and eventually took over as president of the company in Washington, later renaming it Saks Jandel.

During his 50-year tenure with the store, Marx secured exclusives with a “who’s who” of the world’s top fashion designers and houses, including Gucci, Valentino, Yves Saint Laurent, Christian Dior, Chanel, Emanuel Ungaro, Fendi, Givenchy, Pierre Cardin and Christian Lacroix.

His reputation for providing privacy, security and personal attention drew Washington’s elite to the store and put it at the cross-section of fashion, politics and history.

“There certainly have been presidential calls while secretaries of state have been in the dressing room and suggesting to the president, ‘Is this urgent because I’m at Saks Jandel being fitted right now,’” Marx said.

The store, which has always had deep roots in the community, for decades sponsored high-end fashion events to educate shoppers and raise money for charities, including a regular quadrennial informal showing of sample inaugural ball gowns. For six months, the company planned a three-day inaugural ball event for the second weekend after the election. The month before Obama’s first presidential victory, Marx invited Los Angeles designer Kai Milla, wife of singer Stevie Wonder, to visit the store on Nov. 15 and show her inaugural ball gown collection.

Trunk shows have fueled sales. J. Mendel and Etro in 2009 held runway shows at Saks Jandel. The former realized sales of $200,000 from its event.

Donna Karan in December 2003 visited Saks Jandel’s rtw department, half of which was filled with her designs, for a fund-raiser for the Harvard AIDS Institute hosted by Deeda Blair.

Despite Saks Jandel’s success over the decades and the fact that it is leaving on a high note as a vibrant business, brick-and-mortar retailers in general are being squeezed by online competitors, markdown pressure and consumers’ recent seeming unwillingness to spend on fashion over experiences.

Harriet Kassman, a 30-year fixture on the Washington designer scene, closed in 2009. Martha Inc. was shuttered in 2003 after 70 years. The family-run chain at one time had six locations and sold designers such as Galanos and Zandra Rhodes.

“If the big guys are having a tough go of it in the luxury arena, you can imagine how much more difficult it is for some of the little guys,” said Arnold Aronson, managing director of retail strategies at Kurt Salmon. “They face the same problems, but they’re compounded.”

Aronson cited the strong dollar and how it’s affected international and domestic tourism. Also, smaller retailers face issues of scale and “don’t have as much pull or buying power with some major designers who are trying to cut their distribution,” he said.

In addition, independent retailers are faced with the need to upgrade the technology they use to run their businesses.

“Those are all huge issues that have to impact some of the smaller specialty guys,” Aronson said. “Those that hold on have such built-in loyalty from their core customers. They know who their customers are and they provide [excellent] service. It’s very hard to attract new shoppers. Consumers have lots and lots of options.”

Frank Badillo, director of research at MacroSavvy LLC, a market research and consulting firm, said, “What is clear is that it is the upscale shopper that has been leading that shift online and there are more options available to them that they may not have been aware of. The bottom line with retail is that it is in such a state of disruption and change that anyone who has operated in retail for a long time has to be wondering about the future…and where things are going and where they need to be for the future.”

Badillo said upscale retailers such as Nordstrom and Neiman Marcus are finding it “increasingly more difficult to grow” under pressure from online sales.

“I think you extend that to this extreme upscale [specialty boutique] and it is vulnerable in the way that those mainstream retailers are vulnerable…What we are seeing is category by category, domino by domino, more retailers being affected and more categories shifting online,” he added.

Marx perhaps summed it up best when he said: “Fashion and luxury, I promise, will be around for the next 128 years, although we won’t be a part of it. When we started, Grover Cleveland was the president and the Spanish-American War hadn’t happened. There have been…depressions, recessions and world wars during the last 128 years and there will certainly be other great and terrible things over the next 128 years, but fashion and clothing and taste will survive.”