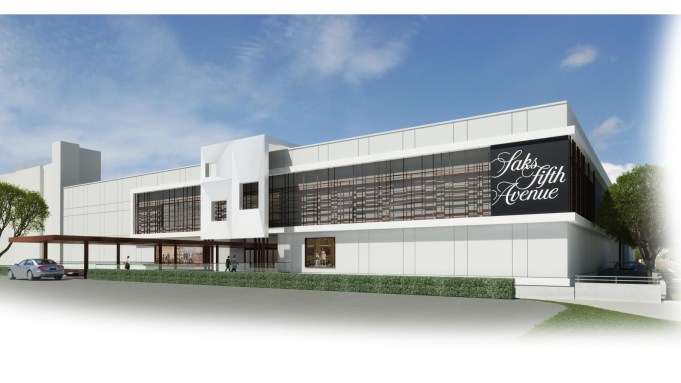 HOUSTON – Saks Fifth Avenue here is on the move and upping the ante with a 200,000-square-foot store opening at the end of April at The Houston Galleria. Exclusive lines, individual designer boutiques and an emphasis on socializing and sipping while shopping are among the upgrades offered at the store.

The Houston location is one of Saks’ top-performing stores, routinely falling just behind the New York flagship and the unit in Beverly Hills. The Houston store is overseen by Bobby Dees, vice president and general manager and the new unit will open April 28.

Improved parking directly under the new building and the Fifth Avenue Club, an on-site personal shopping service with eight private shopping suites, are among the improvements. “It’s not about how much money you spend. This service is for everyone,” Dees said of the shopping service. The store will also include the Personal Service Experience, which brings items to customers’ homes, offices or hotels via a custom Mercedes-Benz Sprinter.

The two-level store was designed with CBX Agency in New York and draws on a palette of cool neutrals like white and gray, incorporating wood and stone throughout. Each designer shop within Saks will have the same interiors, but will add their brand’s colors and style.

Saks is plumping up the size of the beauty and fragrance department as well, taking it to 20,000 square feet from 13,000 square feet, second only to the New York store, with exclusives like Kilian and enhancing the offerings from Chanel and Gucci, among others. Saks is also enhancing the jewelry department by adding Graff, Pomellato, Piaget, Vhernier and Hermès Watches.

The expanded space makes room for new designers to the Houston store such as Proenza Schouler and Dries van Noten, plus one of the largest Gucci ready-to-wear shops. Other elements include a Christian Louboutin boutique, the first outside of the Saks New York flagship, and a reimagined 10022-SHOE department.

The men’s department is tucked away on the second floor and often forgotten, but in the new store, shoppers will find it on the main floor — along with the addition of a bar at the base of a winding staircase, creating a natural social element. An expanded and updated 51 Fifteen Restaurant & Lounge on the second floor features private dining options, as well as a secondary bar.

The new Saks store is part of a $30 million renovation throughout The Galleria by Simon Property Group, which owns the mall. Despite the economic downturn in Houston due to the low cost of oil, Dees is upbeat about long-term projections. “You can’t foresee the economy, but we know over time the local economy will get better,” he said. “We are optimistic about Houston and we are focused on being the best retailer we can be.”

Saks shutters its current doors April 20 at 6 p.m. and the merchandise migration begins, making it the largest move the company has ever attempted. The new store opens April 26 with a variety of public and private events featuring designer Erdem Moralioglu.