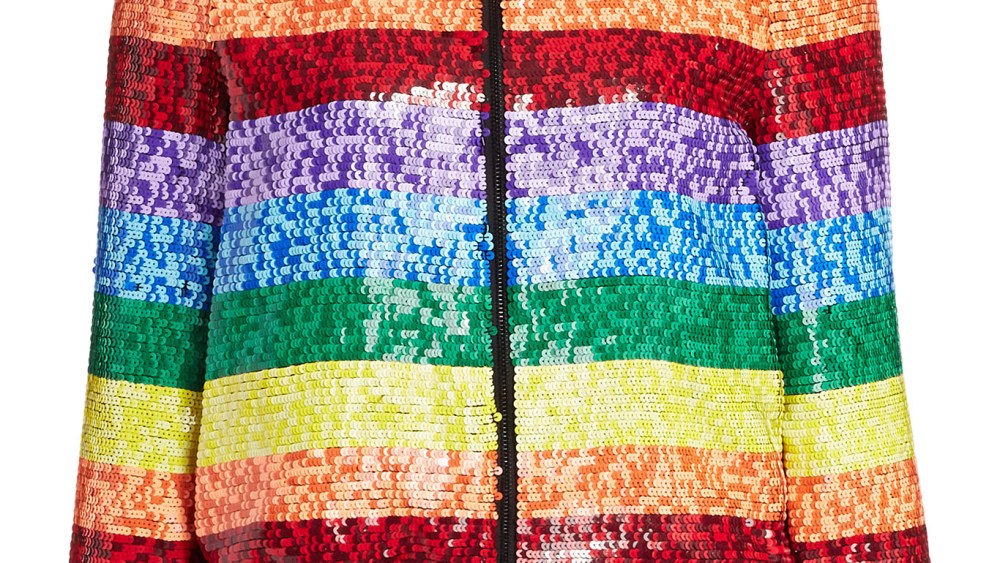 Saks Fifth Avenue is taking a stand on social injustice — and designers are on board.

On May 15, Saks launches a comprehensive campaign to support the LGBTQ community and honor the 50th anniversary of the Stonewall Inn Riots and the 2019 WorldPride festival.

Saks will sell a capsule collection of unisex fashion items created by 15 designers and brands and will donate 30 percent of the net proceeds to the Stonewall Inn Gives Back Initiative, also known as SIGBI, with a minimum $100,000 donation.

“Equality is all we can hope to have as creatures inhabiting this planet,” said Stella McCartney, among the designers participating in the Saks campaign. “We need to understand our potential as individuals, stand shoulder to shoulder as equals and make way for all-inclusiveness.”

“So much of what we take for granted today is due to the strength, sacrifices and struggles of previous generations,” said Balmain’s creative director Olivier Rousteing, who is also part of the campaign. “I am in awe of the audacity of the Stonewall resisters and honored to be a part of this initiative that honors them.”

The campaign will also encompass window installations, in-store displays, social media and online editorial on the Stonewall Inn Uprising in 1969 triggered by a police raid at the inn, located in Manhattan’s Greenwich Village. The uprising galvanized New York’s gay community and marked the start of the Gay Liberation movement.

Saks is also selling the book “Pride: Photographs After Stonewall,” by Fred W. McDarrah. All of the net proceeds from the book will be donated to SIGBI, and Saks’ windows will be filled with images from the book.

The campaign continues through the end of June.

“We are passionate about using our platform to advance causes and issues we believe in,” said Emily Essner, Saks’ senior vice president of marketing and digital. “The 50th anniversary of the Stonewall Inn Uprising is such an important milestone for the LGBTQ community and also in the history of New York City. Honoring the uprising and LGBTQ community, said Essner, is “a natural fit” for Saks.

“In the Sixties, there so much civil unrest in the country between what was going on with the Vietnam War, the feminist movement, and with the LGBTQ community, especially in New York, which was being subjected to raids constantly,” said Stacy Lentz, founder and chief executive officer of SIGBI, and co-owner of the Stonewall Inn.

“This was a community that had been oppressed and grew tired of not being given the dignity and same rights of others,” added Lentz. “Finally, one of these raids sparked the modern-day Gay Rights Movement and out of the Stonewall Inn riots came a lot of activists.”

SIGBI is the official charity of The Stonewall Inn and a nonprofit charitable organization inspired by the struggles and ideals of the LGBTQ movement born from the Stonewall Inn Uprising. SIGBI supports grassroots organizations that work to eliminate social intolerance impacting LGBTQ individuals, particularly those living in Middle American and Southern communities where, as Lentz said, “equality has been slow to arrive.”

In light of the 50th anniversary of the Stonewall Inn uprising, New York was selected as the host city for WorldPride, held every two years in a different city during the last week in June. WorldPride is geared to educate people about the LGBTQ struggle and the Stonewall Inn Uprising through cultural and educational events and exhibits. This year, WorldPride is expected to be the largest LGBTQ pride celebration in history.

Lentz said the Saks campaign marks the first time SIGBI has partnered with the store, though it has partnered with other New York institutions including JetBlue and the Brooklyn Brewery. “Fifty years later, the fight is not over. With the help of Saks and other partners, we keep the fight alive,” Lentz said.

“The Saks program identifies with my brand values,” said Christian Louboutin. “We represent being fearless, unafraid and optimistic. The messaging around this program is strong and something I wish to support. The runners with the rainbow colors [designed for this collection] represent happiness. I love for people to see hope when looking at their feet.”

Added trans activist Kate Bornstein, “Everybody’s got a platform, everybody can reach some people, not everybody can reach all the people — thank goodness. Saks reaches a segment of the population, that frankly, I couldn’t reach directly, so I’m grateful.”
Newsletters