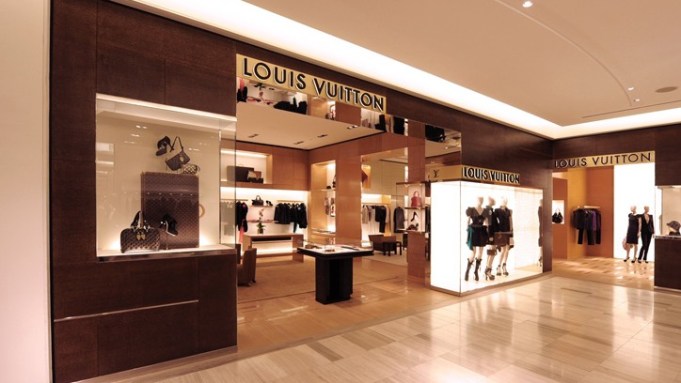 After lengthy and tricky vendor negotiations and more than $30 million in construction costs, Saks Fifth Avenue has delivered its ultimate designer experience.

The 61,000-square-foot third floor of the Manhattan flagship has been completely remodeled with 22 hard shops, 49 designer labels in total and an expanded Fifth Avenue Club with 18 “suites,” a kitchen for serving lunch, a VIP room and Josie Natori-designed changing robes.

With Rube Goldberg-esque complexity, the floor required a year of negotiations with designers on location and adjacencies, and then another year for construction. The result: Rather than the usual run-up of shops, there’s a sense of discovery, since just about every designer created something unique for Saks.

The floor, which happens to be the nation’s largest for designers, was conceived with the help of architecture firm Mancini Duffy and is adorned with Tibetan rugs, decorative laser-cut or carved-glass panels and a mix of floor coverings — from travertine marble to distressed wood and carpeting. There are also gold-leaf-gilded screens and bronze chandeliers in the form of weeping cherry trees, both created by Michele Oka Doner; copper arm chairs by Stephanie Odegard, and a chrome yellow table from India Mahdavi.

There’s a greater sense of openness, achieved by three wide aisles instead of having one main one previously, removing the walls, which encased the escalators, and the ceiling variations — in some shops, such as Akris, they seem like floating canopies. The wrap desks are concealed from public view, and there are 32 dress styles being displayed, which were all created exclusively by designers to mark the launch.

“If you are buying designer, this is what you deserve,” said Joseph Boitano, Saks’ group senior vice president and general merchandise manager of women’s.

On Sept. 9, Saks and Charlize Theron will host a dinner party for 150 designers, fashion press and others. A 16-page insert featuring Stella Tennant photographed by Bruce Weber is in the September Vogue and will run in The New York Times.

The timing of the new floor has some irony considering the difficult economy and the fact that Saks has been aggressively cutting expenses in response to difficulty selling designer merchandise and other categories. But vendors contributed substantially to the cost involved in creating the floor, and Saks hopes the investment lifts the floor’s productivity next year to more than $3,000 in sales per square foot from the current $2,700 to $2,800. Only the main floor for cosmetics, designer handbags and fine jewelry is more productive.

“This is a major investment for its future,” said Ron Frasch, Saks president and chief merchandising officer. “We’ve built something that we expect to be here for a very long time. It’s modern and classic.” However, Frasch did acknowledge: “The designer business has been challenging.”

Just past Chanel, situated at the escalator landing, there is a 2,000-square-foot shared area showcasing rising talent such as Erdem, Doo.Ri and Marios Schwab, whose collections were added to the New York store for fall. Other designers recently added in conjunction with the renovation include Proenza Schouler, Zac Posen, Martin Grant and Derek Lam.

Saks also has what it characterized as the first true in-store shops for Giambattista Valli and Kaufman Franco, while other designers stepped up, as well, with unique shop concepts — in some cases, inspired by their European salons and flagships, such as Yves Saint Laurent’s red lacquered copy of the Rive Gauche store.

The Carolina Herrera boutique is detailed with macassar ebony tables and finishes, and furnished with the Herrera signature brown-and-ivory-striped silk upholstered club chair and chaise. The Oscar de la Renta shop is a family affair, with coral stone from de la Renta’s brother’s quarry in the Dominican Republic. There is also a sophisticated Roberto Cavalli shop that’s not nearly as flashy as his Fifth Avenue flagship.

The 1,138-square-foot Akris shop is a new design concept created by Akris designer Albert Kriemler. It’s a corner space at the rear of the floor, marked by a unique, curvilinear Canadian maple wood frame installation in a cloverleaf form. The floors are tiled with Spanish crema marfil marble, and the space is furnished with a Santana Moro curved leather couch and a Norman Cherner chair.

“We were committed to a new concept honoring the uniqueness of the project, one that accentuates the feeling of warmth and comfort that is critical today in luxury,” said Caroline Brown, chief executive officer of Akris U.S. “This is supported by exceptional materials, hand-craftsmanship and organic shapes all integrated throughout the architectural process and in line with the very core of Akris.”

Louis Vuitton granted Saks a North American exclusive. “We have worked with Saks since 1925, and we are very excited with this concept store, because it’s the first one outside of our own freestanding boutiques to sell our ready-to-wear,” said Daniel Lalonde, president and ceo of Louis Vuitton North America.

Vuitton’s distribution is very tight, with just the 15 Vuitton stores in North America selling rtw. Abroad, only Harrods in London, Galeries Lafayette in Paris and Hanku in Japan offer its rtw.

Designed by Peter Marino, the 2,700-square-foot Vuitton shop at Saks has an almost residential feel, with embossed-leather fixtures with a hand-brushed finish, hand-painted lacquer walls, gradient zebrano wood chairs and pen shell side tables. Also located on the rear of the floor, the L-shaped space is divided into three rooms — for dressier evening looks, a more casual assortment and runway pieces — and peppered with accessories from top-end handbags to shoes.