The Korean giant has opened five stores for its new brand, 8Seconds. 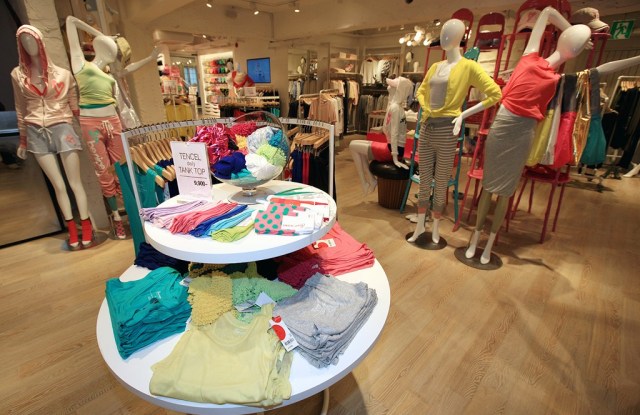 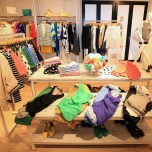 SEOUL — Samsung, a company that got its start as a textile manufacturer before becoming an electronics powerhouse, is setting its sights on becoming a global fast-fashion player.

Samsung’s Cheil Industries has already rolled out the first five out stores of its new brand, 8Seconds. The company plans to open 10 shops targeting revenue of 60 billion won, or $53 million, in the sales by the end of the year. It aims to increase the store count to 300 — including sales points in China — by 2015 and generate revenue of 1.5 trillion won, or $1.3 billion, by 2020.

“We are born to do fast fashion. Koreans are one of the most fast and hard-working people in the world,” said Park Cheolkyoo, vice president of Cheil Industries in charge of overseas merchandising and head of the 8Seconds project.

“There is certainly a niche demand and what is uniquely Korean can be [successful] globally too as we have seen with K-pop,” Park said. “Fast fashion is largely considered disposable. But we want to make it differently with our label. We aim to earn consumer confidence at home and abroad that our clothes are values that outlast seasons and years.”

Tapping into Korean shoppers’ discriminating attention to details, Cheil is putting an emphasis on quality materials and tailoring techniques. Indeed, the 8Seconds concept appears to mix the best of major international fast-fashion players — the affordable prices and commodity value of Uniqlo, trendy style and fast-changing variety of Zara and H&M and the fun in-shop experience of Topshop.

Back in February, 8Seconds opened its first two flagships. One is located in the posh southern part of Seoul and the other is in the central shopping district Myeongdong. Since then, the brand has opened three more outposts in department stores.

8Seconds’ product assortment includes apparel, shoes and accessories for both men and women. Both flagship shops have separate corners selling work from local apparel designers as well as university art and fashion students. The flagship in the southern neighborhood of Garosugil is equipped with printers for on-site production of T-shirts in prints designed by customers.

“We want to promote and incorporate the daring and creative youthful experiments to augment a unique color to the brand,” Park said. “We are making a clothing brand that closely interacts and evolves with consumers.”

A design team of 60 people oversees the creative direction of the line. There is also a pool of merchandisers who spot and incorporate emerging trends into the collections. Cheil, the country’s biggest apparel retailer, also mobilized its supply chain to ensure stocks up to 10,000 pieces for a season, capable of replacing sold-out supplies within a week.

To maintain cost effectiveness and speedy production, the company has supply contracts with 70 manufacturers of which 70 percent are based in China, Southeast Asia, and Kaesong industrial complex in North Korea. Depending on needs and performance, the company might consider building its own production base if its move can help bring down cost, Park said.

Park said the brand plans to bring its sales volume up to about 400 billion won in next two to three years in its core Korean market before embarking on international expansion. The company plans to take the brand first to China in 2015 and later Southeast Asian and Japanese markets, followed by Europe and the U.S.

“The overseas schedule can be pulled up a year or so depending on how well we do,” said Park.

All of the leading international fast-fashion players, including Hennes & Mauritz, Forever 21 and Zara, have a presence in Korea, where shoppers are developing a taste for fast-fashion.

According to Samsung’s in-house fashion research institute, fast fashion brands’ revenue jumped 56 percent on average over the four-year period from 2008 to 2011, compared with a mere 3.9 percent growth by Korean fashion labels over the same time period.

“We have jumped into the fray dominated by foreign competitions who are 20 to 40 years ahead. We cannot overtake them in several years. But we have an edge in local market because we can make clothes that fit Korean people better,” Park said.

“After developing appetite of fast fashion, Korean shoppers had to accommodate to foreign brands that don’t always wear well on them.” If Cheil can keep pace with changing styles and keep up with production, it has a good chance of succeeding in the domestic affordable fashion market, she said.

Cheil, an affiliate of Samsung Group, was established in 1954 as textile producer. It has since diversified its lineup to include chemicals, synthetic materials, fashion and fabrics. Its own labels include Bean Pole, Galaxy, Rogatis, MVIO, Kuho and Le Beige. It is also imports foreign brands such as Issey Miyake, Mango and Tory Burch and operates the two 10 Corso Como stores in Seoul.