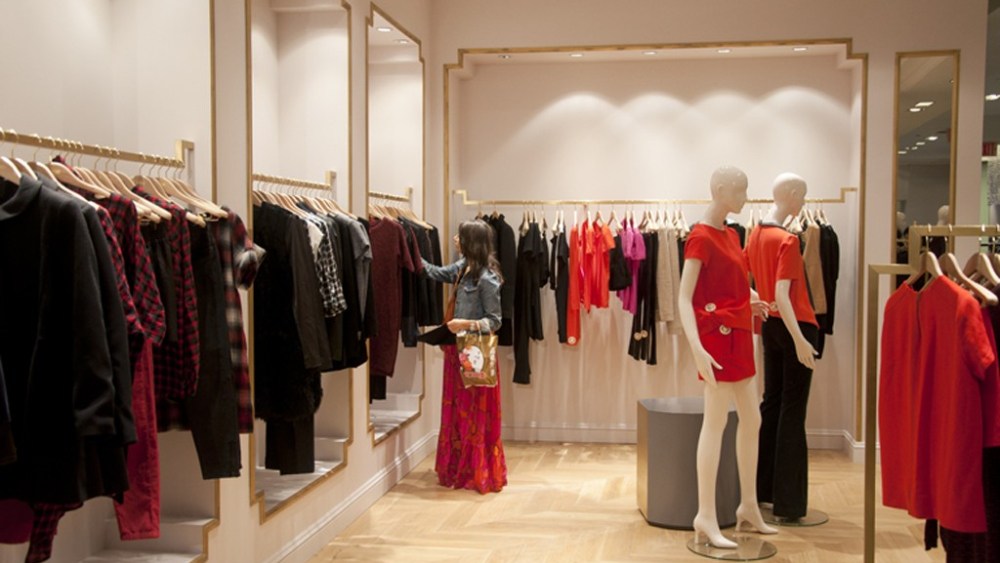 “We are becoming a large and strong group,” said Frederic Biousse, chief executive officer of SMCP Group in France and ceo of SMCP USA. “We’ll open stores for Claudie Pierlot in early 2013.”

The completely autonomous Sandro and Maje collections are designed by two sisters who are said to be friendly competitors. “They don’t spend that much time together,” Biousse said. Evelyne Chétrite heads up Sandro, the Left Bank-inspired collection that’s popular with celebrities such as Alexa Chung. Judith Milgrom designs the more fashion-oriented, ethnic-infused Maje. In the U.S., Maje has collaborated with Vanessa Traina, while in France, it’s worn by Marion Cotillard and Vanessa Paradis.

With L Capital’s deep pockets, Sandro and Maje are looking beyond New York. In September 2012, the brands will hit the West Coast, said Biousse. To serve the entire country, “We have offices in SoHo and a logistics center in New Jersey,” he said. “We take a lot risks in terms of retail and capital investment. We control what we do. We immediately understand what works, so we’re efficient and reactive.” With 450 stores in Europe, Biousse expects to have 50 stores in the U.S. in 18 months.”

A 1,200-square-foot Maje store will bow on Oct. 12 on Spring Street in SoHo. Sandro is looking for a space in SoHo. Separate Sandro women’s and men’s stores of 1,500 square feet will open on Oct. 26 on Bleecker Street, where Maje will open a store on the same day. Biousse said he’s scouring the Upper East Side, Upper West Side, Union Square and NoLIta for Sandro and Maje. “Our goal is to have at least five to eight stores for each of the brands by February,” he said. “We don’t necessarily want the brands to be next to each other, but when that does happen, sales increase by over 20 percent. Customers buy both Sandro and Maje. It’s like cross fertilization.”

Sandro and Maje’s Web sites, designed by Pod1, which has created e-commerce sites for Derek Lam, Nanette Lepore, L.K. Bennett and Harvey Nichols, are expected to launch on Nov. 15.