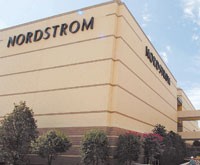 Customer satisfaction is a must for successful retailers. So it only makes sense that the National Retail Federation would develop a survey related specifically to customer service. The NRF Foundation/American Express 2005 Customer Service survey was conducted by consumer marketing intelligence firm BIGresearch. Consumers answered the open-ended question, “Which retailer delivers the best customer service?” The index was based on consumer survey responses. And in order to develop a fair comparison, regardless of a retailer’s size or geographic coverage, the index was weighted by each company’s 2004 sales. “This is a list of winners,” said Phil Rist of BIGresearch. “You can’t get on this list unless a consumer said you are the best.” This was the first year the study has been conducted.

1. Nordstrom
Index: 391.76
Seattle-based Nordstrom has long been known as the place for customer service. The company told WWD it tries to hire enthusiastic people who love fashion, while encouraging them to always take care of the customer. “We also listen to feedback and ideas from both our customers and salespeople on topics ranging from the merchandise we carry to the layout of our stores,” a spokesman said. Blake W. Nordstrom, president, told investors on a conference call that “maintaining positive same-store sales momentum is our top priority. Our efforts in this area ultimately boil down to understanding what our customers want to buy from us.”

2. Coldwater Creek
Index: 368.81
What began as one 18-page catalogue in 1984 has grown into a full-fledged retailer. Sandpoint, Idaho-based Coldwater Creek now has several catalogue titles and 163 stores in the U.S., while boasting sales of $590 million in fiscal 2004. Perhaps because catalogue and Internet purchases are just as integral as in-store sales, customer service must be covered by every angle. Its Web site maintains, “At Coldwater Creek…attentive service lives on. From the person who assists you at any of our retail locations, cheerfully answers your call or online ‘Instant Help’ query, to another who delicately packs your order, to still another who manages our state-of-the-art operations to send your goods without delay, we are dedicated to keeping customers satisfied.”

3. Marshall Field’s
Index: 315.4
Now operating under the Federated Department Stores Inc. umbrella, the Marshall Field’s name soon will be replaced by the Macy’s badge. Marshall Field’s stores have served communities throughout the Midwest for more than a century. The company operates 60 stores, located in Illinois, Indiana, Minnesota, Michigan, North Dakota, Ohio, South Dakota and Wisconsin. According to the company, Marshall Field’s coined the phrase, “Give the lady what she wants,” encouraging millions of shoppers across the Midwest and beyond to look to Marshall Field’s for fashion leadership, superb guest service and a commitment to community involvement.

4. Kohl’s
Index: 296.11
Kohl’s, headquartered in Menomonee Falls, Wis., has been working to enhance its brand mix to attract new customers. The core customer is a “busy mom shopping for herself, her home and her family,” meaning the retailer’s 732 stores incorporate everything from children’s clothing, juniors, young adult, men’s and women’s clothing to beauty products and home furnishings. WWD reported at the end of November that Kohl’s could very well be among the retail winners this holiday season, according to several analysts’ reports filed following Black Friday.

5. Boscov’s
Index: 242.31
Boscov’s is one of the largest family-owned department stores, with 34 locations in Pennsylvania, New Jersey, New York, Delaware and Maryland. According to the company, Boscov’s was built on the policy that “the customer is always right.” “Customer feedback is paramount from formal surveys through individual letters. We are constantly altering our merchandise mix to address survey results,” said Ken Lakin, chairman and chief executive officer of Boscov’s. “We believe store design that promotes ease of shopping, whether nearby parking, clear identification of departments and merchandise presentation, or fast checkout, is most important for customers,” he noted.

6. Recreational Equipment (REI)
Index: 236.77
Being a co-op certainly has its advantages. Founded in 1938 by mountain climbers Lloyd and Mary Anderson, REI has grown to become the nation’s largest consumer cooperative with more than 200 million members. Members enjoy special benefits, including annual refunds and access to unique store settings — which house actual bike test trails and climbing pinnacles. Nonmembers can also enjoy shopping at REI’s 78 stores in the U.S. and by direct sales via the Internet, telephone and mail. REI’s business success has allowed the co-op to make nearly $2 million in donations in support of the outdoors and outdoor recreation.

7. J.C. Penney
Index: 223.21
J.C. Penney employs an estimated 150,000 associates. The department store, which gives customers the opportunity to purchase in-store, by catalogue or over the Internet, continues to thrive with 1,017 stores throughout the U.S. and Puerto Rico and 62 Renner department stores in Brazil. The excellent customer satisfaction is paying off: For the nine months ended Oct. 29, net income was up 181 percent to $537 million. Sales rose 3.6 percent to $12.58 billion, while retail store comps gained 3 percent, and the direct business saw a 3.5 percent increase.

8. Lane Bryant
Index: 219.13
Lane Bryant has built itself to become the largest and most recognized name in plus-size clothing through its emphasis on fashion as well as size. The specialty retailer, whose parent is Charming Shoppes Inc., established itself as the plus-size market’s style leader when it launched the Seven7 Collection in December 2004. The line features designer denim styles and fit for women sizes 14 to 28, as well as trendy sleeveless velvet tops and long-sleeve lace blouses. In June, the firm named “American Idol” finalist Kimberly Locke as its Seven7 spokeswoman for its advertising and marketing campaign.

9. Best Buy
Index: 211.09
The nation’s number-one specialty retailer of consumer electronics, personal computers and entertainment software and appliances took a hit on Tuesday when its third-quarter profit fell short of Wall Street’s expectations on higher costs, while providing a weak outlook for its fourth quarter. Nevertheless, Best Buy has implemented its “customer centricity” initiative, which involves converting stores to a new “segmented” format that tailors products for shoppers. The company has also been working to improve its customer service by joining forces with the Geek Squad, a 24-hour computer task force founded in 1994 that focuses solely on computer support and repair.

10. Eddie Bauer
Index: 189.26
Eddie Bauer, which opened its first store in Seattle in 1920, has grown to more than 425 stores and includes a catalogue and award-winning Web site. The company attributes its success to its guarantee to deliver sincere service and complete satisfaction. In 1995, Eddie Bauer established its Standards for Business Partnerships, a program designed to monitor compliance in facility practices in order to ensure best product results. The company extends its services to the community as well through the Global ReLeaf tree project, a partnership formed with American Forests to plant trees in urban areas.