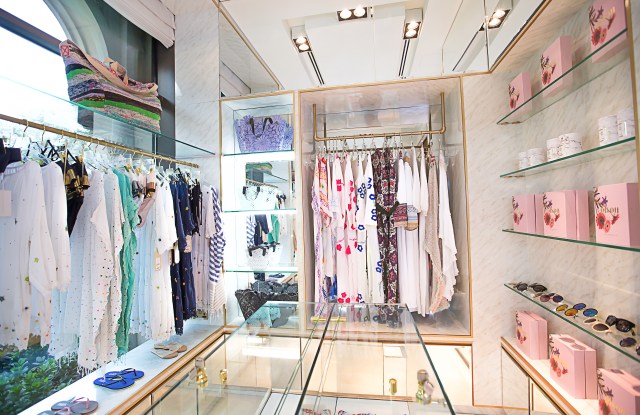 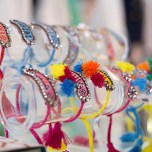 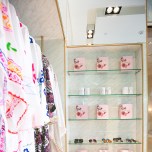 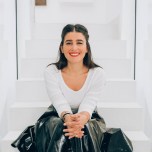 DUBAI —When Zayan Ghandour, co-founder of Sauce, opened her first boutique in Dubai in 2004, the idea of concept stores was new the region. The retail landscape consisted of one megamall which housed all the international luxury brands.

The Lebanese retailer broke from convention and opened her quirky multibrand boutique with business partner Fatima Ghobash in small beachside strip mall called The Village. Her store and then the entire mall fast became the place for cool girls to shop. By scouting then-unknown designers like Mary Katrantzou, Ghandour made Sauce the destination of choice for independent brands as well as fashionistas searching for unique labels.

In the last 13 years, the company has grown to include six stores under the Sauce umbrella: two multibrand Sauce boutiques, a jewelry concept store called Sauce Rocks, children’s boutique, Saucette, a beachfront location called Sauce by the Sea, and the company’s most recent concept—Sauce at the Four Seasons, which opened last week.

The latest iteration of Sauce occupies a small 280-square-foot space at the prestigious beachfront Four Seasons resort in the Jumeirah neighborhood. Despite its small size, the new location is already doing brisk business. “We find that our customers really appreciate this intimate space,” said Ghandour. “In the first week the store was restocked several times. The collection is very eclectic. We change and buy almost on a daily basis.”

That suits tourists for whom the boutique is a one-stop shop for holiday essentials. Ghandour has curated a collection of her favorite contemporary brands, such as Rhode Resort and Sea, as well as swimwear collections from the likes of Stella McCartney and a selection for kids from brands including MC2 Saint Barth.

The move to a small space represents a new chapter for the company. The cost of doing business in Dubai is high, so expansions to new locations have to be well calculated.

“Rent remains our highest single cost, and one that we particularly feel during the retail industry’s slower seasons – especially since rents do not budge when sales slow down and footfall drops,” says Ghandour. “I would say such a challenge has only increased our drive for innovation and fresh perspectives. It has led us to evolve the brands in bolder directions in order to keep up with the cost.”

At the Four Seasons, Sauce has a partnership with the hotel where they take a percentage of total sales. Ghandour said it has been seamless. “Ladies can take things up to their room to try on and they can pay by putting it to their room bill.”

Aside from tourists, the boutique also attracts locals looking for unique product. While being at the prestigious Dubai Mall is essential, she said, the brand is considering more locations in hotels. “Having a location at The Dubai Mall is definitely a defining step in being recognized as a key player on the retail scene.”

But when retail in 2015 came to what Ghandour describes as a “standstill,” the company had to rethink how it was doing business. “We had beautiful pieces that just were not moving off the floors, things stagnated.”

The new store keeps smaller quantities, but inventory is flying off the racks. “We know we are doing something right. It is about movement and energy here. The traffic of the hotel helps tremendously,” she said.

Along with location, Ghandour says the key to longevity and success lies in the edit. “It’s how you bring it all together and keep people visually excited. This is a visual era.”