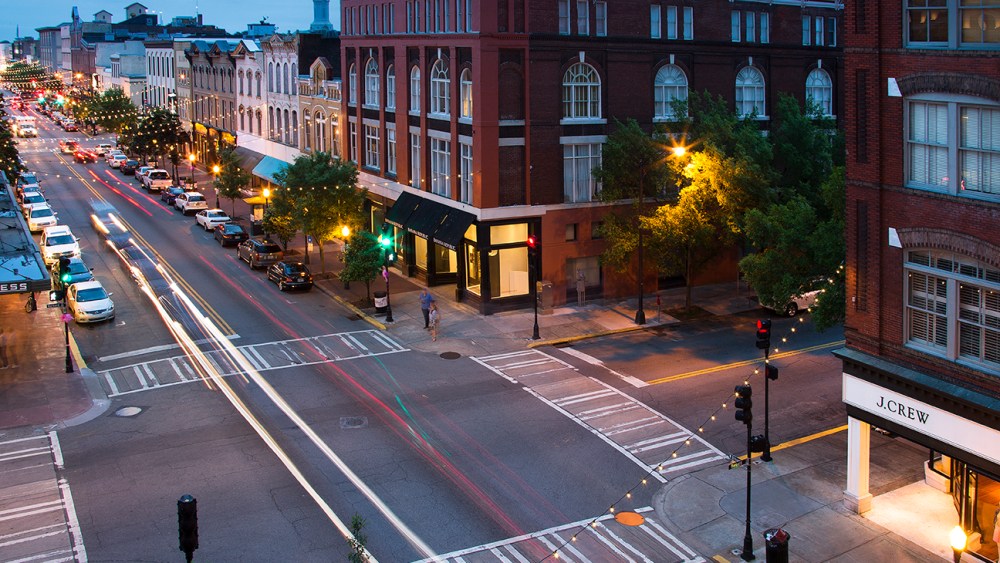 Ben Carter Enterprises started renovating more than three dozen historical properties along Broughton Street in 2014. When completed, the project will have reintroduced over 225,000 square feet of retail and restaurant space. The lofts above the stores will be residential and commercial. The Broughton Street Collection is expected to generate $100 million in new annual retail sales.

“I’ve been a mall developer my whole life and what you’re seeing in America right now is an interesting demographic trend,” Ben Carter, chairman and founder of Ben Carter Enterprises, told WWD. “Tourists and Millennials are choosing historic and urban places to go that are authentic and match their lifestyles. Urban renewal is taking place because the people are desiring to have stores and live back downtown again.” Broughton Street is in Savannah’s historic district, which welcomes 13 million tourists ever year. “Malls don’t benefit from the tourists,” said Carter, whose expectation is that all 37 buildings will be leased and open by this time next year.

Savannah, which is a top five tourist destination in the U.S., is known for its shopping and dining options. The city has 850,000 people within a 50-mile radius and has a 10-year predicted growth rate of 18.6 percent, ahead of the national trend of 9.7 percent.

The $90 million joint venture project is with Acadia Realty Trust, a REIT with extensive experience in urban redevelopment.

Ben Carter Enterprises recently developed Tanger Outlets Savannah, representing an investment of approximately $160 million in the mall together with an additional $80 million in peripheral development around the mall.