Saving Gap: Lots of Opportunity, or Lost Cause?

A turnaround at Gap brand has been elusive.

TO CHECK: Alexia Stok for WWD

With Gap Inc. reporting third-quarter earnings Thursday, investors are looking for answers: Will the spin-off of Old Navy happen as planned by mid 2020 or get postponed; who will be the next chief executive officer, and what’s the strategy for reviving Gap brand?

Gap Inc. — which removed Art Peck as ceo earlier this month, named chairman Robert Fisher interim ceo and pre-reported depressed sales across core divisions — must decide whether to seek a merchant leader for ceo, cast a wider net, or consider an insider.

One possibility is postponing the public spin-off of Old Navy, initially seen occurring in the first half of next year, and shifting Sonia Syngal, president and ceo of Old Navy, to ceo of the overall group. Postponing makes sense considering the business at Old Navy, which accounts for almost half of Gap Inc.’s $16 billion in annual sales, has softened this year and there’s little market receptivity to initial public offerings. 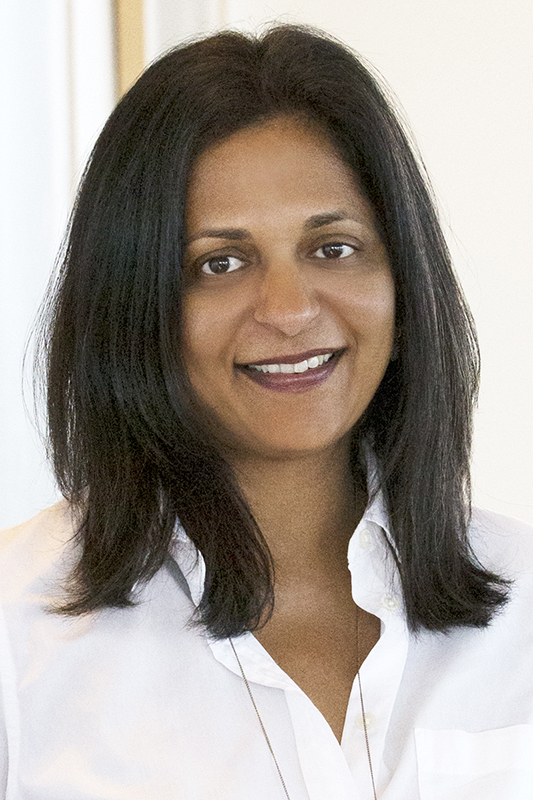 “Sonia knows Gap Inc. inside-out. She’s super strategic and she’s been a rock star at Old Navy, but you can’t take Old Navy public without Sonia there as ceo,” said a retail executive with knowledge of the inner workings of Gap Inc.

While Syngal is considered a strong supply chain and operations executive, not a merchandiser, many believe Gap Inc. would best be served by a merchant leader, someone like  the legendary Millard “Mickey” Drexler, who catapulted the Gap brand in the Eighties and Nineties and launched Old Navy and Madewell. But it’s slim pickings out there. Gap Inc.’s last three ceo’s — Peck, Glenn Murphy and Paul Pressler — were all nonmerchants and unable to turn around Gap brand, stoking some perceptions that Gap is unsalvageable.

Nevertheless, industry sources contacted by WWD over the last several weeks had no shortage of ideas on how to revive the brand and generally expressed hope.

“Gap has lost its identity,” said Robert Burke of Robert Burke Associates. “Right now, I am not sure what Gap stands for. If it’s unclear to people in the industry then it’s really unclear to customers. Gap was one time at the forefront of marketing, with its TV commercials and collaborations. That’s gone away. Gap needs to redefine who they are. Times have changed and the Gap hasn’t. It’s a combination of things that need to be done. There isn’t one magic category. Old Navy has prospered offering product at a price point while still having an image.”

“The Gap needs to study why their stores were once exciting and profitable and an attraction,” said Joseph Cicio, who spent 20 years at Macy’s Inc., rising to senior vice president of fashion direction and creative resources and who ran the former I. Magnin chain. “It was distinctive merchandising, stories, basics, impulse purchasing and merchandising. The Gap needs a major makeover, and it should start with management at the top. New visionary leadership will automatically instill a more progressive merchandising culture. It is not a simple fix, but surely a worthwhile one.”
Other suggestions by Cicio: emphasize volume basics as well as seasonal items, upgrade merchandise presentation standards and reevaluate fixturing and space design.

“When Mickey Drexler was running Gap, there was innovation, new styles, new ideas, new fashion all the time,” said retail analyst Walter Loeb. “They promoted their great assortment of jeans and it was almost mandatory to shop there. It was a destination. Now I don’t think there is much excitement in the store. They need a fashion designer that could boost Millennials shopping there. The story reminds me of Benetton, which was known for tops and sweaters and after a while lost its luster.”

According to Helaine Suval, partner at WHYZ Partners: “Gap needs to focus on their core customer, listen and deliver what that customer wants. They need to look at the competition and identify their USPs (unique selling proposition) and how they become more relevant to their customer. They have the opportunity to address their product offering, their supply chain and their inventory with a focus on sustainability and social responsibility. Gap should approach this with a focus on optimizing omnichannel, and making their stores more interesting and fun for their customer.”

“Gap Inc. needs a visionary, a merchant, a person with passion for clothes. Gap can’t recover without the right leadership. Art Peck was not a merchant. But these days it’s impossible to find a merchant with a sustained track record of success,” said one former retail ceo.

“The board could be saying, ‘Let’s not be blind to people outside the retail fashion industry,'” said the executive with knowledge of the inner workings of Gap Inc.

Another insider who could be a candidate is Neil Fiske, current ceo of Gap brand. He’s more merchant-centric than Peck and had the benefit of working with Leslie H. Wexner at L Brands, where Fiske ran Bath & Body Works, though he was never a buyer and came from Boston Consulting Group.

Among the recommendations for reviving Gap brand from industry experts:

• Simplify the corporation and cut the fat. It’s an overly complex business with too many people involved in too many projects, hampering the ability to focus on key initiatives. The spin-off of Old Navy is seen as a way to sharpen the focus and streamline the portfolio.

• Double down on denim. It’s the “heartbeat” of the brand and jeans are still the core of America’s wardrobes.

• Find leadership that gives investors peace of mind, conveys that Gap brand is still worth something, and that years of comp-sale declines can finally end.

• Continue to rationalize the store fleet. Gap had roughly 1,500 stores at the turn of the century in North America and now is down to roughly 800. Hundreds more are expected to close.

• Strengthen the notion of Gap brand as timeless, with a classic appeal bridging generations.

• Bank more on the online and outlet channels and less on malls where traffic is slowing and where Gap has historically been concentrated.

• Shine a brighter light on sustainability efforts and taking on social causes, which have been overshadowed by Gap’s poor financial performances. Athleta and Hill City have “benefit corporation” designations allowing them to pursue both profit and social good.

At other Gap Inc. divisions, the $2.5 billion Banana Republic has been showing some improvement and is profitable. Athleta has been on the fast track, with plenty of runway for store growth and is headed to $1 billion in volume soon. The company is also gradually growing Hill City, a men’s counterpart brand to Athleta, with new products and distribution channels.

When the plan to spin off Old Navy was announced, Peck said, “We have made significant progress executing on our balanced growth strategy and investing in the capabilities to position our brands for growth: expanding the omnichannel customer experience, building our digital capabilities and improving operational efficiencies across the company. Today’s spin-off announcement enables us to embed those capabilities within two stand-alone companies, each with a sharpened strategic focus and tailored operating structure. As a result, both companies will be well positioned to capitalize on their respective opportunities and act decisively in an evolving retail environment.”

While the spin-off would be a bold move forward, Elaine Hughes, founder and ceo of E.A. Hughes & Co. executive search, suggested some cultural stagnation. “Everyone has been arrested by a fear of trying something completely new and Wall Street punishing the stock if it is not an immediate success,” Hughes noted. “What is apparent is that those in retailing that are trying something new are winning and in some cases it isn’t purely about product, but also other factors such as convenience and integration of experiences and services. Failure shouldn’t mean death, but a learning experience to create success.”