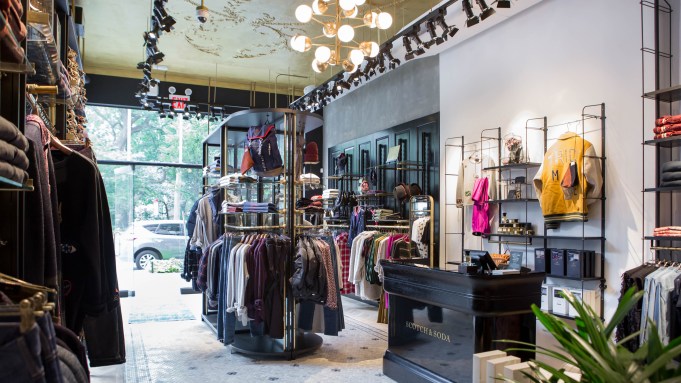 Scotch & Soda is expanding its New York City footprint. The brand has opened a new 750-square-foot store at 416 Columbus Avenue on the Upper West Side. In addition, the year-old Bleecker Street store has expanded its space to 1,120 square feet from 740 square feet with the addition of a dedicated women’s store — the first Scotch & Soda location in the U.S. to do so.

Further Manhattan expansion is planned with the brand anchoring the South Street Seaport revitalization development. That store is slated to open next spring.

Ari Hoffman, U.S. chief executive officer of Scotch & Soda, called New York City “a very dynamic retail market for the brand,” which has units in SoHo, Williamsburg, the West Village and the Upper West Side.

Scotch & Soda currently has 27 U.S. store locations in key market locations such as Miami, Los Angeles, San Francisco and Chicago, in addition to New York. Globally, the brand has over 150 stores, and is distributed to over 8,000 department and specialty stores, as well as the company’s web e-commerce site. The brand manufactures women’s, men’s, boys’ and girls’ apparel.