The new store is the sixth in New York City. 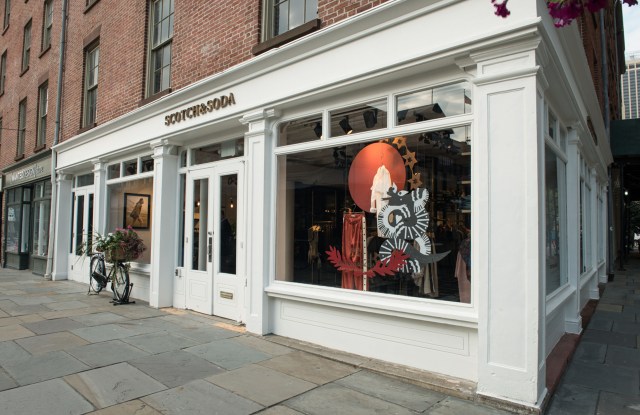 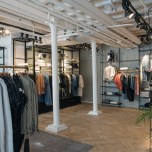 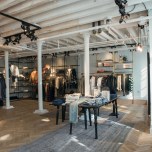 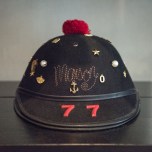 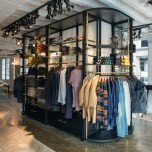 NEW YORK — Scotch & Soda is adding to its cluster of stores in New York.

The Amsterdam-based sportswear brand has opened its sixth unit in Manhattan, a 1,500-square-foot space at 18 Fulton Street at the former South Street Seaport, now called Simply the Seaport District.

Ari Hoffman, chief executive officer of North America for Scotch & Soda, said the company selects areas in which to open stores and then blankets the market. Other clusters in the U.S. are Miami, San Francisco and Los Angeles. “And we’re looking for a new cluster in Texas,” Hoffman said. Although the plan is not to open there immediately, he knows that Houston will eventually recover and Scotch & Soda will open a store there as well as in Dallas and Austin.

In New York, the brand operates stores in SoHo, Williamsburg, Union Square, on Bleecker Street and Columbus Avenue. Hoffman said the company is about to announce a second location in “a very cool neighborhood in Brooklyn,” believed to be DuMBo, which will bring the total here to seven.

“And we envision three more in the New York area,” he said. “We don’t want to sound like Starbucks, opening on every corner, but we think there’s an opportunity to open stores that are scalable to different neighborhoods. So instead of opening on Fifth Avenue or Madison Avenues, we’re opening stores that serve neighborhoods.”

Although in its initial iteration South Street Seaport was a huge tourist destination, Hoffman said the redevelopment that is being undertaken will make the location more of a draw for locals.

The Howard Hughes Corp., which owns the Seaport, is redeveloping the historic district, which dates to 1625, by modernizing it and changing the offering, while maintaining its heritage. The centerpiece will be Pier 17, which is being rebuilt and remerchandised with higher-grade stores and restaurants from acclaimed chefs Jean-Georges Vongerichten, who will also do a fish market in the Tin Building, and David Chang of Momofuku. The Seaport is home to the city’s first iPic theater and will also boast an outpost for the first 10 Corso Como store in the U.S.

“The plans were very attractive to me,” Hoffman said.

The new Scotch & Soda store on the corner of Fulton and Front Streets, also features a nod to the history of the neighborhood. The original facade of the building, which dates to the 18th century, was retained and its cast-iron columns restored.

“The redevelopment of the original downtown waterfront destination, surrounded by historic buildings, Fulton Street Market and cobblestone streets is a natural environment for Scotch & Soda,” Hoffman said. “The neighborhood’s authenticity and character align perfectly with our brand.”

Hoffman declined to provide a volume projection, saying: “It will be a very successful store. New York has been amazing for us — we don’t have a bad store here, that’s why we keep adding locations. This is not just showrooming, we expect to do business.”

This is Scotch & Soda’s 25th store in the U.S. — there are also five in Canada and 194 worldwide. “Our aim and goal is to open around four stores a year,” Hoffman said.

“A lot of people talk about the death of bricks-and-mortar,” he added, “but it works for us. We have a three-channel strategy: our own retail, e-commerce and wholesale, and they’re all viable. But we see more opportunities for retail stores as rents come closer to earth.”

Scotch & Soda has been owned by Sun Capital Partners since 2011. Hoffman said the private equity firm is “happy with the brand and happy to fuel our growth. We’re a big little brand. We’re racking up almost $500 million in business around the world, and growing.”