The collection of tailored clothing and furnishings is spearheaded by Randa Accessories and includes product from Peerless Clothing and PVH. 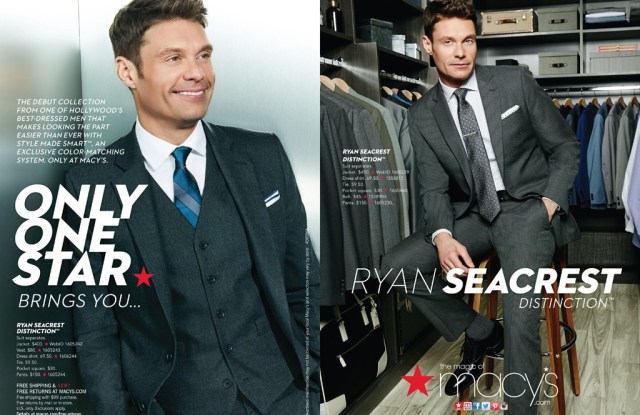 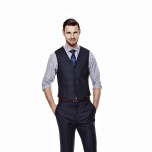 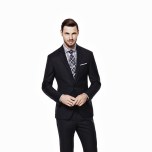 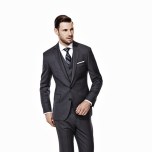 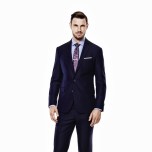 Macy’s believes Ryan Seacrest moves the needle when it comes to mainstream fashion.

That’s the reason the department store is throwing its marketing muscle behind the September launch of Ryan Seacrest Distinction, a new exclusive collection of tailored clothing and furnishings spearheaded by Randa Accessories and including product from Peerless Clothing and PVH.

Richard Carroll, senior vice president and creative director of Randa, said Seacrest has nearly 14 million followers on Twitter and is “very omnipresent” with his duties as host of “American Idol,” “Dick Clark’s New Year’s Rockin’ Eve with Ryan Seacrest,” the iHeart Radio Music Festival and the nationally syndicated morning radio show “On Air With Ryan Seacrest.” He also has his own production company, Ryan Seacrest Productions, that produces “Keeping Up With the Kardashians” and its spin-off “Kourtney and Khloé Take the Hamptons,” and the upcoming drama series “Shades of Blue,” starring Jennifer Lopez.

With a jam-packed schedule like that, why did Seacrest choose to take on fashion as well when he was approached by Randa? “I love a great suit,” he told WWD during a break from his Los Angeles-based radio broadcast Tuesday morning. “As a television host for so many years, that’s what gives me a sense of confidence, style and identity. I’ve always enjoyed that moment when I get ready and put on a suit.

“Every guy needs a great suit, whether it’s for a job interview, a first date, whatever. So I wanted to offer something that gave guys that sense of optimism and confidence,” he added. “Something that was quality and well-designed at an accessible price.”

Admitting that he was “clearly not” a designer himself, Seacrest said he worked closely with Randa, which is producing the neckwear, tie bars, cuff links, belts and pocket squares, as well as Peerless, the tailored clothing licensee, and PVH, which is producing the shirts, to “articulate what I like. In the beginning,” he said with a laugh, he was not conversant in the vocabulary of the fashion industry. But now, he’s more comfortable talking about fabric content, linings and trim. “I’ve learned and evolved during this process,” he said, adding that he has been “engaged at every level.”

While the collection’s styling is fairly traditional, its aesthetic is young and modern and designed to appeal to Millennials, which is a key focus for Macy’s.

“We don’t need another suit in the store,” Guion said. “We’ve got every brand and fit and silhouette.” But tailored clothing is generally geared to the more mature man, he said, and this line will “hit the youngest part of Millennials who need a suit.”

Ryan Seacrest Distinction will feature 2 1/2-inch wide notch or peak lapels in a two-button silhouette with flap pockets and two side vents, Carroll said. There will be natural suppression in the waist, and the flat-front pants will be slim. Cuffs will also be tested. A tuxedo will be offered in a one-button silhouette with a center vent. The line will be sold as separates with jackets retailing for $400 and pants for $150. Some styles will also be offered with vests.

Shirts will be slim fit with a spread collar, a two-button notch cuff and signature Ryan Seacrest midnight navy contrast thread stitching on the final button. They will retail for $69.50. The 100 percent silk neckwear will retail for $59.50 and patterns will include everything from paisleys and plaids to solids and horizontal stripes.

What sets Ryan Seacrest Distinction apart from other tailored clothing offerings is its color-matching system. Called Style Made Smart, the system matches the four major suit colors — black, brown, navy and gray — with complementary accessories. Each item will have a label with corresponding numbers while hangtags will offer pairing and styling tips.

Seacrest said the idea was derived from the way he organizes his closet. Each suit is hung next to coordinating shirts and ties, allowing him to quickly grab one, slip it on and be on his way. “It was born from simplicity, speed and efficiency, and alleviates mistakes,” he said.

Guion stressed that the Style Made Smart system is merely a suggestion. “You can either like it or ignore it,” offered David Katz, Randa’s chief marketing officer.

Seacrest said he doesn’t think of himself in terms of celebrity or even a style setter. Instead, “I know what I like; I have a curiosity and a point of view.”

Part of that can be attributed to his friendship with Burberry chief creative officer and chief executive officer Christopher Bailey. Seacrest said that over the years, he has been outfitted by the designer for various red-carpet appearances and Bailey helped him make a statement with a white dinner jacket he wore at this year’s Academy Awards. (In fact, Guion said, “A white dinner jacket will be coming” for the Ryan Seacrest Distinction collection.)

And even though he now has his own collection, Seacrest won’t sever the relationship with Bailey. “I will definitely wear some of mine and some of his,” he said.

To introduce the line to consumers, Macy’s will employ a marketing strategy that positions Seacrest as the “curator” rather than the designer or celebrity, said Martine Reardon, chief marketing officer of the retailer. First up will be a humorous television commercial featuring Seacrest. He will also appear in print ads and catalogues and will be the host of “Fashion Rocks,” which will air live on CBS on Sept. 9. The day before, he will host his radio show from the Herald Square flagship. The marketing push will continue through the fall, and Seacrest will be front and center as holiday approaches, as host of the annual Jingle Ball. The brand will also have its own page on macys.com as well as dedicated e-mails to customers.

In stores, Macy’s will install 150 dedicated shops in the tailored clothing departments around the country, and the furnishings will be included in those shops as well as in the classifications areas.