The retailer will open new Sean stores and enter the wholesale business next year. 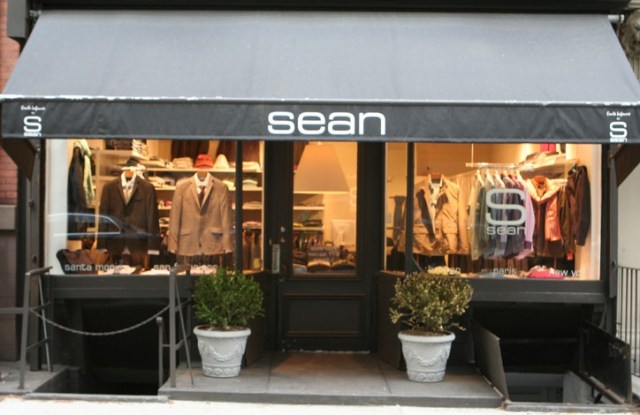 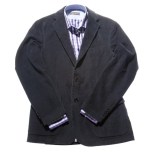 Sean Cassidy grew up in Maine, so it’s not out of character for him to describe everything in skiing terms.

“You put your poles in the snow, push off and see where you go,” he said.

In the past 13 years, the children’s book marketer-turned-retailer has gone quite far. He operates six men’s stores under the Sean name in New York and California, and last week he signed a lease for a new shop at 2163 Union Street in San Francisco, which will open in March.

This will be a relocation of the company’s existing store at 1749 Union Street. Cassidy said he is also seeking a spot in Noe Valley on 24th Street in that city but has not yet found the right location.

Next year marks the moment that he will enter the wholesale business as well, offering the Emile Lafaurie men’s collection to other retailers in the U.S.

Since its modest beginnings as a small boutique in New York’s SoHo, Sean has been the sole distributor of Lafaurie’s designs in America. The association came about after Cassidy stumbled across the designer’s store in Paris while there on vacation. “I went to Paris to get away from the publishing business and found Pierre,” he said, using Lafaurie’s given name. “I loved his clothes and told him he should open a store in New York. The next thing you know, I was signing a lease on Thompson Street. I thought that I could be waiting tables in six months, but happily, it’s worked out.”

That small storefront, which sported the Sean name and sold only Lafaurie’s updated traditional men’s wear designs, quickly attracted a following with its assortment of suits and sportswear at affordable prices. For example, suit separates offer jackets from $275 to $425 and pants from $150 to $195; a poplin shirt is $128; merino V-neck sweaters are $138, and a wool-cashmere French painter’s coat retails for $198.

“We strive to provide great product at a great price,” Cassidy said. “We can dress a guy from the office to the weekend. We’re not trying to reinvent fashion, but we want to bring the guy along. Most men need help and guidance.”

The Sean stores average 600 square feet and have a neighborhood appeal. “We’re in a pretty big pond, but we have a relationship with our clients,” he said. Customers tend to be in the more creative fields, he noted.

The collection Lafaurie carries in his three Paris stores is identical to that sold in the Sean stores in the States. And, Cassidy said, “the bestsellers there are the bestsellers here.” Suit separates “have been our sweet spot for a long time,” he added.

Recently, Lafaurie launched a wholesale business in Europe, and the plan is to do the same in the U.S. Cassidy said he will travel to Paris in the first two weeks of January to finalize the wholesale strategy. The first step will be to hire a sales rep and visit potential accounts with the brand’s “traveling showroom.” He will also use the Sean shop in SoHo to exhibit the line to potential customers.

“Pierre just launched wholesale with Le Bon Marché in Paris,” Cassidy said, “and we’re forming a company in the U.S. in 2011.” Cassidy hopes to target retailers such as Barneys New York and Fred Segal with the collection, “as well as the few small stores that are left.”

He is also hoping to add a fourth New York City unit on the Upper East Side — other locations are in SoHo and on the Upper West Side — but “it has to be the right deal and the right size. It’s tricky when you’re a small business, but you have to stay profitable.”