Edward Lampert is determined to prove to Wall Street he's a retailer after all. 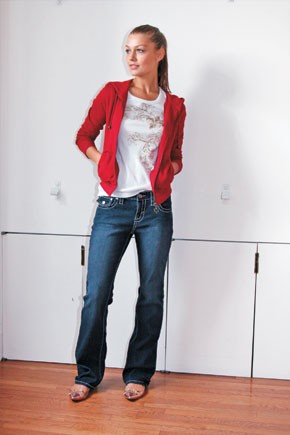 Edward Lampert is determined to prove to Wall Street he’s a retailer after all.

The Sears Holdings Corp. chairman and his team are making some long-awaited merchandising moves in the hedge fund billionaire’s retail empire in an attempt to reenergize Sears’ apparel offering, stimulate traffic and generate some buzz. And key among them is taking the well-trodden path of launching a celebrity label, albeit with an unexpected partner: rapper LL Cool J.

Sears has teamed up with the hip-hop veteran to launch a brand calledLL Cool J for Sears. The collection of casualwear for juniors, young men’s, girls’ and boys’ will roll out to 450 of Sears’ 900 stores in September and could generate as much as $100 million to $150 million in its first year, sources said.

If it succeeds, the brand could go a long way toward easing some of the growing skepticism over Lampert’s strategy for Sears Holdings, which combines Sears and Kmart, and whether the conglomerate is more of a financial play than a retail one. If all goes as planned, the LL Cool J brand would be a boost for the store’s “softer side,” said Irv Neger, Sears’ senior vice president of apparel, serving an urban consumer the retailer hasn’t been addressing. “We know this [urban] customer is in the store, but it’s a customer we weren’t reaching. With this brand, we see tremendous growth opportunity.”

As for what LL Cool J knows about women’s apparel, the hip-hop artist insists he’s had plenty of experience. “I was raised by a matriarch, I have a wife and three daughters, so I know what women are looking for when they shop for clothes,” he said. “My main concern with juniors is to make sure the fit is right. The fabrics have to feel nice on a woman’s body, but sizing and fit are very important. I know that if she comes in, puts it on and it doesn’t fit, she won’t come back. Clothes have to make a woman feel good, relaxed and sexy. We are going to be constantly looking at fine-tuning the fit and we’ll get it right.”

But Sears is going against the grain by tapping the 40-year-old rapper. Retailers seem to be launching celebrity lines as quickly as they’re marking down in these tough economic circumstances, but most lately have been signing younger, fresher faces — Avril Lavigne will soon launch at Kohl’s and Rachel Bilson is doing a line for DKNY Jeans.

Also, as many celebrities and stores have learned, the apparel road isn’t always a guaranteed hit. While Sean “Diddy” Combs has built an empire with Sean John, he’s always found women’s wear to be a challenge — taking it in and out of business. Beyoncé Knowles’ House of Deréon brand has seen its ups and downs, and rapper Eve has launched and relaunched her Fetish brand several times. On the other end of the spectrum, Gwen Stefani has built a solid business with her L.A.M.B line and Mary-Kate and Ashley Olsen have made their mark at Wal-Mart with one brand and at Bergdorf Goodman with another.

Sears executives are hoping LL Cool J’s longevity in the business will be a plus rather than a negative in these flash-in-the-pan times.

The store is building shops-in-shops for the brand in each department. In the juniors area, the LL Cool J brand will sit near the current mix of sportswear from Southpole, Levi’s, Personal Identity and Joe Boxer. “The shop-in-shops in each category will help to show customers our new point of view,” Neger said.

The collection will retail on the higher end of its mix in juniors — from $22 for a graphic T-shirt to $50 for a pair of jeans.

Evidence of LL Cool J’s involvement is evident throughout — from an embroidered tattoo on the back of a jacket to song lyrics printed on a T-shirt. By holiday, the collection will grow in number of stockkeeping units, extend into 600 doors and launch accessories, Neger said. With LL Cool J’s wide appeal, Neger said he can envision the brand extending into new categories ranging from bedding to fitness equipment.

The entertainer, whose given name is James Todd Smith, has been building his music career since 1984, when Def Jam Recordings co-founders Russell Simmons and Rick Rubin signed him as a flagship artist for their label. He was just 16 years old. Since then, the Queens, N.Y., native has released 12 albums; 10 of them reached multiplatinum status and the last two reached gold. His 13th record, titled “Exit 13,” will hit stores in July.

And, like many of his peers, LL Cool J has broadened his scope beyond hip-hop. He’s appeared in several movies, including the upcoming “The Deal” with Meg Ryan and William H. Macy, and has been featured on Fox’s “House” and NBC’s “30 Rock.”

The entertainer also has written a children’s book, “And the Winner Is”; a workout book, “LL Cool J’s Platinum Workout,” and an autobiography, “I Make My Own Rules.” His men’s apparel brand, Todd Smith, sells at Macy’s and specialty stores, competing with Sean John.

“I have always had a hand in fashion in some capacity [as the face of brands such as Kangol and Fubu], but I have never embraced a brand the way I will embrace this,” LL Cool J said. “The LL Cool J name is a brand I have been building for 25 years and I didn’t want to do this line with just any store. I wanted to wait until I felt comfortable enough to take the leap.”

Neger said that even before he met with LL Cool J, he was working with Regatta, the Li & Fung-owned production house, to bring more fashion into Sears, which is based in Hoffman Estates, Ill. Regatta executives eventually signed LL Cool J, and is handling the production of LL Cool J for Sears apparel.

With Regatta’s capabilities, Neger said there should be no problem shipping new product monthly. Regatta has become known as a force in the industry, producing a series of retail-exclusive brands including Simply Vera Vera Wang and Daisy Fuentes for Kohl’s and Metro 7 for Wal-Mart.

Evoking his youth in Queens, where he shopped in Sears with his grandfather, LL Cool J said he wanted to launch the line in a store with which he had an emotional connection. He said he also wanted his brand to appeal to a wide audience of working families.

“We used to run up and down the aisles, we would play games in the store,” he said. “I used to beg my grandfather to take me to Sears and then to get some fast food after. I have the fondest memories of the store, so this partnership just felt right.”

Neger said he sees the partnership as long-term, with the brand becoming a core part of the overall structure at Sears. The line is part of Sears’ overall turnaround strategy to fill a void in the store and address more of what shoppers are looking for, Neger said. The retailer has adopted a specialty store mentality.

“Tough economic times create evolution and we are going to take the steps to develop and make us right for our customers,” Neger said.

“We are going to take a lot more risks in juniors,” he said. “It’s all about style, quality and value in juniors and we plan to move quickly, reacting to the trends and constantly have new merchandise on the floor.”

If the brand is well received, it would be a much-needed boost for Sears after a tough year financially. The firm’s fiscal 2007 financial performance fell below expectations and Sears Holdings emerged from the holiday season with excess inventory, particularly in apparel, leading to costly markdowns.

As a result, Lampert has come under increasing pressure from investors to articulate a strategy for Sears and Kmart. Sears Holdings’ shares are far off their 52-week high of $183.25, closing Friday at $87.95, down 2.39 percent from the day before.

At the Sears annual meeting earlier this month, executives said the company will focus on three areas to turn around the Sears businesses: protecting margins, optimizing promotions and pricing and better managing how goods are bought and sold. Lampert also said Sears Holdings’ restructuring into five distinct business units, announced in January, should enable the company to improve accountability and productivity of all assets from brands to real estate to home services.

And after several years of not remodeling stores and scaling back on marketing, Lampert recently has shown signs he recognizes their value. Kmart, for instance, launched a major marketing campaign this spring, including TV ads, to emphasize its low prices and breadth of product.

Neger said there will be a major marketing push behind the LL Cool J brand as well, both in print and TV.

The ads will feature LL Cool J himself, along with his family — his wife, Simone, son Najee and daughters Italia, Samaria and Nina. The idea, the rapper said, is to bring the brand to the whole family by showcasing his own family in the campaign. In addition, LL Cool J said he will be working on more ways to give customers access to him, by holding in-store contests where a shopper can win a chance to hang with him in the studio or on the set of a video.